The Next 4 Games Are Very Winnable for the Vikings 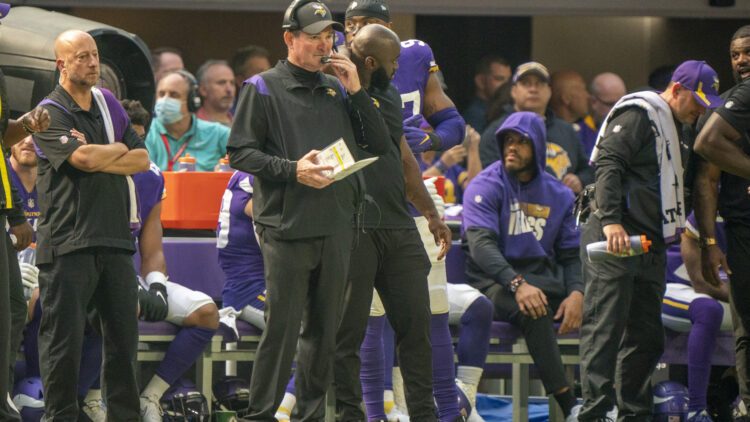 The Minnesota Vikings are currently 5-5 and on a two-game winning streak.

They have a good shot at going 4-0 or 3-1 these next four games. It is certainly not a guarantee, but it is a possibility.

Here is a look at their next four games:

Yes, three of the games are on the road but still very winnable. The Chicago Bears are 4-7, but winning at Soldier Field is always a struggle for the Vikings. Very winnable yes, but again they always struggle there. This week’s could very well be the most difficult of the four. San Francisco is also 5-5 and on a two-game winning streak. Vikings will be without their entire starting defensive line on Sunday. They could still win, but those four will certainly be missed.

Given they still have to face the Los Angeles Rams at home and the Green Bay Packers on the road, you can definitely make a strong case that the Vikings need to go 3-1 at minimum to stay in the playoff hunt. Beating the Packers at Lambeau Field will be very tough and the Rams game could be a win, but will also be a tough one.

One thing is for certain. This team needs to keep being aggressive. These past two weeks the coaching staff has more aggressive, which has played a very critical in them winning both games. They had been too conservative numerous times the first eight games. Head coach Mike Zimmer and offensive coordinator Klint Kubiak have received plenty of heat from the fans and media for that reason. It makes you wonder what if they were more aggressive earlier in the year. They very well would have won two or three more games by now, which would have put them in the hunt for the top seed in the NFC. The win at home against the Detroit Lions may also not have come down to nail biting win.

What’s done is done though. This team still has a good shot at making the playoffs and who knows maybe they could give the Packers a good fight for the division if they keep winning and the Packers start to falter. Again, this team needs to keep being aggressive. Yes, the defense has been a disappointment (injuries have played a role), but given the weapons on the offense, they could have been even better earlier if they were not too conservative.