It’s Time for Zimmer to Be Done. 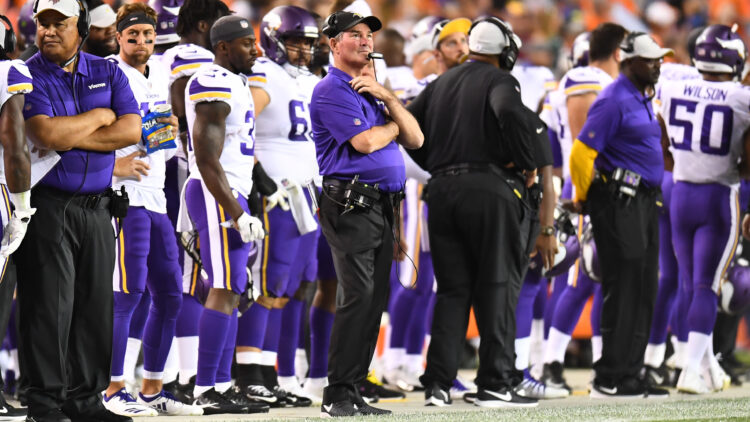 The Vikings’ disappointing and soul-crushing loss on Sunday was the final nail in Zimmer’s coffin.

Minnesota’s terrible letdown against Detroit is just a microcosm of the last two seasons. A good-not-great offense puts the team in a position to win. Then, excruciating defensive lapses cost the team the game.

The same story has played out again and again over the last 28 games, and it can’t be allowed to continue.

Mike Zimmer prides himself as an excellent defensive strategist, and his track record backs this up. Over and over, Zimmer’s defenses have performed among the best in the NFL in Zimmer’s time in the league. And repeatedly, he is name-dropped as a coach no quarterback enjoys facing.

But Zimmer’s era in Minnesota has proved the unsustainability of the Vikings approach to winning, their absolute reliance on an elite defensive effort.

We all know the stats at the end of the 1st half. Minnesota has allowed 72(!!!) total points in the final two minutes of the first half in just 12 games.

For those without a calculator at home, that is six points per game. That calculates to a ridiculous three points per minute at the end of 1st halves of play.

But the game isn’t decided in the first half — points that are allowed early can be overcome late. So, how has Zimmer’s defense performed late in games?

For a team with a defensive head coach, that type of performance is unacceptable. Mike Zimmer’s primary job is influencing the defense through coaching and playcalling to mesh, specifically when it matters most.

And Zimmer has failed at this, and failed badly, in recent seasons.

Of course, we can make excuses. Oh, Danielle Hunter is injured. Patrick Peterson was out. Hey, Eric Kendricks was missing.

But it’s Zimmer’s job not to get shredded on defense by an 0-10 team when he is down a few starters. That is *why* you have a defensive head coach so that the defense can still perform when the talent isn’t the best in the NFL.

At the end of the day, decisions in the NFL come down to value, and Zimmer does not bring enough value to this team to justify his continued employment. Zimmer needs to be fired. I don’t know if that means firing him today or tomorrow, waiting until after the TNF game against Pittsburgh, or until the end of the season.

But make no mistake, the Mike Zimmer era in Minnesota is over.

The years of Zimmer fielding top five defenses in the NFL and Minnesota winning with paltry offensive production are over. This team needs to build around its young stars – Justin Jefferson, Brian O’Neill, Christian Darrisaw – and finding a coaching staff that will do just that must be this organization’s highest priority.