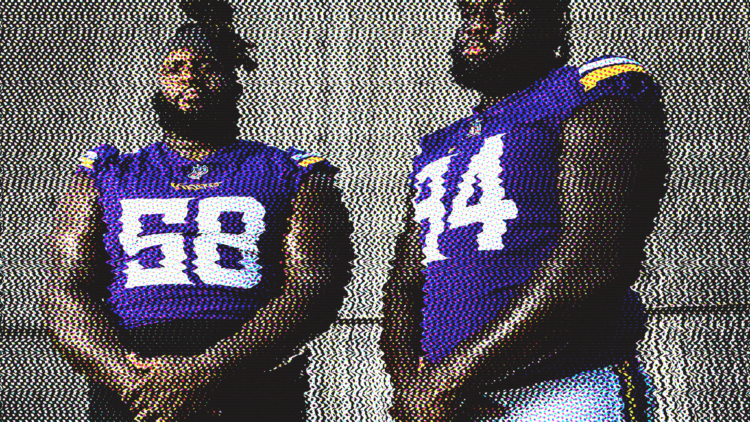 The Minnesota Vikings, on and off the field, never make anything boring. They are not capable of it.

This Sunday, the team travels to Santa Clara for a meeting with the 5-5 San Francisco 49ers. Even if the Vikings showcased the healthiest defense in the continental United States, squaring off against Kyle Shanahan’s 49ers would be tricky.

Because the Vikings rank 27th in the NFL for rushing defense, whereas the 49ers are the league’s eighth-best rushing attacked per rushing yards. The 2021 Vikings are not stopping the run, despite rostering players like Michael Pierce and Dalvin Tomlinson — reputable run stuffers.

Minnesota’s rush defense is already undesirable, so when the calamities continue to stockpile — the prognosis for Sunday is even grimmer.

Danielle Hunter is out for the season, tearing his pectoral muscle at the end of October. He will not be coming through that door until 2022 (if the Vikings choose to re-up with his services this offseason). Right out of the gate for this 49ers matchup, the Vikings are missing their top defensive player.

Then, this news hit the wire yesterday — another gut punch for a team that needs run-stopping bodies.

And the working theory on Tomlinson is that he’s unvaccinated, increasing the chances he’ll miss Sunday’s game. His Pro Football Focus grade through 11 weeks of 2021 is 73.8. Ergo, PFF would explain the Vikings will be without their second-best defender per the grading metric.

Of course, Michael Pierce is on injured reserve with an elbow injury. His stint with the Vikings — it started in 2020 — is marred by events that disable him from playing. There goes the starting nose tackle.

And finally, Everson Griffen may or may not play in Week 12. A video surfaced on Wednesday morning, showing Griffen apparently battling a mental health matter. The last time this happened with Griffen, the Vikings were sans his services for a few games in 2018. It should be noted Griffen didn’t outwardly break the law here, but the content of the video is perplexing. The man might need some time off.

As a foursome — Hunter, Tomlinson, Pierce, Griffen — that’s the Vikings starting defensive line. And there’s a reasonable chance none of those men play. Perhaps one sneaks onto the field, but you get the point.

In reserve, the Vikings will rely on a combination of D.J. Wonnum, Sheldon Richardson, Armon Watts, and Patrick Jones II [or Kenny Willekes]. Filling in the gaps are players like Eddie Yarbrough and James Lynch.

No matter how it’s analyzed, Minnesota will be depleted upfront — even if Tomlinson and Griffen play. Just like head coach Mike Zimmer schemed and beat the Los Angeles Chargers a couple of weeks ago without his big-name defensive playmakers, he’ll have to fire up a Californian sequel against the 49ers if the Vikings want to approach a 6-5 record.