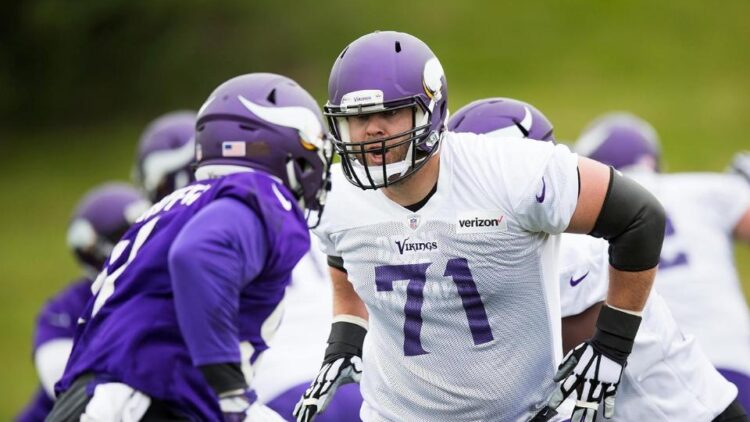 For this entire offseason, Vikings media sources have been speculating whether Riley Reiff would be cut, restructured, or traded the entire offseason, and we finally have our answer. On what was already a big NFL news day, the Vikings announced Wednesday afternoon that they will officially be releasing LT Riley Reiff.

Coming off a 2020 season in which he already took a paycut for the franchise, the Vikings have decided to move on from the nine-year veteran, and they save about $11 million in cap space in the process.

With this move, the Vikings have officially moved under the newly set $182.5 million salary cap, and while this probably isn’t the last move they make to clear cap space, it goes a long way in giving them flexibility to make signings this offseason. It also raises a new debate about the direction they go in at left tackle in 2021. Reiff has been there for the past four seasons since coming to Minnesota from Detroit in 2017. The most probable move is towards Ezra Cleveland who spent his Boise State collegiate days at the position, but it still isn’t out of the realm of possibilities that they draft a high profile player in the early rounds of the draft.

No matter what, this release is a movement towards youth and the future in Minnesota. With Irv Smith set to take over at tight end after the Vikings released Kyle Rudolph earlier this month, it now appears a young player will be taking over at left tackle.