This Could Be It for Rodgers at U.S. Bank Stadium 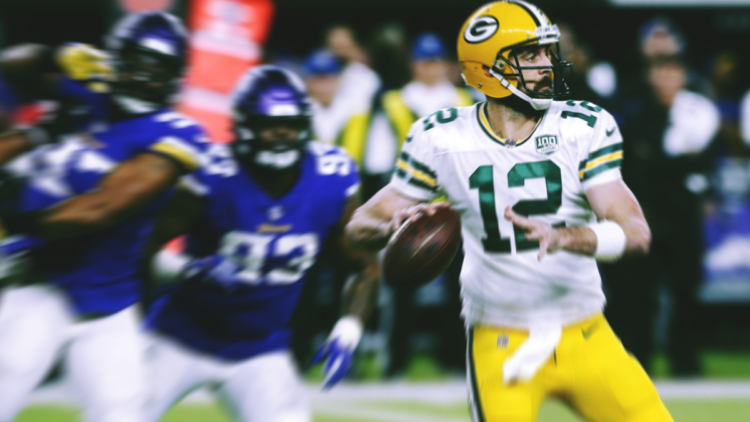 From the day of the 2021 NFL Draft until the end of July, rumors of Aaron Rodgers’ potential exodus from the Green Bay Packers dominated the NFL news cycle.

Rodgers was discontented with his role in Green Bay, seemingly envious of the power other superstar quarterbacks like Russell Wilson or Patrick Mahomes carry with roster construction, among other items. The vibe that Rodgers could actually leave Green Bay and either sit out, retire, or demand a trade was palpable six months ago.

But then Green Bay threw Rodgers a bone, trading for his pal Randall Cobb and assuring the 38-year-old quarterback he was wanted in Wisconsin. Rodgers returned, and the Packers have accrued an 8-2 record through 10 weeks of 2021.

Indeed, Rodgers and All-Pro wideout Davante Adams are embedded in what they call a Last Dance, a shoutout to the Michael Jordan docuseries from the summer of 2020. Rodgers even personally implied “Last Dance” was the gig for this season, posting this picture on Instagram.

So, when the Minnesota Vikings square off against Rodgers’ Packers on Sunday, that might be his last dance in U.S. Bank Stadium, too.

The Packers are 2-3 at the Vikings house with Rodgers in charge, and 1-3 with fans in attendance. His passer rating in those games is 90.6, a respectable road passer rating. But since U.S. Bank Stadium opened in 2016, Rodgers’ passer rating is 103.4 cumulatively leaguewide. The dip to 90.6 is a 13% fall-off.

In five games in Minneapolis since 2016, Rodgers has thrown six touchdown passes and two interceptions — not exactly set-the-world-on-fire stuff.

Although Rodgers’ history at U.S. Bank Stadium is splotchy by his standards, no one ever predicts he’ll struggle. Therefore, each time he arrives in Minneapolis, there is a sense that the veteran quarterback will carve up the Vikings.

That’s the case for 2021, as well. Right now, the Packers are a better football team than the Vikings, and most pundits believe Green Bay will knock off Minnesota in Week 11. And most of that prediction is rooted in Rodgers’ reputation of stardom. Because otherwise — the Packers are without several keynote players like Aaron Jones, Jaire Alexander, Za’Darius Smith, and Robert Tonyan. Rodgers’ availability alone ensures Green Bay is a 1.5-point favorite to down the Vikings.

It is unclear if Rodgers will effectuate his Last Dance prophecy. If he does, this could be his final trip to Minneapolis. Rodgers isn’t young, and betting money suggests Rodgers would trek to an AFC team if he does leave the NFC North. The Vikings don’t play AFC teams with much frequency. Green Bay is unlikely to trade Rodgers to an NFC team. Keep an eye on teams like the Pittsburgh Steelers and Denver Broncos this offseason for theoretical landing spots.

Green Bay seeks to increase its homefield advantage probability with a win over Minnesota on Sunday, whereas the Vikings strive for a mere playoff appearance with triumph versus Rodgers in Week 11. Those are the stakes, and it could be Rodgers’ last dance in Minnesota.

Also Read: Vikings a Whisker Away from Playoff Seeding