Is It Time for Vikings to Panic if Dalvin Cook’s News Injury Gets Worse? 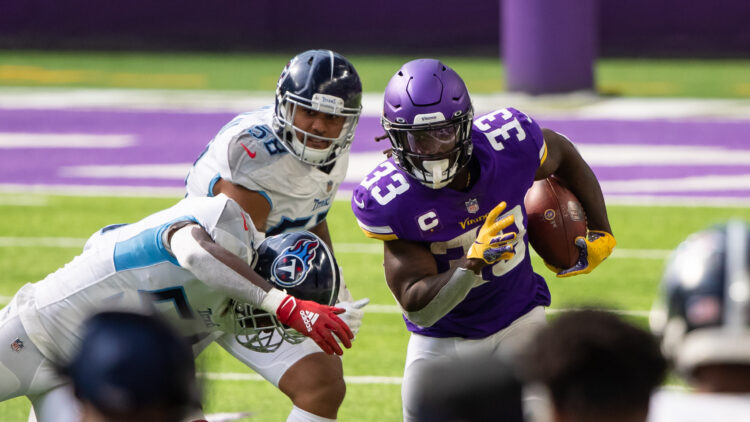 I expect Dalvin Cook to play against the Seahawks on Sunday. His ankle injury doesn’t sound too serious. As expected, Cook hasn’t been practicing this week. Leave him to rest and roll him out on Sunday seems to be what they have in mind. Judging by comments from head coach Mike Zimmer, the injury would need to be serious for them to consider leaving out the lynchpin of this offense.

“At this stage, it’s time to get some wins. Dalvin’s a tough guy. If he can’t play, then there’s a reason why he’s not playing, but he makes us go, so we’re going to continue to play him.“

Unsurprisingly at 0-2 in a season that Mike Zimmer needs his team to make the playoffs at least — he doesn’t even want to think about having the man who makes his offense tick unavailable. Playing through an injury always runs the risk of making it worse. It’s enough of a problem for them to have Cook sitting out of practice. A minor sprain could become a big problem. Hopefully, it doesn’t, but what if it does?

I’d be wary of Cook’s workload this week and going forward. He has played on 106 offensive snaps this season, while backup Alexander Mattison has only played 22. Cook has 42 rushing attempts to Alex Mattison’s 4. The 3rd round pick out of Boise State is highly regarded and has shown glimpses of his talent. In the opening two games, he has been largely anonymous, even after Cook’s injury. Totaling just 13 yards from his four rushing attempts at an average of 3.67. Four attempts don’t allow much time to get into a rhythm. Even assuming Cook does play against the Seahawks, I’d venture to suggest that getting Mattison more involved should be high on the agenda.

With an injury problem as early as week 2, continually feeding the ball to Cook over and over again is fraught with danger. With little confidence shown in Mattison to pick up some of the slack in the opening two games, how much confidence is there in him to perform in a possible Cook absence? I’m not sure there is a lot. Someone with the talent of Dalvin Cook is impossible to replace like for like.

There wouldn’t be much support for Mattison. Ameer Abdullah and AJ Rose are on the practice squad, and Kene Nwangwu is on injured reserve. Abdullah would likely be called upon. He’s only rushed the ball 33 times in the last four seasons. Twenty-three of those came in the 2019 season. This year’s pre-season star AJ Rose may get another chance to shine, and who knows may once again take it.

Win with the Passing Game?

Of course, why can’t the Vikings just let Kirk Cousins loose to win the games for them? After all, he’s currently playing as good as he’s ever played, and he has high-caliber weapons to throw too. As improved as the offensive line was against Arizona, this is a team that has been built to run the ball. Ask that offensive line to sit in pass protection for most of the game, and it probably doesn’t end well — especially if the opposing defense’s don’t have Dalvin Cook to worry about anymore and can really dial in ongoing after Kirk Cousins.

The fact is, the Vikings need Dalvin Cook fit and healthy all season.