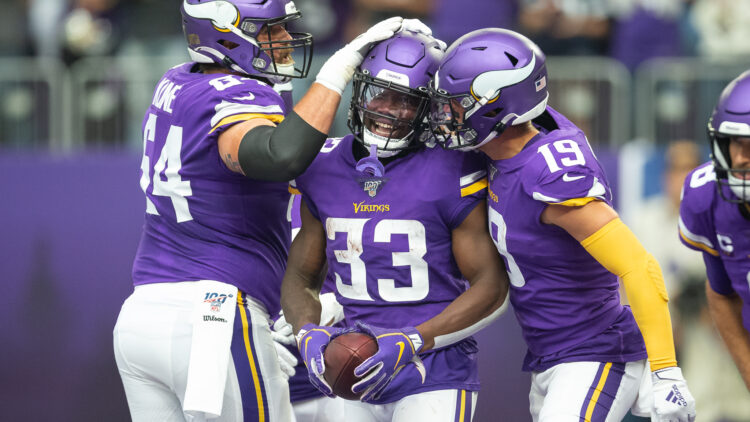 The only quasi-notable offensive move enacted by the Minnesota Vikings outside of free agency in 2021 was a trade with the Arizona Cardinals that donned guard-center Mason Cole in purple and gold clothes for the upcoming season. General Manager Rick Spielman sent a 6th-Round pick to Arizona for Cole’s services.

Indeed, it was an offseason of defense for Minnesota, although the 2021 NFL Draft was an offensively-themed one. In that draft, Spielman added Christian Darrisaw and Wyatt Davis to the offensive line and Kellen Mond to the quarterback room.

The offseason can be classified as a defense-first operation. Head coach Mike Zimmer is theorized to be on a “hot seat,” so if the 65-year-old Vikings skipper doesn’t make it to the 2022 season, he will have gone out on his terms — defense, defense, and more defense. The Vikings defensive free agent signings included Patrick Peterson, Dalvin Tomlinson, Bashaud Breeland, Xavier Woods, Nick Vigil, and Stephen Weatherly. Stacked against other team’s defensive hauls in free agency, the Vikings executed more impactful moves than most.

The ironic part? Even with no free agent moves on offensive whatsoever, Minnesota carries over a “Top 10 Supporting Cast” for Kirk Cousins into September. Bleacher Report ranked every team’s supporting cast for 2021, and the Vikings placed at #7. Kristopher Knox of Bleacher Report said about his #7 nod for Minnesota:

“The Minnesota Vikings used a third-round pick in this year’s draft on Texas A&M quarterback Kellen Mond. This is still Kirk Cousins’ team for the time being, but Cousins may have to deliver more than just above-average statistics to remain the starter for the long term. Cousins will have no excuses for not being great in 2021. While Minnesota lacks a high-end third receiver, it relies heavily on tight ends as the third receiving target. Irv Smith Jr., Kyle Rudolph and Tyler Conklin each played at least 41 percent of the offensive snaps last season. While Rudolph departed in free agency, Smith and Conklin remain. The Vikings’ top two receivers are both Pro Bowl-caliber. Justin Jefferson racked up an astounding 1,400 receiving yards and seven touchdowns as a rookie in 2020, while Adam Thielen had 925 receiving yards and 14 touchdowns. Then, there’s running back Davin Cook, who has proved to be one of the game’s best when healthy. He does carry some injury concerns, but he still produced more than 1,900 scrimmage yards with 17 touchdowns in 14 games last season. Alexander Mattison, who averaged 4.5 yards per carry last season, is a more-than-serviceable insurance policy at running back.”

It’s also noteworthy that in 2020 — before the 2020 season, akin to these rankings — the Vikings ranked #16. That is, Knox foresaw the Vikings offensive supporting cast as middle-of-the-road before truly seeing what fireworks Justin Jefferson would eventually showcase.

Ergo, the Vikings have bigger shoes to fill this season. The departure of Stefon Diggs proved not to be the death blow that many Vikings loyalists worriedly mused. In fact, Minnesota’s offense was better in 2020 without Diggs. The Vikings scored the third-most points in franchise history during the pandemic season, only bested by its 1998 and 2009 franchises.

So, what does this mean? Well, Kirk Cousins is sitting pretty from a weaponry perspective. His offensive line is habitually trashy with the Vikings, but the additions of the aforementioned Darrisaw and Davis are hopeful ones to finally solve the pass-protection woes. If Minnesota can somehow actionize an offensive line that is not awful, the sky is the limit. Have a look at the one year during Zimmer’s tenure when the offensive line was close to average and not embarrassing.

That’s right. The year that Minnesota’s pass protection did not scrape the bottom of the barrel — the team reached the NFC Championship. Truth be told, this is all that Vikings fans have screamed for over half of a decade. Give the quarterback — whomever it is — average pass protection and let the chips fall.

If Darrisaw, Davis, and their pals can provide this reasonable output, then Cousins and his seventh-ranked offensive toolbag can reach full potential.