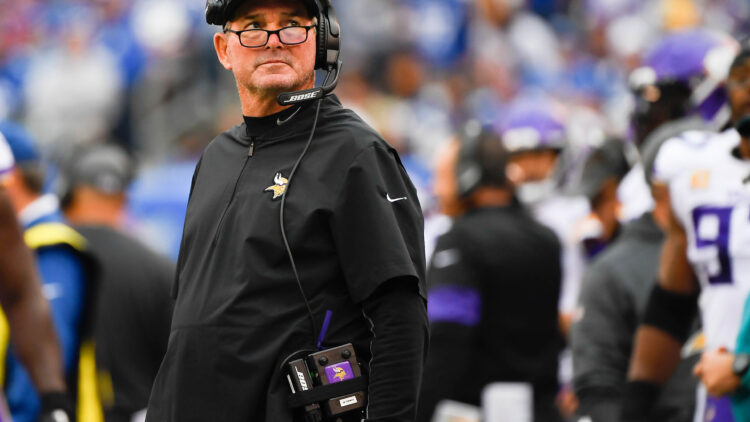 Per Tom Pelissero on Good Morning Football, the Minnesota Vikings have been busy on their phones. They’ve already had a busy offseason with multiple splashes in free agency, but now, these phone calls are regarding a potential trade into the top-10 of this week’s NFL Draft. The Vikings are one team on Pelissero’s list that also includes the Eagles and Patriots that could make a move in the coming days. The picks that seem to be up for grabs right now are numbers seven and eight which currently belong to the Lions and Panthers

Regardless of what actually happens, though, this should be fantastic news for Vikings fans for one reason. Pelissero states that the Vikings would most likely move up for an offensive tackle. The likely pick in this position would be Rashawn Slater, but even if Minnesota doesn’t trade up, this shows that offensive line will indeed be a position that they target.

If they stay at 14, players that could be a target would be guys like Christian Darrisaw, Alijah Vera-Tucker, or even Wyatt Davis. Any one of these players would significantly improve an offensive line that has struggled mightily over the past few seasons.

As for a trade up, the most likely scenario is probably a deal with Carolina at the eighth pick. It’s hard to imagine the Lions being too keen on making a deal to help their division rival improve one of their weakest position groups, and the Vikings probably don’t want to give them multiple draft picks that could turn into quality players.

In order to move up to eight, the Vikings will likely have to give up a large amount, especially if they are going to be contending with multiple teams. The Eagles sit two spots above them in this draft already, so a deal with Philadelphia is a little more enticing as it stands. We could be looking at a situation where Minnesota has to give up one of their third round picks in this draft as well as multiple future picks. That said, if a move up gets them a guy like Slater along their o-line, that package is more than likely well worth the draft capital.