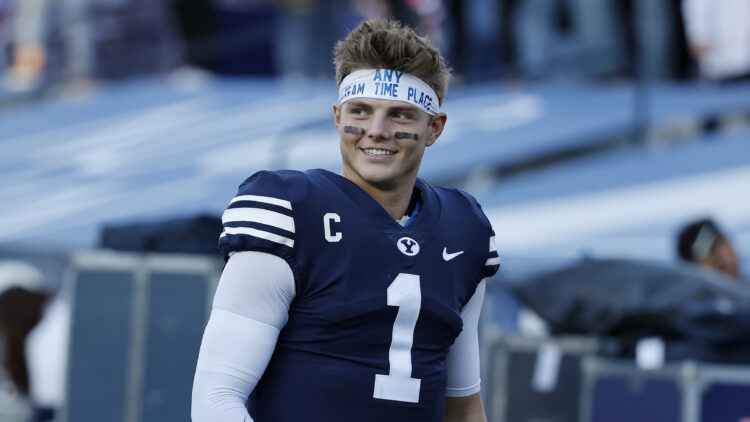 The current Minnesota Vikings regime has made it pretty clear that they are all in on their franchise quarterback Kirk Cousins. They have gone so far as to make him the richest free agent signing in franchise history, and giving him an extension last off-season on top of that.

The pro/anti-Cousins debate rages every day on Vikings Twitter. During the season it really can reach a fever pitch and make you wonder if Minnesota fans really are rooting for the same team at times. One fact remains through this all: Kirk Cousins is extremely valuable on the market.

This opens another proposal that has already been beaten like a dead horse this off-season: trading Kirk Cousins for draft capital and selecting one of the top quarterbacks in the 2021 NFL Draft. So, over the next few days, I’ll operate under the assumption that some deal like this has happened, and the Vikings have attained a pick in the 5-10 range, along with their current pick at 14.

With that said, let’s explore the first possible target for a first round quarterback on my very short list, Brigham Young University’s Zach Wilson. Wilson, a three year player for the Cougars, exploded onto the radar this season with an excellent statline of 3,692 passing yards, 33 passing touchdowns to just three interceptions, a completion percentage of 73.5% and 10 rushing touchdowns to boot.

He also led BYU to their first double digit win season in nearly a decade and their first one-loss season since 1996. Until their loss to #14 ranked Coastal Carolina, BYU was in serious consideration for the College Football Playoffs. Wilson did not receive much in the way of recognition for his accomplishments individually, but he did win offensive MVP of BYU’s bowl game against Central Florida.

When you watch Wilson on film, the first thing you notice about him is his ability to make plays off-schedule. He is very mobile, but not to the point of running being his first option. He likes to move outside of the pocket, extend plays, and open up new throwing lanes for himself. His receivers are allowed to work into open spots and still have chances to make catches, even if their routes are already run.

He stays extremely calm when rushed and usually has an excellent feel for the pocket. Working up and out of the way of deep rushers isn’t an issue at all. He also has some Stafford-like ability to shape his arm angle to fit his throws around rushers and coverage alike.

With this ability comes some overconfidence. He’s willing to throw into almost any window, or perceived window, even if it means throwing ill-advised passes across his body. Vikings fans will have some 2009 NFC Championship game flashbacks. He is a gunslinger, which can be good, but don’t expect him to repeat his efficient 2020 performance of only three interceptions very often.

He also will need some work on his lower body and mechanics to get a more consistent deep ball. Wilson is very much like Teddy Bridgewater was, he has a good deep ball, but he really needs time and space to throw it. When he throws passes normally, he tends to not engage his legs enough to drive the ball and as a result he tends to lollipop throws to the outside a bit too much.

Again, this whole idea is assuming the Vikings have moved Cousins and have the luxury of two first round picks. However, Wilson could fall to where the Vikings are currently at 14 anyway. Wilson is probably the weakest candidate of the approximately five first round quarterbacks.

If the Vikings took him, it could very well be Teddy 2.0, minus (hopefully) any gruesome injuries. That comes with some good and some bad. First, forget about competing in 2021, or at least competing using a high-octane passing offense. Second, the offensive line issues could be masked a bit more with Wilson’s ability to navigate the pocket. Finally, prepare for even more debates akin to that of Teddy/Keenum/Bradford. At the very least with Cousins at the helm, there’s no doubt who should be the starter.