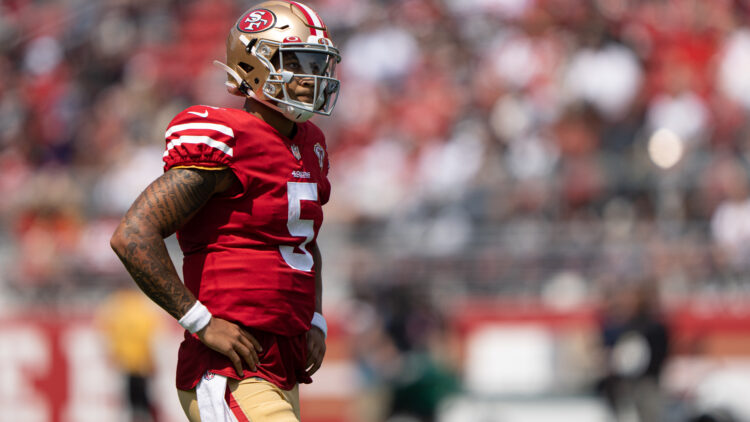 The boldest offseason move in the NFC West was made by the Los Angeles Rams, who acquired veteran QB Matthew Stafford in a trade with the Detroit Lions. Seattle has one of the best QBs in the game and both Arizona and San Francisco have recently-drafted franchise signal-callers, but the NFC West’s story in 2021 will be dictated by the level of success the Rams experience at the hands of Stafford.

This division is truly wide open. One could craft a compelling argument for three of the four teams to win the West. I would leave Arizona out of that group, for now, although it’s clear their arrow is pointing up.

The most talented roster in the division is in Los Angeles. The 49ers are right there, but let’s see how some of their difference makers bounce back from injuries. Seattle has that championship mettle that makes them hard to bet against. Arizona has an up-and-comer at QB and has done a good job of adding veteran talent in the last several months, namely WR AJ Green and DL JJ Watt.

In looking at style of play and game flow, the teams who can light up the scoreboard in any given week, and therefore can never be counted out of a game too early, are Arizona, Los Angeles, and Seattle; San Francisco is left out of that group. But the teams who, in any given week, can completely shut you down are Los Angeles, San Francisco, and Seattle; Arizona is left out of that group. So it’s LA and Seattle who are in both groups, and the Rams have the more talented roster despite a slight edge at quarterback for Seattle.

In looking at the schedules, it’s the Rams who have a chance to take control early in the season. They host the Chicago Bears and travel to play the Indianapolis Colts in the first two weeks before hosting Tampa Bay and Arizona in consecutive weeks. A showdown with Seattle is set for Week 5. That’s not an “easy” schedule by any stretch, but it’s more manageable than the other three teams in the division.

No matter how you slice it, you always seem to come back to the Rams. And maybe that’s appropriate given their bold move for Stafford this past offseason. If the Rams are right with Stafford, the game is over in the NFC West. Their talented defense features dominant players at every level and will hold things down while head coach Sean McVay and Stafford work things out early. Eventually, the smart money is on the McVay-Stafford union proving fruitful, which will only embolden the already-dominant defense.