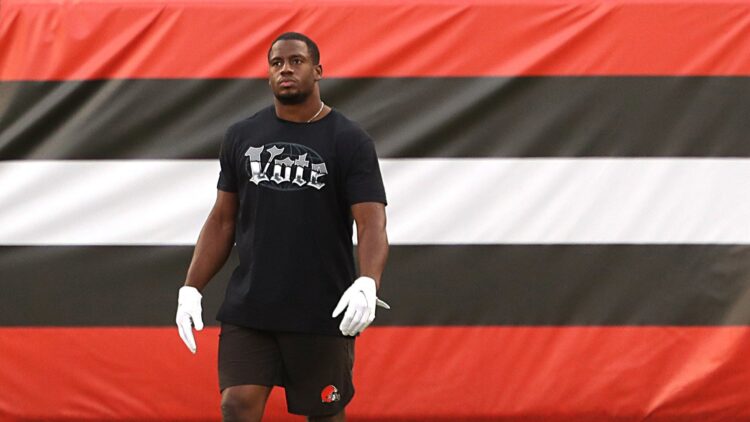 It’s time. It’s Cleveland’s time. A changing of the guard will take place in the AFC North as the Browns are poised to surpass Baltimore and Pittsburgh. It will be the first time since 2015 that a team other than Baltimore or Pittsburgh won the division, and it’ll be Cleveland’s first division title since 1989.

The introduction to this preview does come off a sensational, but it’s not a tactic designed to catch attention. It’s an accurate characterization of where this division stands and where the compass is pointing for one of the teams within it. That team is indeed the Browns.

Baltimore and Pittsburgh are not to be disrespected. Both organizations have exceptional front offices and coaching staff. Both have franchise quarterbacks in place. Both have stout and talented defenses. This division is not for the faint of heart. It’s rough and tumble. But it’s going to see a changing of the guard in 2021 because the Browns are poised to take the next step and survive this all-out brawl of a competition.

Quarterback Baker Mayfield has a touch of lightning rod to him. Some love him, and all that comes with him. Others see his talent but shy away from a full endorsement because of the way he conducts himself. But the Browns offense doesn’t begin and end with Mayfield. This group features, arguably, the best offensive line in the League. There is a two-headed attack in the backfield with Nick Chubb and Kareem Hunt. And there is plenty of talent at the pass-catching positions, especially with Odell Beckham, Jr. expected back at full speed. This offense is equipped to be among the most explosive in the NFL, and that’s a good thing because the Ravens and Steelers defenses are equally as impressive.

On defense, the Browns have a formidable front led by DE Myles Garrett. The linebackers are workmanlike, and the secondary features a lot of talent that must now channel its energy into executing the scheme and benefiting from a front four that will pressure opposing quarterbacks.

As stated earlier, the Ravens and Steelers are who they’ve always been. There is nothing to sneeze at in Baltimore or Pittsburgh. The Ravens have a stingy defense and will look to control the ball on offense with Lamar Jackson and a stable of running backs who will shoulder the load with JK Dobbins sidelined for the season. The Steelers have the services of Big Ben for one more season at least, and he has plenty of pass catchers at his disposal. You can expect their offensive line to be solid, per usual, and now they have a rookie running back in Najee Harris, who is a source of optimism that the running game can once again become a factor in the Steel City.

Cincinnati is an organization trying to build its team the right way – drafting its franchise quarterback (Joe Burrow) and investing in protection and playmaking around him while also adding pieces to its defense. The Bengals problem, put simply, is their division. While they are still a year away from being good enough to contend, even if they were a year ahead of schedule, they would still be hard-pressed to be more relevant than they are because of the level of competition in the AFC North.