The Vikings push for playoffs is already underway… 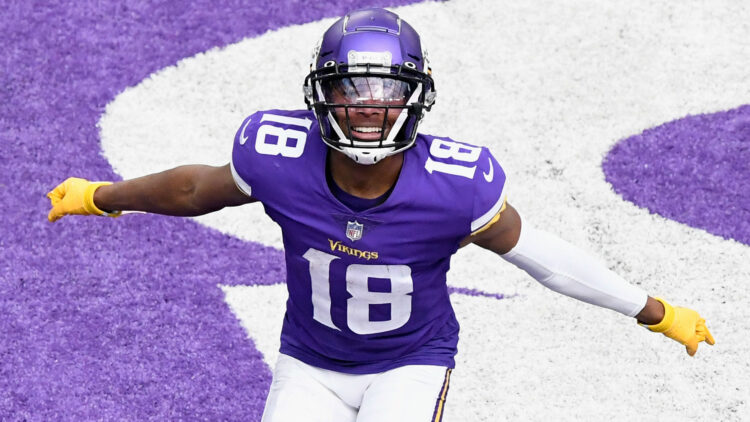 There you have it, the Minnesota Vikings are officially in the #6 spot for the NFC Playoffs!

Sure it’s only Week #11 and there’s still a long ways to go, but did any of you really think we’d be saying that phrase earlier this season when the wheels were falling off left and right?

With the Carolina Panthers and New Orleans Saints losing on Sunday, the Vikings win over Green Bay not only pushes them into a playoff spot but all the way up to the #6 spot in the NFC. That’s cool.

Before I tell you what’s even cooler, do all your superstitious things right now. Throw the salt over your shoulders, cross your heart, say a prayer, whatever you do, do it now…here we go…

Back to .500 with a 5-5 record, the Minnesota Vikings are about to tear through a four week schedule with some very winnable games. It starts off with a bit of a challenge on the road in San Francisco to face the 49ers, but then it’s Detroit on the road, Pittsburgh at home and Chicago on the road. You should, SHOULD, SHOULD, walk out of there with at least three wins giving yourself an 8-6 record ready to face the Rams in December.

Sure you do end with the Rams, then Packers on the road only to close out at home against the Bears (which doesn’t always end well)…so go get the wins now and make a run for the playoffs, the real actual NFL playoffs!

And it all starts next week as the San Francisco 49ers are tied with the Vikings at a 5-5 record and this game might end up being some sort of tie-breaker down the stretch for these teams whether it be for a final spot or for home-field maybe even in the mix. According to Five Thirty Eight the Vikings chances of making the playoffs jumps up to 83% with a win over the 49ers on Sunday…and it drops to 43% if they lose this weekend in San Francisco.