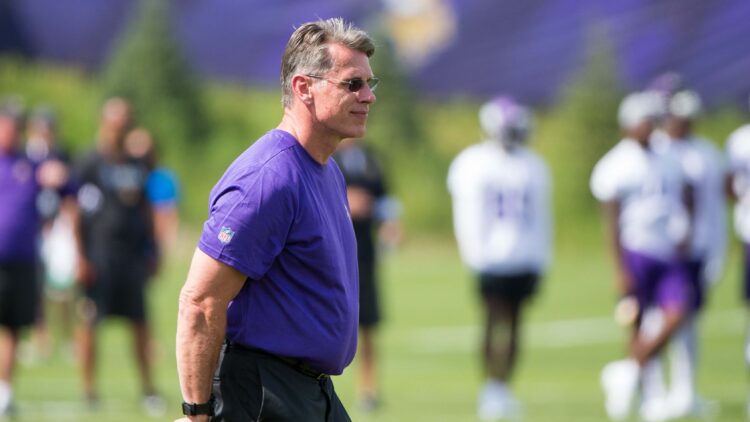 PFF, as I’ve often said, is a true blessing to the sports writer. Their work is a guiding star in a cold, dark Minnesota evening, a lighthouse for a fog-filled sea, a compass to a wayward traveler. Alas, they have delivered once again. The recent PFF article covering the top 50 impending free agents ought to provide some hope for the beleaguered, weary, and exasperated Vikings fan.

PFF, The Vikings, and The Top Free Agents

Let us begin with the purple finances. According to the fine folks at Over the Cap, the Vikings have 46 players under contract next year. Even still, the team is more than $5 million over next season’s projected cap. In other words, the team has work to do. Finding a willing trade partner for Cousins would alleviate some of that financial stress, even if the team had to retain some money. An extension may also make sense. The team will also be looking to save money by cutting or restructuring Danielle Hunter, Anthony Barr, and several others.

Brilliant Brze has done it before. Don’t be too discouraged with the money portion of things.

Now, fans will likely be smitten with the top-tier names. How deadly would it be to see Davante Adams partner with Thielen and Jefferson? Alas, such a dream is precisely that: a dream (not altogether unlike a non-stressful Vikings game). Here at Purple PTSD (and VT, as the case may be), we do our utmost to at least feign plausibility. So, let us proceed with the feigning.

Let’s start with a linebacker. Is that as exciting as, say, a star edge rusher or receiver? By no means, though they are still important. Barr is likely gone, and Kendricks will soon be 30. After those two we just have depth pieces. The 26-year-old Foyesade Oluokun is built like a modern LB insofar as he only weighs 215 pounds; he is their #43 free agent. PFF suggests that he is currently a below average player; previously, he has been above average. For the right price, the Vikings may be interested in bringing him in. The defense needs to get younger.

To the delight of Vikings fans everywhere, I’ll suggest an o-lineman as the next options from the PFF free agents. Take a peak at what they have to say about Connor Williams, their #39 free agent: “Williams was a top-50 pick in the 2018 NFL Draft and a full-time starter at left guard right out of the gate in Week 1 of his rookie season. He’s gotten better each season, earning a career-high mark in pass-blocking (70.9) and run-blocking (77.4) grade halfway through the 2021 season.” He is still only 24. Sign me up for an improved OL, even if it means moving Ezra Cleveland to a backup role.

I’ll constrain myself to one more name. The Vikings, as I previously mentioned, need to get younger on defense. If they want to swing for the fences, they’ll make a move for Carlton Davis, the #8 free agent. Minnesota loves corners who are long and strong. Davis fits that criteria: “Carlton Davis is one of very few good, young cornerbacks set to hit the free agent market and among an even shorter list of cornerbacks with the ability to play man coverage and battle head-to-head with an opposing team’s No. 1 wide receiver. This more rare skill set always has a higher earning potential on the open market, but a franchise tag here for around $17-$17.5 million might be the most likely outcome.” He is still only 24. For a variety of reasons, recent first-round corners Trae Waynes, Jeff Gladney, and Mike Hughes didn’t work out in Minnesota. Perhaps the team looks toward free agency, especially with Patrick Peterson, Mackensie Alexander, and Bashaud Breeland on expiring deals.

Of course, a lot will change between now and free agency. It’s anyone’s guess how things proceed with the Vikings roster. So much will depend on whether they actually move on from Zim (and perhaps Spielman, Cousins, and several others). Stay tuned, and let the free agency speculation begin.