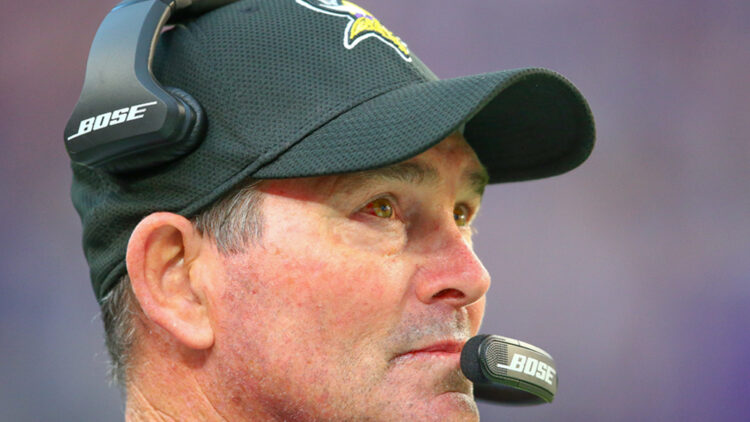 At this stage, it’s unclear who will get the opportunity to become the Minnesota Vikings’ offensive coordinator. Tyke Tolbert is being considered, and Lil’Kub is still a frontrunner for the position.

Over at Purple PTSD, Dustin Baker speculated that perhaps Minnesota is waiting because they’re looking to hire Eric Bieniemy. It’s an interesting idea. Sure, it’s a lateral move, but it’s one where Bieniemy could have way more control over an offense. He would basically have autonomy on his side of the ball.

Zimmer has an overall vision and philosophy for how the offense should operate, but the OC gets a ton of leeway to run things in Minnesota. It’s also notable that in his recent interview on Good Morning Football, Kirk Cousins expressed his sense of awe for Kansas City’s offense.

“I like the continuity of the offense but I think there’s some other things we can add as well to make us even better.”

Zimmer is still in the middle of his OC search: “We’ve got a couple more we’re going to do this week.” Zimmer also explained that “[t]here’s so many things we did well offensively last year. I liked the continuity of the offense.” Overall, Zim thinks the offense is good but can be even better: “We had an awful lot of penalties last year offensively, which we need to change. Obviously, we’ve got a good run game. We’ve got to look at the personnel and try and figure out where we can go from here and how we can get to the next step.”

He explained today that the overall goal remains focused on winning the Super Bowl: “Every day you think about, ‘How can we get to that level?’ Every day it’s in our building, in our processes that we do. Every day we go out on the practice field. Like I said before, it’s extremely difficult.”

It’s safe to say that he is on the hot seat, so he really does need to nail this hire. Many people said it was Super Bowl or bust in 2018. We’re now in 2021. The new OC will not have very much time to get his feet underneath him. Minnesota needs to win now; if they don’t, there will be a new leadership group moving forward.

We can say with a reasonable degree of confidence that the Vikings need results immediately. Cousins is in the prime of his career, as are Dalvin Cook and Adam Thielen. Irv Smith Jr. and Justin Jefferson are already fantastic players who still have room to grow. The offensive line remains subpar, but it isn’t like there’s no talent up there. Brian O’Neill – a second round pick – is a stud, and Garrett Bradbury is a first round pick who is entering his third season. The new OC needs to find a way to bring all of these promising pieces together into a coherent, explosive offense.

One could take this need for immediate results and interpret it in at least a couple ways. Maybe the need for immediate results adds pressure on Zimmer to hire an established, veteran coach. Bieniemy, for instance, has been working with Andy Reid for several years. Their offenses have been fantastic, largely due to working with a historically-great QB in Patrick Mahomes.

On the other hand, perhaps the need for immediate results will prompt Zimmer to hire someone internally. After all, Zim has had considerably more success with his OCs when he has hired from within. There’s no debating that Zim is a demanding boss, someone who will likely rub people the wrong way from time to time. Hiring a coach who is already on the staff and familiar with how to work for Zim might be the most sensible option, especially if that person has been Cousins’ QB coach these past couple seasons.

In any case, these next few days are going to be very interesting. The Cousins trade rumors seem to have momentarily cooled off, but another speculative tweet could easily reignite things. Moreover, there will certainly be more news emerging about Minnesota’s path forward at OC. I think it will be Lil’Kub, but what do I know?

One thing we can say with some certainty: whoever gets the Minnesota Vikings offensive coordinator job will need to find success very quickly.