Mike Zimmer Should Give Up Defensive Play Calling 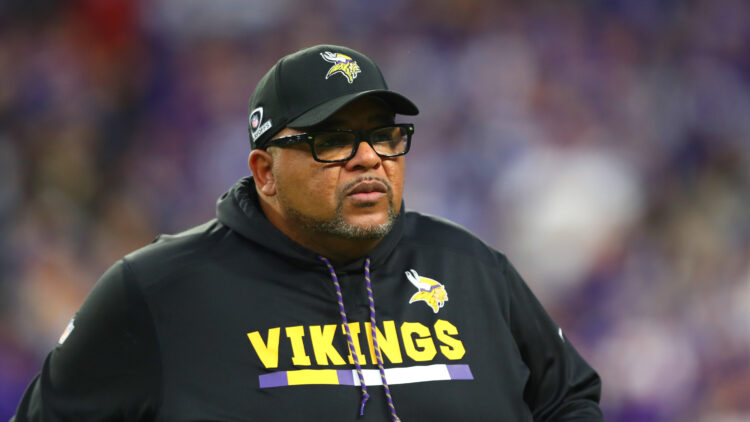 The season hasn’t gone as planned. Many writers & fans anticipated a bounce back year for our purple friends. After all, Zim is a coach who regularly follows a tough year with a strong year. 2021 was therefore supposed to be a strong year. Unfortunately, that hasn’t happened, so many people are looking for major change in the Vikings coaching staff.

What should Minnesota do with their coaches?

There has been no shortage of digital ink spilled on this topic. Many (including yours truly) felt that a loss to the Ravens may lead to a firing or two.

Here’s the thing, though: firing a coach – especially one at the very top – leads to a massive domino effect. Someone needs to slide into that HC spot. True, Andre Patterson is probably more than capable of filling in on an interim basis (and perhaps even longer), but that makes things difficult for who will be the DC. Can Patterson do both? Firing Big Zim likely means firing Little Zim, so the defensive coaching staff would experience a major shake up.

On offense, it’s not as simple as simply moving on from Klint Kubiak. He has had some awful games (a reality I’ve discussed here, here, and here). Kirk, God bless him, has had an insane amount of offensive coordinators. Would shuffling the Vikings coaching staff by firing Klint be the solution? Perhaps, but it would mean Cousins is now onto his fifth OC with the Vikings in less than 4 years.

With all that said, here’s my proposal: Mike Zimmer gives up defensive play calling responsibilities.

In his seven and a half years in Minnesota, Zim has always been the HC and defensive play caller. It’s a ton of responsibility on game day. I’ve often wondered if our timeout foibles would be solved by having a head coach who is primarily focusing on the entire game without the need to focus so heavily on what the defense ought to do.

Of course, Zim would still have major input on what the defense does. He could even be the main architect behind the defense’s game day strategy. At times, he could use his veto power to ensure a certain play gets called. The majority of the calls, though, slide to the DC. In this scenario, Andre Patterson would be the one who takes over the defense. Patterson and Zimmer have a great relationship; it could work, folks.

That would then free Zim to have more input on offense. Rather than fire the young, inexperienced OC, offer him more help. Zimmer can be more involved in what the offense does. Zim could also be more focused on the broader game day strategy. When should they call a timeout? When is it worth it to go for it on 4th down? When should the special teams pull off a fake?

These are the things Zim could focus on more.

For many, anything less than a firing seems insufficient. I understand that folks are frustrated, but firing isn’t necessarily the best thing to do.

It’s clear that the team needs a major shakeup. The Ravens ran all over the team yesterday. The offense again wilted in critical moments. These issues keep repeating themselves, so the Vikings need to do something significant to fix the team.

Zimmer moving on from the defensive play calling may spark a renewed effort on the defense while similarly helping to stabilize the offense throughout the game. If no one is fired, it’s worth a try.