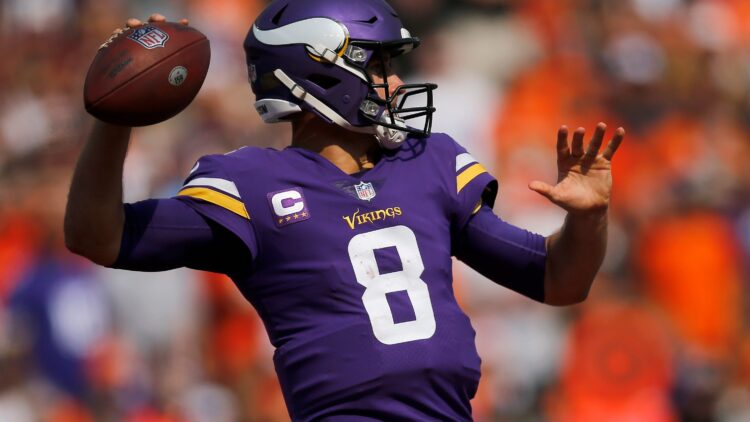 The Vikings have been one of the most polarizing groups in the NFL over the past couple years. Just in the past two weeks we can see why. After blowing a lead to the Detroit Lions, they marched down the field and hit a game-winning field goal to keep Detroit winless. Then, they blew an 11-point lead in a matter of five minutes to the Carolina Panthers, proceeded to miss a potentially game-winning field goal, just to pull another rabbit out of their collective hats in overtime.

With the hair-tearing stress that this team provides its fan base on a week to week basis, it is understandable why there is constant debate over whether players and the team as a whole are good enough to lead a championship team. One of the most oft discussed players is of course QB Kirk Cousins.

Prior to this season the discourse was different on the surface, but at its core, the same. Rather than wondering if his play would be enough, many wondered if his character was of the winning DNA. With his known refusal of the COVID vaccine, his availability at a week to week basis was a concern, and still is.

To this point, it hasn’t been an issue though, and for the first time in his Minnesota tenure, it seems people are coming together to praise Cousins’ performance to this point in the season. It’s been mostly deserved. Despite a few questionable decisions, it’s a fact that Cousins has led five drives this season that could have won football games for the Vikings, but because of falters elsewhere on the roster (Dalvin Cook fumble, and two missed field goals), only two actually have done so.

Cousins’ success isn’t limited to this season though, and it is beginning to show itself at a historical level. This past Sunday, he surpassed 30,000 career passing yards. In and of itself, this is an impressive feat as he became just the 50th QB in NFL history to reach that mark. More impressive is the fact that he tied Peyton Manning as the fourth fastest player to reach that mark, doing so in just 115 games. Only Matthew Stafford (109), Dan Marino (114), and Kurt Warner (114) have achieved this feat faster.

This career passing yardage feat wasn’t the only one that he achieved on Sunday, though. Against one of the NFL’s top passing defenses, Cousins had a terrific day overall. He posted 373 passing yards, three touchdowns, no interceptions, and a passer rating of 112.6. This performance became his 20th career game of 300+ yards, 3+ TDs, and 110+ passer rating of his career. With that, he passed Aaron Rodgers (19) for the most such games in the first ten years of his career.

An impressive game for Cousins that ended in a Vikings win, ultimately ended up being quite historical. Cousins has been the catalyst for this team every time they’ve needed someone to bail them out, and he did it once again on Sunday. He may not be the perfect QB that people want, but at the end of the day, his ability to make winning plays is undeniable.