One thing is certain, we all miss watching Danielle Hunter tear after the opposing quarterback. Hunter means so much to this team, and especially to this defense. Hunter was very underrated coming out of LSU and only had 4.5 sacks in his collegiate career. That didn’t stop Hunter from becoming the fastest player to amass 50 career sacks. Behind quarterback and left tackle, edge rusher might be the most important position on the football field. In a day in age where passing is so frequent, it is critical to have a guy who can get constant pressure on the quarterback. The Vikings deeply missed an imposing defensive end in 2020, since the Vikings were bottom five in the entire NFL in sacks last season. Danielle Hunter is coming off a neck injury, in which those sorts of injuries can be very tricky. But Danielle Hunter is focused and determined to get back to his dominating ways.

Danielle Hunter in both 2018 and 2019 accumulated 14.5 sacks per season. He was one of the most powerful edge rushers in the game. Hunter is also not a one-trick pony, as he can be very disruptive in the running game as well. The first team All-Pro in 2019 made many big plays, most notably his game-sealing strip sack of Drew Brees in the playoffs that year. Hunter is not only a fantastic player on the field, he’s also a great teammate and leader that the Vikings greatly missed in 2020. If Hunter can revert back to himself pre-injury, the sky is the limit for the Viking’s 2021 defensive line.

There was some chatter earlier in the off-season that indicated Danielle Hunter was unhappy with his current contract situation. Hunter isn’t even in the top 15 highest paid at his position. Now I agree, that is a travesty. When healthy, Hunter is a top five defensive end in this league. Hunter does not benefit at all from the fact that he is coming off neck surgery last season. So the Vikings, may not be inclined to give him a hefty pay raise. Let’s all hope this contract situation doesn’t come back to bite the Vikings in the rear end. If the Vikings were to give Hunter a pay raise, it could actually benefit the team in the short term, and free up some current cap space. Ideally, Hunter comes back and plays at the elite level we all know, and the contract figures itself out. One thing we all know, when healthy Danielle Hunter is an absolute nightmare for opposing defenses. 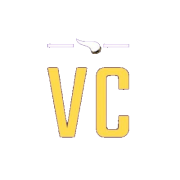 Based on your headline, I was hoping to see a new statement from him. Where does he say he’s ready to wreak havoc? He hasn’t said much of anything this off season.

I totally agree with others, this is a terribly written piece. If you’re going to be a writer then go to school first.

I wouldn’t call this article terrible. It’s just sort of a recap of where we’re at with him. There’s not a lot of Vikings news right now. No need to tear someone down. I work as a writer. Quite a bit of work went into this I am sure. Good job.

Was kind of misled too by the headline. Wish we had something new from the hunter reps or himself.