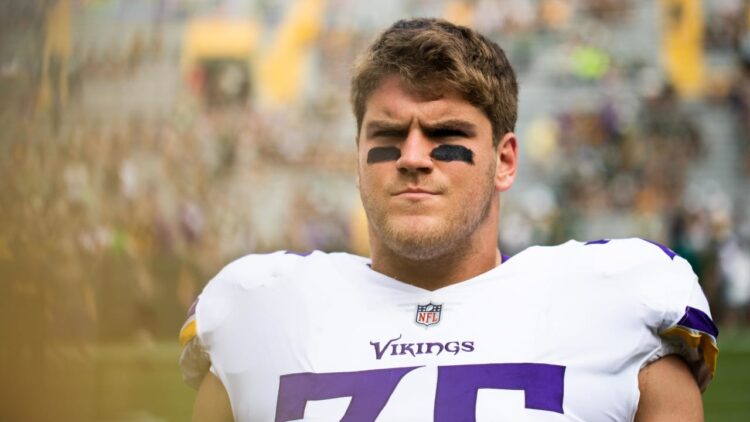 One day before the NFL’s regular season opener, the Vikings locked up a key member of the offensive line.

Brian O’Neill signed a 5-year extension worth $92.5 million on Wednesday. With an average salary of $18.5M per year, O’Neill becomes the second-highest-paid right tackle in the league. Only Ryan Ramczyk of the New Orleans Saints ($19.2M) averages more.

While we still don’t know how the deal is structured, this is a win for O’Neill. Multiple salary cap experts had predicted a deal in the $15-18M range. That number seemingly increased with recent RT extensions around the league (Ramczyk, Braden Smith, Taylor Moton).

That being said, it’s far from an overpay for the Vikings.

Undoubtedly the most polished offensive linemen on the team, O’Neill has allowed five sacks in three years (42 starts) according to Pro Football Focus. Last season, the 25 year-old graded 11th overall among right tackles last season. More importantly, he has improved steadily throughout his young career. There are no signs of that slowing down anytime soon. The 2018 second-round pick has never missed a game due to injury as a pro.

This extension makes it quite clear that the Vikings believe O’Neill will soon be one of the best right tackles in the league.

O’Neill hopes this deal will inspire the young offensive linemen on the team.

“Other linemen that come up on the team behind me can hopefully see that there’s an opportunity for [them] to have this kind of future with the team,” said O’Neill, who added that he wants to be a Viking his whole career.

The Vikings have invested early-round draft capital into the offensive line in recent years, and there’s little doubt they’d like to be in a position to have to pay the others at some point down the road.

The Vikings long-term plan at OL is very intriguing…

This is the second straight year the Vikings have reached an extension with a homegrown talent during the final week of the preseason.