How a Vikings trade for Jameis Winston might work 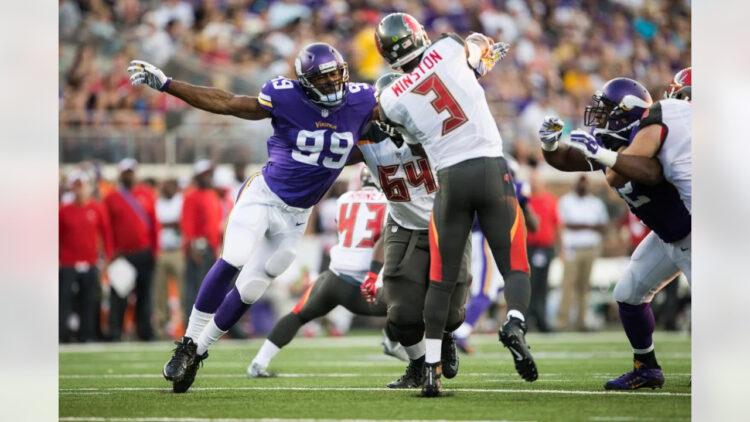 It’s safe to say the deal for Kirk Cousins has not gone as well as the Vikings would have hoped considering the amount they paid for the free-agent QB at the time. Cousins signed his three-year/$84 million contract before the 2018 season, and just a few months ago signed a two-year extension worth $66 million. This will make him an unrestricted free agent following the 2022 season, numbers according to Spotrac.

While Cousins led the Vikings to the playoffs last season, the departure of multiple defensive starters like Mackenzie Alexander, Trae Waynes and Everson Griffin, as well as the trade of Stefon Diggs, has led the star quarterback to be under the microscope. But, if you paid attention to national sites like ESPN.com, or betting sites like bemybet.com, you’d know that neither of those Cousins lead teams really lived up to the hype/predictions that people had for them.

Recently, PFF Minnesota Vikings raised the question that the only way the team could save the season after starting 0-2 is if they traded for New Orleans Saints QB Jameis Winston.

The only thing that can save the Minnesota Vikings is a trade for QB Jameis Winston #SKOL https://t.co/kfdfIUjuYq

After five seasons with the Tampa Bay Buccaneers, where the former Heisman Trophy-winner racked up nearly 20,000 passing yards and 121 touchdowns, he signed with the Saints on a one-year/ $1.1 million deal. Unless something catastrophic happens to Drew Brees, and if you saw a certain interception during the Saints’ Monday night matchup against the Raiders there might be, Winston may not see the field at all this season.

This could lead to the Saints allowing other teams to make an offer for the former Buccaneers starting QB. According to Spotrac, the cap hit for Winston would be $2.86 million. The same website, linked the Vikings page here, says the Vikings have $1,072,626 remaining of cap space. The team would need to think about how the money would work and go through options on how to add room. It might even involve possibly trading a player to make the deal work, but most likely would have the front office restructure some deals to add some money to the 2020 coffers.

After figuring out how the team would add Winston’s deal to the team, they need to go about negotiating with the Saints. Considering the small deal in terms of contract length, and his place in the QB room, it wouldn’t take a lot to get Jameis into a Vikings helmet. The Vikings currently have draft picks in multiple rounds of the 2021 NFL Draft, including three in the fourth round. I think if the Saints really value Winston, they could offer their third-round pick, but I think a fourth and maybe the swap of a Saints sixth and Vikings seventh might be a good deal.

However, if the Vikings want to get cute and try and offer a player which could allow them to open up room for Winston, that might also be possible, which would then possibly be in addition to a draft pick sweetener, like a seventh-round pick alongside the player offered in exchange for Winston.

The Vikings need improvement at multiple positions, but a quarterback like Winston, who can spray the ball all around the field, could help the team in multiple ways. While Winston is known for his interceptions more than his successes, in the right environment, it’s possible he could thrive, and Minnesota might be that place.