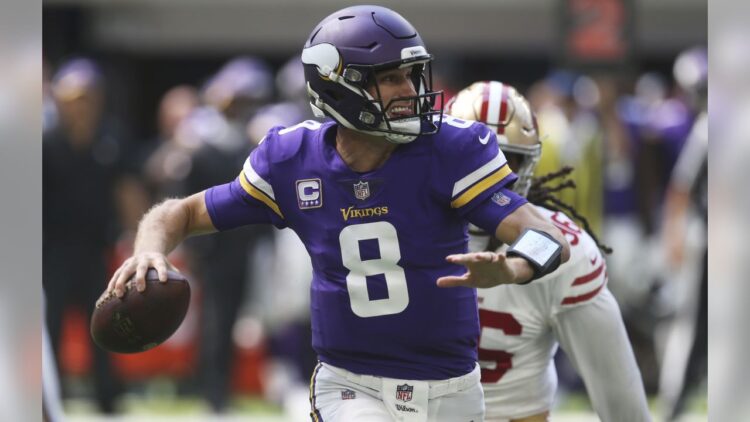 It’s that time of year, where people are itching for football to start so badly that they watch simulations of the league via Madden. With no pre-season football to serve as the methadone to the regular season’s IV opioid, that urge is hitting NFL content sites like a substance abuse counselor commenting below about the above reference.

Enter Yahoo! Sports, who run a Madden simulation every pre-season and summarize the results from that simulation in a way that I suppose I could pay $60 to DL Madden and copy, but in this wonderful world of giving credit where credit’s due, I don’t have to!

So, what did they find?

Most of it pertains to the typical NFL narratives we as Vikings have suffered through while watching ESPN since Tom Brady entered the league, for that sweet, sweet pre-commercial 15-to-30 second highlight summary with zero analysis.

But some of it technically affects the Vikings, as not only did their simulation end with a NFC North team having the league’s best record, but also the league MVP and Super Bowl ‘ship.

It’s not who you think.

They actually picked the Chicago Bears to go 14-2, Nick Foles to win the league MVP and for the Bears to win their championship since Ditka.

Granted, they are only a season removed from a 12-4 campaign that was ended by a double-doink field goal that was only necessary because a certain quarterback scored the then go-ahead (and eventual game winning) touchdown against the Bears’ league leading defense with under a minute to play.

Who was that QB?

The apparent 2020 NFL MVP himself, Nick Foles! But there are also sites like WalterFootball.com that pick the Bears to win at best four games all year, mainly because of their offensive line woes. Sounds vaguely familiar…

You can read this and other predictions from the Yahoo! Article here.

Otherwise, let’s pretend this ends up being even slightly true. The Vikings lost both games to the Bears in 2019, although the Week 17 contest was essentially a mini-Bye for the Vikings starters.

The Week 4 game, though, was a nightmare across the board. It was the game where both (then) Vikings receivers Adam Thielen and Stefon Diggs openly protested the passing offense. One went on to apologize, the other ramped up his discontent and is now pretending to be excited to be going from one of the NFL’s most accurate passers ever to Josh Allen.

That 16-6 loss could be the impetus for Diggs wanting out beyond the obvious. The offense and namely the offensive line had no answer for Khalil Mack and the Bears’ defensive front, even though Akiem Hicks wasn’t playing.

I’ve seen little this off-season to think that that will change in 2020, so any improvement to the Bears offense should terrify Vikings fans, if we’re being honest and objective. Think I’m just being a wet blanket, again?

It’s a good read, one I’m following up with coach Tice about (as we host his amazing new podcast ‘Odds and Ends w/ Mike Tice’ on our network, including our Minnesota Sports only podcast site, purpleTERRITORYradio.com.

Stay tuned for that, and apparently the year of the Bears?