If the Jets truly are #TankingforTrevor, the NFL needs to investigate 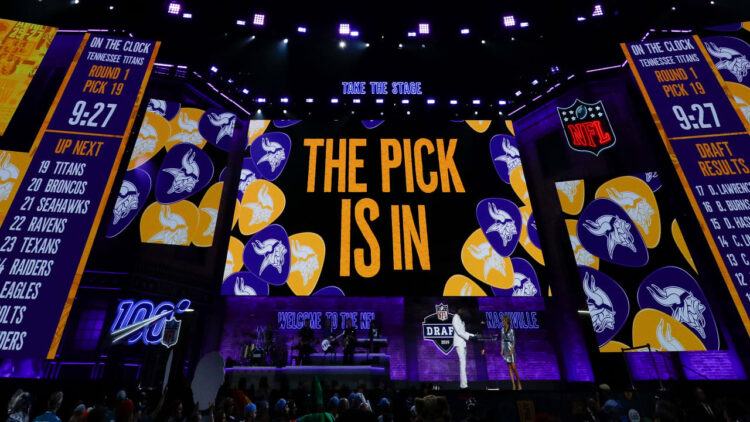 If the Jets are actively #TankingforTrevor they should be punished…

… Probably by taking away their 2021 first-round draft pick and letting the 1-15 team behind them pick first.

So, unless you’ve been betting the under for the Minnesota Vikings this season, it appears that the purple can’t even get losing right in a season in which many expected an improvement from their 2019 10-6 record. As I’ve said before, even if you’re taking advantage of industry bonuses like the bet365 bonus code, you’re probably as disappointed as you are losing money on this team this season.

Apparently that is either by design or the impetus for the crux of this article, as NFL podcaster extraordinaire Pat McAfee, said on his show recently that a “source” from within the Jets are at the point that they’re going to actively lose on purpose in order to snag Lawrence in 2021.

For those who don’t want to watch the show, his exact words were:

Now, this has all the ingredients for being complete bullshit, but if there is any shred of truth to these statements then the NFL should do a thorough investigation and punish the Jets if this rumor is indeed true.

Sure, thousands of Vikings fans have added #TankforTrevor to their Twitter bios/suicide notes, but there’s a difference between fan hopes and the actions of the powers that be of an NFL franchise.

If the NFL were to go down the route of tanking for draft positioning, it’d sully the entire brand of a league that doesn’t need another scandal in 2020.

Part of the appeal of the NFL is the level of competition that exists, and the contender changes that happens from season-to-season. It typically feels like any team not from Detroit can win any given week, and if you throw in teams that are actively trying to lose, then you’re on a slippery slope toward either the NBA of WWE.

That doesn’t mean you have to go for it on 4th-and-1 or to go for 2 to avoid overtime and spoil another teams’ playoff hopes (or to attempt to convert a 4th-and-24, ARIZONA). But that should also mean that you should actively put your worst foot forward each Sunday/Monday… Tuesday through Saturday thanks to COVID.

I’m not the biggest connoisseur of the Pat McAfee Show, but it is one of (if not) the biggest NFL shows in the game, and so it wouldn’t surprise me if they were getting legit scoops now and in the future. That having been said, it’d be monumentally stupid for anyone in a position of power to admit something like this, but then again it’s the Jets we’re talking about.

File this under a 50:50 prospect of being true. Which is better odds than I’d give the Vikings to land Lawrence. Cause… Reality.

Then again, former Falcons receiver Roddy White is apparently counseling Lawrence to avoid the Jets like a random COVID mask in a Walgreens parking lot.

“Because it would be awful for you to get drafted by the Jets because they do not know how to put anything together over there as far as quarterbacking, weapons around the quarterback, as far as anything that has to do with offensive talent,” White told The Big Lead on Tuesday.

So, it’d be very Jets (and Vikings, tbh) if either landed the top pick but Lawrence decided to play his senior season (and forgo an entire year of big money) to avoid playing for either team.