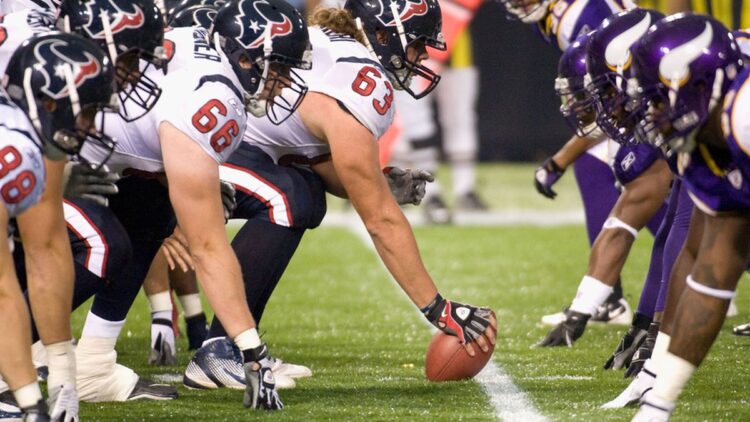 The Minnesota Vikings have doddered their way to an 0-3, last-place record in the NFC North to commence the already-peculiar 2020 NFL season. The first two games versus the Packers and
The colts were clumsy and lifeless showings by Mike Zimmer’s bunch, and Week 3 hence felt like a
contest that was a must-win. When the 2020 postseason script is written, that hypothesis may
be vindicated, but 13 games remain to be played with this docket of the regular-season
schedule.

Minnesota pulled off a magic trick in Week 3 against Tennessee. The team played well enough to keep its hungry fans just ravenous enough as to not lose hope altogether. The Vikings
offense detonated for 30 points on the shoulders of Dalvin Cook, Justin Jefferson, and Kirk
Cousins. For nearly 70 percent or so of the matchup, it was presumed the purple and gold were poised to topple the Titans. However, disaster named ‘Derrick Henry’ struck, and Tennessee raced to two seemingly effortless touchdowns courtesy of the reigning NFL rushing king.

And, that was that. Tennessee squeezed out U.S. Bank Stadium with a one-point triumph.

The Vikings Week 4 opponent, the Houston Texans, has been equally beset by melancholy.
Houston is also 0-3 with losses to the Kansas City Chiefs, Baltimore Ravens, and Pittsburgh
Steelers. What’s more, the Texans three contests can be viewed as decisive shortcomings.
Their margin-of-loss into this young season is -38 – which is third-to-last in the NFL.

Ergo, Minnesota and Houston are two Spider-man meme teams enduring similar hardships.
This Sunday will be a frenzy to avoid a nearly insurmountable 0-4 start.

A shining light, albeit dim, for Houston is that the team has righted the ship in a scenario like this
very recently. In 2018, Deshaun Watson and the Texans limped their way to an 0-3 start with the
same aura of grim despair permeating the skies of southeast Texas.

But, they fixed it. The Texans avoided the 0-4 hole with an overtime win at Indianapolis that
season during Week 4. This victory kickstarted a nine-game winning streak and ultimately
culminated in a wildcard berth of Houston.

They are no stranger gawky starts of seasons. Also, Houston is the only NFL team through
three weeks to face a collection of opponents that is undefeated. The Chiefs, Ravens, and
Steelers are the cumulative owners of a 9-0 win-loss record. In that regard, it’s no surprise
whatsoever that the Texans are winless.

points scored, 23 in yards allowed, and 29th in points allowed. They flat-out are not very good.
It’s up to you to decide if that’s because of a murderers-row schedule or general ineptitude.

Vikings Cling to Shreds of Hope

If you’re smirking at the Texans doldrums, you should stop because the Vikings aren’t much
better. Minnesota is 22nd in yards gained, 19th in points scored, 30th in yards allowed, and 31st
in points allowed. For anybody – a Mike Zimmer team especially – this is gruesome.

The slight difference is that Vikings have made two games relatively competitive. In Week 1,
Minnesota continued to throw desperate, second-half haymakers versus the Packers while
some onlookers called it “stat-padding.” Last weekend, Minnesota probably should have
defeated the Titans, but the Vikings defense had other plans.

Therefore, just as the Texans grasp onto hope derived from their 2018 turnaround, the Vikings
are operating under the notion that their Titans performance can be replicated and enhanced.
Ordinarily, a Texans team led by the dynamic Watson would be a road game the Vikings would
enter to die. Watson has Russell Wilson-like tendencies, and Minnesota has never beat the
Seahawks signal-caller.

But, hey, the Texans have never won against the Vikings. Perhaps that streak will supersede all
other storylines.

Precedent for One Team

Only one time in NFL history has a franchise overcome an 0-4 start to reach the postseason.
That was 1992, and the Marion Butts-inspired San Diego Chargers spit in the face of an 0-4
start to later make the playoffs. Oddly enough, that defiant group of men fought back to an 11-5
record, won a playoff game via shutout, and reached the Divisional Round of the 1992 playoffs.

Other members of that included Junior Seau, Leslie O’Neal, Eric Bieniemy, Stan Humphries,
Chris Mims, and [father to Rams rookie Van Jefferson] Shawn Jefferson. That 1992 team was
the gold standard to turning around a season, and it’s an easy choice as they are the only team
to ever do it.

One or both of these teams that square off in Houston this weekend is a bad football team, at
least through the first month of the season. The victor will be 1-3 with visions of grandeur while
the 0-4 basement occupant is likely to skim 2021 mock drafts.