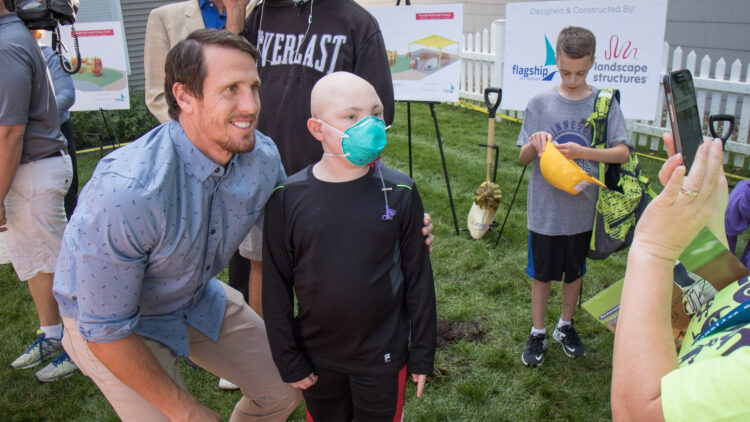 Vikings legend, vodka baron and all around nice guy Chad Greenway hosted his annual celebrity golf tournament this past weekend.

Here’s the press release from the event’s conclusion, click HERE to donate to Lead the Way or HERE to access their site (for invoicing or Venmo donation purposes).

Greenway met more than 130 sponsor and celebrity golfers for the tournament before teeing off himself. The tournament – presented by Sanford Health, Hormel, Polaris and The AI App Store – featured numerous activities and contests throughout the course, such as Longest Drive, Closest to the Pin, and a Hole-in-One challenge.

Over a dozen celebrities showed up in support of the Lead the Way Foundation, including Vikings Hall of Famer Randall McDaniel, Twins legend Tim Laudner, and country music recording artist Dave McElroy.

A “Minnesota-Made” reception preceded the Golf Tournament on Sunday night and featured a cocktail reception on the lawn, a plated dinner in the Wayzata Country Club’s ballroom and a live performance by Nashville-based recording artist Dave McElroy and his band. Live and silent auctions were held during the reception, which were offered virtually for anyone who preferred to participate from home.

Through the reception and golf tournament, more than $190,000 was raised in support of the Lead the Way Foundation and its mission to support seriously ill and physically challenged children. Lead the Way Foundation outreach programs, such as Chad’s Locker and Chad’s Playgrounds, will benefit from the Fourth Annual Celebrity Golf Tournament.