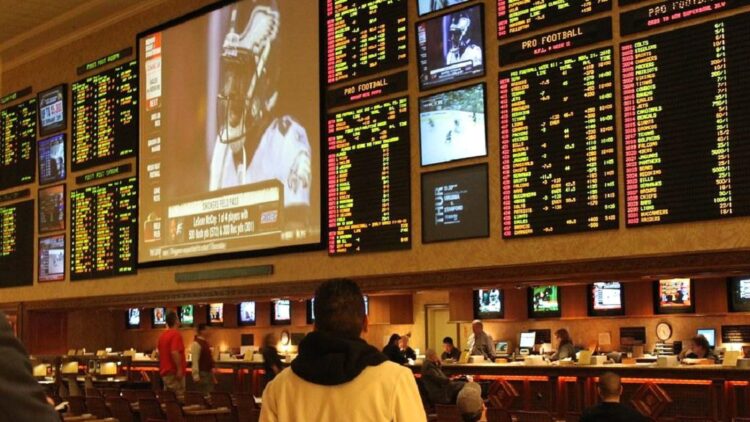 The Minnesota Vikings are about to commence their 60th season in the National Football League (NFL), which will start in earnest when they entertain four-times Super Bowl winner the Green Bay Packers at the U.S. Bank Stadium on September 13th.

This is great news for fans, particularly as the new NFL season appears to have avoided the worst of the Covid-19 outbreak. Punters can also look forward to the new season too, so long as they can find the best sports betting sites with the most competitive odds.

However, it can be hard to navigate the sports betting market if you’re a newbie, especially given its legal complexities in the states and the range of options available. Fortunately, there’s a great source for the best sports betting sites here, but what else do you need to know as a punter?

1. Is Sports Betting Legal in Minnesota?

Let’s start with the basics; as a newcomer may be unsure about whether or not they’re legally allowed to wager on their favourite team this season.

Historically, this practice has certainly been prohibited in the state, while its leaders have also been slow to adopt the new technology pertaining to online casino gambling and sportsbooks.

However, the decision of the Supreme Court to overturn the Professional and Amateur Sports Protection Act (PAPSA) in May 2018 has changed the landscape considerably, as this legislation had previously outlawed sports betting at a federal level.

This has led individuals within the state to renew their efforts to legalise and regulate sports betting, with two bills (the SF 1894 and the HF 1278) currently being processed in the Senate.

Both bills authorise sports betting across an array of channels, while proposing the creation of a regulatory authority to oversee all activity.

For fans who reside outside of Minnesota, online sports betting is already legal, with an entire raft of states having responded a little quicker to the PAPSA ruling by regulating the practice through verified sportsbooks.

These include New Jersey, Pennsylvania, Indiana, West Virginia and Iowa, while others will also be joining Minnesota by legalising sports betting in the near-term.

Fans will know that the Vikings are currently in a rebuild of their defensive backfield, with Harrison Smith and Anthony Harris providing a solid foundation on which to build.

However, there’s plenty of optimism that the Vikings can do well this season, as they look to improve on their 10-6 record and subsequent play-off victory in 2019.

The bookmakers certainly share this sense of hope and positivity, with the Vikings coming in second amongst NFC North Teams with an average price 7/4 to win the division outright.

Only their opening day rivals the Green Bay Packers boast more favourable odds at present, and even then only by a fine margin with live odds of 7/5.

This reaffirms that the Minnesota Vikings are a force to be reckoned with this term, particularly if you’re looking to wager on the outcome of the NFC North or the individual games that the side contests in the upcoming season.

However, it’s arguable whether or not the Vikings offer the same level of value for the Super Bowl, with the team ranked well below the packers at an average price of 25/1.

In fact, the Vikings are currently the 13th favourites to prevail in Super Bowl 2021, with the current holders the Kansas City Chiefs currently leading the way at odds of 6/1.

So, even if you’re a Minnesota fan, you may find superior value by hedging against your favourite team for this year’s Super Bowl.

April 2016 represented a significant day for betting in the US, after a court ruled that a statute dating back to the early 1800s could not be applied to daily fantasy sports betting.

So, while a bill to formally define this discipline as a game of skill was not approved by the state legislature in Minnesota, it remains legal for residents to indulge this passion throughout the state.

This is certainly a popular channel, with more than 57 million users playing in one fantasy sports league or another. However, it can also be challenging to get to grips with, so you may need to consider your options carefully ahead of the new NFL season.

More specifically, you’ll need to analyse several different variables before trying your hand at winning real money, as statistics can have a dramatic impact on your fortunes.

Player types, coaching strategies and home field advantage are amongst the most telling metrics, while winning and losing streaks can also have an effect on players.