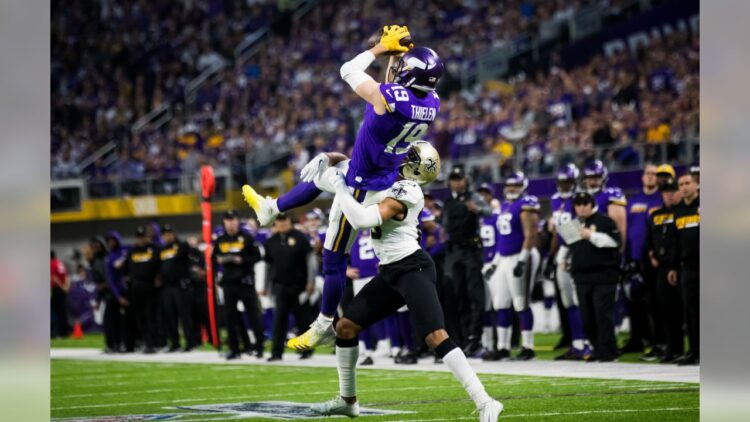 Iowa was the eleventh state to legalize sports betting in 2018. Since then a number of sportsbooks have popped up in the state. The Hawkeye state now has 14 physical sportsbooks including William Hill and Fanduel.

Since the state legalized sports betting, sportsbooks have registered a net revenue of $7.7 million which in turn has provided $861,846 in state taxes. With football the most popular sport in the state and the Vikings the most popular team, it’s reasonable to draw the conclusion that bets on the Vikings make up a good chunk of that revenue.

This trend looks set to continue as the state is expected to allow online sports betting in 2021.

Minnesota has so far resisted legalizing sports betting but if they were to legalize it, there is no doubt that a large number of sportsbooks would be looking to partner with the Vikings. Caesars are one of those companies keen on signing up with pro-sports teams that boast a large fanbase in states where betting is legal. They currently sponsor the Falcons, Ravens, Bears, Colts, Saints, Raiders and Eagles.

The NFL was the most resistant to sports betting out of all the pro teams, but eventually, the league caved. It’s a conundrum many teams have faced – if punters are going to be betting on them – shouldn’t they get a cut of the money? There are now a large number of NFL sportsbooks that have focused their primary attention on the league.

It’s a decision that the Vikings will most likely have to make at some point. As it looks now, the majority of states will eventually legalize sports betting. Many states that have initially resisted the proposed acts have changed their mind when presented with a sizable chunk of the revenue share. It’s a pattern which is becoming increasingly common. In Minnesota, such an agreement could be that the state receives 50% of sports betting profits to be spent on public housing, as an example.

Currently, Iowa offers a particularly low tax rate of 6.75% – so the majority of profits placed in Vikings’ games will be going to the sportsbooks themselves. The fact that Minnesota has held out, indicates that they will require a larger tax rate to change any legislation.

The Land of 10,000 lakes has a larger population than Iowa. It also has two pro teams in the Vikings and the Twins, that are particularly popular to bet on in Iowa (it’s also one of the markets that has all four major sports, as well as a increasingly popular soccer team) which makes it a more attractive proposition for the best US sportsbooks who would be looking at new states.