Yes, the Vikings can still make the playoffs…but they NEED to do these 3 things… 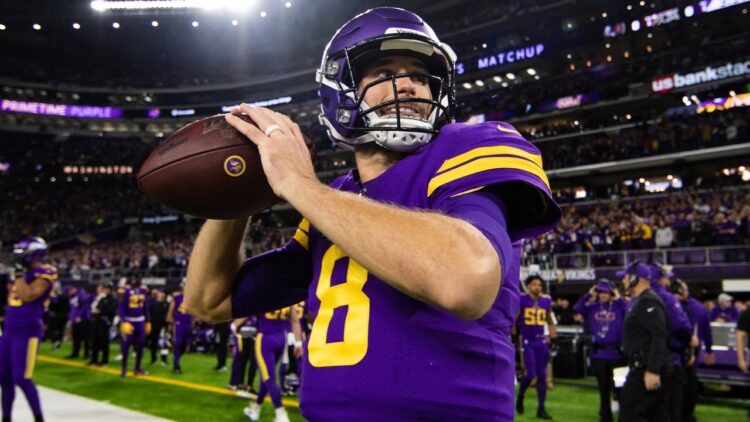 Admittedly, whether you’re an eternal optimist or are pessimistic to the extreme at one point this season you’ve already written off the Minnesota Vikings for 2021 playoff contention. How could you not have after an 0-3 start where the team looked lifeless? Or maybe you held out only to jump off board after getting trounced by the then winless Atlanta Falcons at home to fall to 1-5 before the bye. After all, only three teams since the merger have started a season 1-5 and managed to fight their way back into the playoffs that same season (1970 Bengals, 2015 Chiefs, 2018 Colts). What this team had shown us up to the bye week wasn’t giving anybody the confidence to think that the 2020 Vikings had potential to become the fourth team to accomplish this insurmountable feat.

Yet, here we are, four weeks later getting our little Minnesota Sports Fan hearts excited once again, hoping that it doesn’t end where we all think it will. That familiar spot, shattered and broken lying on the ground to recover slightly damaged for next season.

But here’s the thing, the reality is there, the way that the season has shaken out, paired with the idea that of all years, this is the year that the owners pushed through an expanded format for playoffs, it could happen.

On that expanded format. There’s been a lot that’s happened in our world since March of this year. With shutdowns, pandemics and sport cancellations stealing the headlines you may have forgotten that the expanded playoff format goes into effect this season adding one more wild card team on each side of the bracket. So maybe there will need to be an asterisk next to the Vikings name in the record books if they do become the fourth team to recover from a 1-5 start to make the playoffs, but I don’t think any of us care much about that.

Beyond that, if the league avoids a “Week 18” due to cancellations with playoff implications the playoff fields on each side could be expanded to 8 teams!

Now that your heart has that little glimpse of hope again, that little pitter patter that was lost after the slow start, let’s talk this out. Here are a few things that NEED to happen if the Vikings are interested in becoming part of that small group and looking to make the playoffs this year.

I know this seems to be obvious, and it should be but winning remains the single most important thing that the Vikings need to do to get a playoff berth in 2020. Presently on the verge of returning to .500 with a win over the Cowboys, the 4-5 Vikings have fought their way to three straight victories and they did so against three divisional opponents, that’s important also (more on that in a minute).

The most viable route into the postseason for the Vikings is to snatch that new, third wild card spot in the NFC. To do so, they’ll need to handle their business by winning and get a little help from others throughout the league. Before Week 11’s weekend games the Vikings are 1.5 games behind the Arizona Cardinals for the 7th seed (3rd wild card). For those counting, their also 2 games behind the Los Angeles Rams for the 6th seed (2nd wild card) and 3 games back of the Bucs who have the 5th seed and first wild card right now.

As it stands now, with three teams in playoff spots, that pesky, NFC West may end up being problematic for the Vikings chances…or it may be beneficial.

Of their seven games remaining, the Vikings have only two games against teams with winning records. Those teams are formidable, coming in the form of Tampa Bay and New Orleans, but TB is not bulletproof and who knows what New Orleans will be without Drew Brees under center so the landscape has shifted of late. Those NFC West teams are going to beat each other up down the stretch with a bunch of games remaining inside the division. That will help.

All of this speculation said, go out and win your games. Those three teams that made the playoffs after 1-5 starts, the 1970 Bengals and 2018 Colts only lost one game the rest of the way and the 2015 Chiefs didn’t lose a game in the final ten weeks. Needless to say, you need to go on a good run here if you want in on the postseason fun.

(2) – FIGURE OUT YOUR SPECIAL TEAMS

There’s been a lot said about the Vikings special teams the past few weeks and that’s because it’s become a giant liability for this team. Right now, the Vikings are surging but nobody in their right mind thinks that they are head and shoulders better than any of their opponents. What that means is their margin for error is thin. This franchise may know it better than any other in the league, but if you leave issues unsettled in the special teams, they will come back to bite you later in the season.

With bad snaps, missed FGs, blocked punts, missed XPs, return touchdowns allowed just over the past two weeks, the Vikings find themselves with basement dwelling rankings for punt yards, punt return yards, kick return yards and starting field position. It’s really not a good look, and it will cost this team a game if it doesn’t get fixed.

Maybe it’ll be a last second field goal with a bad snap, maybe it will come in the form of a game shifting return by the opposition…who knows. But special teams are a HUGE liability for this team right now. Forget being competitive in the playoffs with bad special teams, you won’t even get there if you don’t figure it out.

This is likely the most important thing for the Vikings to note as I believe it impacts EVERYTHING else they do along the way. When I say “keep your head above water”, what I mean to say is keep yourself in each game, don’t get blown out in the first quarter. We’ve seen what happens to this team when that happens, they simply cannot adjust to fight their way out of big holes if they fall in.

Kirk’s recent success has come at the hands of controlling the game-tempo, taking some of the pressure off of his shoulders and focusing the game plan around Dalvin Cook rather than Cousins’ right arm. We’ve said it for the last few years now, Kirk has the ability to bring you back into the game, but call on him too often and you’ll get burned because the consistency is not there. The blemishes, the cracks and the flaws are highlighted for Kirk when the lights are the brightest and the pressure is on. So keep him out of those positions. These Vikings need to stay within one score throughout the entirety of the first half or bad things happen, better yet hold the lead through the first half. They’re much better at adjusting to a game plan that protects a lead than they are at adjusting into an overly aggressive one that overcomes a deficit.

I’m not gonna go all delusional on you and claim that the Vikings could also leapfrog the Packers and take that North Division spot in the playoffs. Though it is a possibility, that three game hole appears to be too deep. So do it the easy way. The really, incredibly difficult easy way and snatch that #7 spot and take your chip, your chair and your chance and double down when you get there. But you need to win, you need to shore up your problem areas and you need to give yourself a chance each week or it’s over. We’re legitimately one more loss away from this whole article, this whole conversation becomes irrelevant. So, if only for one week, let’s feel what it’s like to care about this football team again and let’s cross our fingers that this thing starts snow-balling in the right direction for the Vikings.