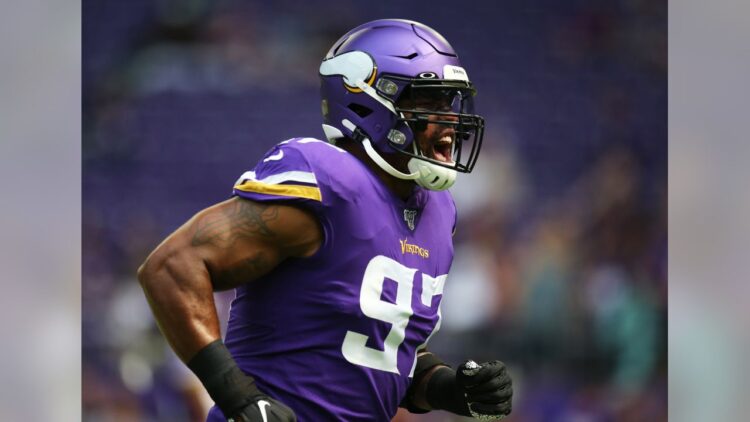 The 2020 Minnesota Vikings have been disappointing to say the least. Following a season where they had a lot of regular season success, and captured Kirk Cousins’ first playoff victory, the Vikings have been arguably the worst team in the NFL.

One of the biggest reasons behind this dropoff is certainly roster turnover. Minnesota’s secondary is completely revamped with only Harrison Smith and Anthony Harris returning as starters. Those two are also the only two defensive backs who have played full NFL seasons before 2020.

This mass exodus of defensive backs is certainly hurting the team, but it is nothing to how badly the defensive line has been affected. Everson Griffen went to the Dallas Cowboys, Linval Joseph to the Los Angeles Chargers, and Stephen Weatherly to the Carolina Panthers.

Between these three, the Vikings lost 2,054 defensive snaps taken. This leaves a distinct lack of experience on the line. The problem has been exacerbated by losing Michael Pierce to opting out, losing Danielle Hunter to a “tweak” that put him on IR, and not getting much from newly acquired defensive end Yannick Ngakoue.

This means that quarterbacks either have excellent protection and can wait for opportunities to present themselves, like Rodgers in week one, or they are getting rid of the ball before they can be pressured. The second one wouldn’t be as much of a problem, but the Vikings secondary is allowing a completion percentage of 73.9% and almost every throw has been available to opposing quarterbacks.

Even more important than the stat dropoff and snaps lost is the emotional leadership that the Vikings have lost. Everson Griffen was the mouthpiece of that defense and fired everybody up. When the team would get down, they always had the sack daddy to turn to.

Without him, the team has nobody to rally around. The Vikings still have some great leaders, but they have nobody who is outspoken and has swagger. Harrison Smith, Eric Kendricks, and Danielle Hunter are all excellent players, but they lead by quiet example more often than not.

In a season where the team is disappointing, especially on the defensive line, they have nobody to turn to. I can’t help but think that if Griffen was here things would at least be somewhat better.