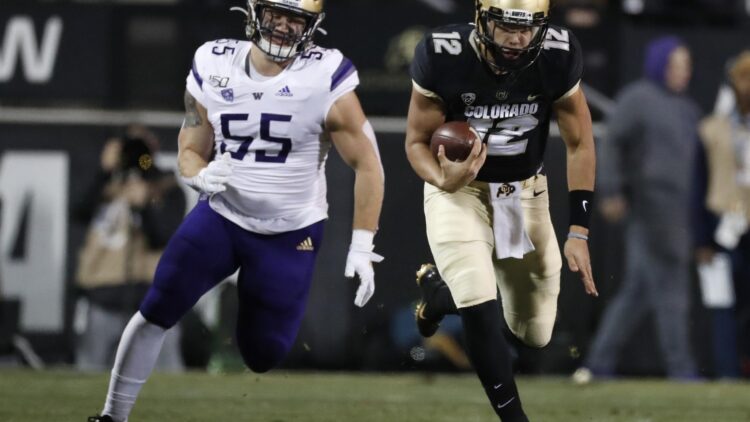 I’ve already written about the Minnesota Vikings potentially targeting Kirk Cousins replacement in the early rounds of the 2020 NFL Draft. However, I think this is extremely unlikely with many other needs apparent on the roster and a lack of cap space. That said, they do still need to find the long-term solution at the quarterback position.

Of course, they may sign Kirk Cousins to an extension before this season starts. IT would potentially lower his cap hit, give him the confidence of the Vikings being “his team” and it would slow down a lot of arguing going on in the fanbase. Kirk Cousins re-signing would shut down a lot of talk, but not all of it.

As we’ve seen over the two seasons of Cousins’ tenure in Minnesota, there will still be fans that question Kirk no matter what. If these people are to be believed, the quarterback of the future needs to be on the Vikings roster and given opportunities now. The Minnesota Vikings are currently only carrying veteran backup Sean Mannion, whom we saw be very mediocre in both preseason and week 17, and now second-year man Jake Browning.

My personal feeling is that Mannion is a sad excuse for a backup, and the Vikings are lucky that he’s never had to play a meaningful snap in Minnesota. As for Browning, he’s completely unproven. He’ll likely get his shot this preseason with former third-stringer and preseason star Kyle Sloter gone, and Mannion firmly in the backup role.

This means that there is ample opportunity for late draft picks or even undrafted rookies to swoop in and get a chance for the Vikings, at least in preseason. Enter University of Colorado quarterback Steven Montez. The 6’4” El Paso Texas product started three seasons, and most of a fourth, for the Buffaloes.

Over almost four seasons, Montez collected 9710 passing yards, 63 touchdowns, 33 interceptions, and 7.4 pass yards per attempt. He also added 960 rushing yards and 11 rushing touchdowns. He has the second most passing yards in Colorado football history. In Montez’s three full seasons as a starter, Colorado’s record was 15-21 with zero bowl appearances.

On paper, Montez seems like he’s made for the NFL. At 6’4” and 231 pounds, he’s not too tall and not too short. If you watch just his highlights, you’ll see a player with good mobility and arm talent who can make big throws.

However, Montez has slow mechanics. He has a big windup, that’s how he gets speed on his throws, but it also means that it takes extra time to get the ball away and allows defenders to get to him or read where he’s going. When he’s allowed to do that, he’s excellent and his spiral is up there with the best of them, but under less than ideal conditions he starts to lose velocity and float passes.

Montez also needs a ton of work on the mental side of the game. He rarely, if ever, hits anything that isn’t his first read or his check-down. He’s quick to panic in the pocket and doesn’t have the maturity to sit and go through progressions. Montez is quick to run when it makes more sense to step up and deliver.

Worst of all, over three seasons at Colorado, he never grew much as a player. His stats are pretty much a flat line, and the team never really took any steps with him as their man. This doesn’t bode well for him growing at the quarterback position at the next level.

If the Vikings wanted to target Montez, they would need to either get him in the seventh round or target him as a priority free agent. Honestly, Montez is such a project that I don’t think he is worth it. He might one day be an okay player, but it likely won’t be at quarterback. He will likely have to convert to tight end. The Vikings can look for late-round steals to shore-up the quarterback depth, but Rick Spielman should look elsewhere in this case.