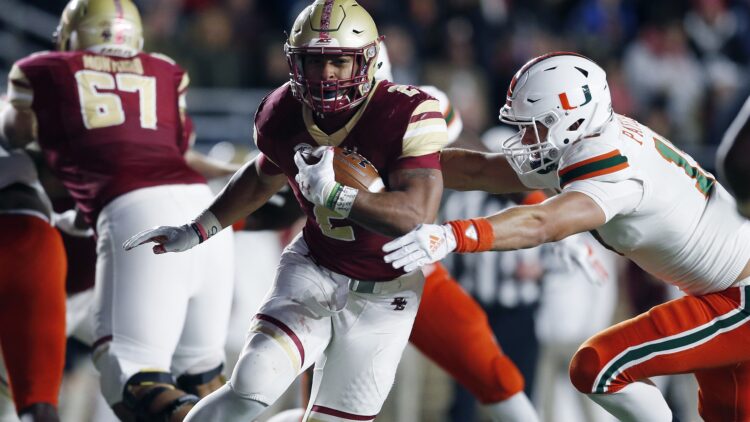 The Minnesota Vikings have a big decision to make when it comes to star running back Dalvin Cook. Cook, who just went over 1,500 scrimmage yards and 13 touchdowns, is set to become a free agent after the 2020 season. If he stays healthy and hits the open market, Cook should be in for a huge payday.

The Vikings are very unlikely to be able to pay Cook that contract, especially with many other needs becoming apparent. This means that Alexander Mattison and company will have to fill Cook’s shoes. When the Vikings took Mattison in last year’s draft, many fans thought it was a bad pick. However, he showed that he was a great spell to Cook and surprised with some good athleticism.

If the Vikings want to maximize Cook’s value, they might want to move Cook for some picks, make Mattison the starter, and then find another runner to fill the RB2 position in this year’s draft. Cook should demand at least a third round pick, perhaps more to the right team. If this is the team’s plan, they will probably be looking to nab a running back in the middle rounds.

One option to consider is Boston College’s AJ Dillon. Dillon, a 6’0” 247-pound monster, just had himself an excellent combine. He ran a 4.53 40-yard-dash, put up 23 reps on the bench and had a crazy 131” broad jump. His 3-cone time could have been better, but it won’t scare too many off.

Over three years at Boston College, Dillon collected 4382 rushing yards, 38 rushing touchdowns, and 5.2 yard per carry average. He was the ACC rookie of the year in 2017 after picking up 1589 rushing yards and 14 touchdowns as a freshman. In his junior year, he collected All-ACC first team and Third-team AP All-american honors.

When you watch tape on Dillon, the first thing you see is how well he moves for a guy carrying his weight. He’s not a burner, but he still can make tacklers have to take wide angles in space. After they get to him, they have to try to cut him down which is tough to do for smaller corners and safeties. Basically, if you want to stop him, you have to do it at the line of scrimmage.

Even if he does get stacked up at the line, it’s unlikely that he’ll take a loss due to his leg drive and downhill running. Now, that’s only if he knows where he’s going, puts his head down and goes. If he tries to go off-script, he doesn’t have the foot speed to make much happen when tacklers get to him while he’s trying to make a move. He also is mostly a between-the-tackles runner and can look a bit lost running on the edges.

He also isn’t a threat to catch passes out of the backfield. While at Boston College, he only caught 21 passes for 236 yard and two touchdowns. So, it would be hard to get him on the field for passing downs. However, if he can learn to catch passes he could become a passing down threat due to how well he can hold up in pass protection. His technique in blocking isn’t perfect, but his size makes him like an extra lineman.

If the Vikings want to draft Dillon, they would likely have to spend a third or fourth round pick on him. Of course, they would only do this if there is some sort of plan in place to replace Cook, or perhaps somebody else in the backfield.

CJ Ham is a restricted free agent this year, and is just coming off a pro-bowl selection. Now, fullbacks aren’t going to demand a super high salary, but Ham deserves to be paid more than he was getting. I could see Dillon as a halfback/fullback hybrid to get him on the field more.

Of course, Ham also brings good pass catching ability to the position, but I think Dillon could get there in that aspect of his game. Ham also isn’t nearly the runner that Dillon is. There’s a trade-off, but a case can be made for the Vikings to keep Cook and Mattison while still drafting a back like Dillon to fill Ham’s role.