Three Things the Vikings can do to Win in Week Two 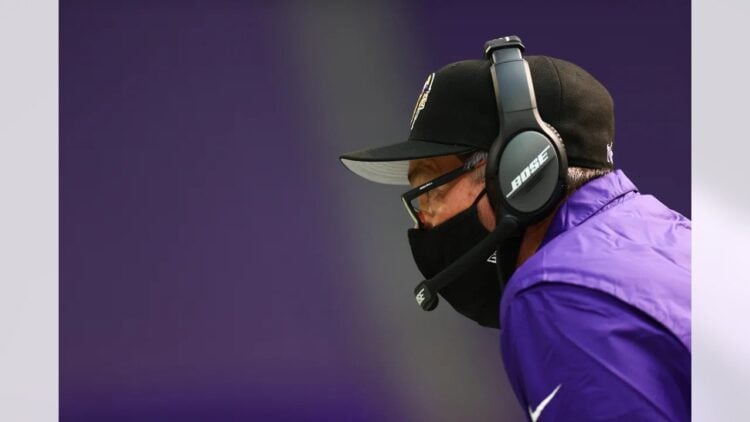 The Minnesota Vikings opened the 2020 NFL season with a loss to the hated Green Bay Packers. The offense looked overmatched in the first half, and the defense couldn’t get themselves off of the field.

Hopefully, they’ll have an easier time this week with an Indianapolis Colts team that, despite residing in the opposite conference, the Vikings have some familiarity with. Mike Zimmer and his coaching staff would do well to try to accomplish these three things to get the Vikings their first win of 2020 come Sunday. While the good people at oddsninja bet365 have the Vikings favored this weekend, there’s still a lot up in the air when it comes to whether or not Zimmer’s unit will bounce back from what was a disastrous opening salvo against the hated Green Bay Packers.

The Colts will be without starting running back Marlon Mack for the foreseeable future. Mack suffered a torn achilles in the first half of Indianapolis’ week one loss. Mack, who was looking to build on a strong 2019 where he collected over 1,000 rushing yards and eight rushing touchdowns, will be replaced by fourth year man Nyheim Hines and rookie Jonathan Taylor.

Despite Hines collecting two touchdowns in week one, one receiving and one rushing, Taylor had more total yards on an even number of touches. He also has more potential to bust out for big games, which Minnesota Gophers fans will remember all too well from his college days at Wisconsin.

Taylor doesn’t have moves like Dalvin Cook, but he has enough wiggle to slip tackles and can bowl over almost any defender. He’ll be running behind an offensive line that graded as the second best overall in run blocking, with two top ten individual grades in Quenton Nelson and Braden Smith, by ProFootballFocus.com in 2019.

The Vikings were bullied in week one by the Green Bay Packers, but luckily most of the damage was done through the air, and on short fields, so the defense only allowed Aaron Jones 66 rushing yards and a touchdown.

However on this, the most successful run for Jones all day, the Packers used that tendency of going outside to freeze linebacker Eric Kendricks in the middle of the field. He’s watching the motion back to the left, and as such, has to wait to make sure that the ball isn’t going back the other way, something that Green Bay did multiple times.

Now I don’t expect the Colts to have as much motion in their offense, but they could use the same principles that Green Bay did and work either outside-in or inside-out. Either way, the Vikings will need to be at the top of their game to stop a bruising runner behind one of the NFL’s best guards in Nelson and keep the Colts from getting into third and short situations.

Rivers made a start for a team not named the Chargers, be it the Los Angeles or San Diego variety, in week one of the 2020 NFL season and continued to make this year one of the strangest in recorded history. The 38-year old veteran collected 363 passing yards and a touchdown.

Despite this great volume of yards, his team only put up 20 points thanks to a couple of costly turnovers by Rivers. The first, an interception by rookie CJ Henderson on a pass intended for TY Hilton, was an all-around terrible play from a player that should know better.

The second was another equally bad mistake where Rivers stares down his intended receiver the entire play.

Rivers would have actually had a third interception if not for a defensive holding call that kept a botched screen from going Jacksonville’s way. The funny thing about these turnovers was that they were almost completely unforced. The Colts have a great offensive line, and the only sack they allowed was when Jacoby Brisset came in near the goal line and tried to scramble.

With the Vikings inability to get home to Aaron Rodgers last week, and facing an equally good if not better line this week, it will be hard for them to get home without Mike Zimmer dialing up some extra pressure. However, It might not be necessary with how Rivers tends to trust in his arm, which has seen better days, a little too much

Taking a look at how Minnesota handled Rivers last season in Los Angeles, a game where the Vikings defense racked up seven turnovers with Rivers responsible for four of them himself, the Vikings did bring some extra rushers that day. According to Pro-Football-Reference.com, Zimmer’s defense blitzed Rivers six times, sacking him three times, hitting him twice, and hurrying him once.

On the first of Rivers’ three interceptions, he had a mostly clean pocket, stepped up, and promptly threw the ball up to a waiting Harrison Smith.

Being that it was third and 17, the Vikings put both Smith and Anthony Harris in a cover two zone with a soft man underneath. The Vikings only brought three rushers initially on this play, with Anthony Barr delaying his rush.

Again, Rivers has ample time in the pocket here and just flips it up to Mike Williams. Problem being that he doesn’t have the arm to make that throw anymore. Again, the Vikings are in a Cover two man look and Harris reads Rivers like a book. If Hughes doesn’t jump the underthrow, Harris probably gets another interception.

The final garbage time turnover of this game. Another cover two look, this time with soft zones. Both Harris and Sendejo are playing center field, or right and left-center, and Harris has incredible instincts to turn and make this pick when he wasn’t even near the play when Rivers released this ball.

These final two interceptions were made when Minnesota had a 29 point lead, but they were as bad of decisions, and executions, as Rivers’ first in this game and his two interceptions in week one of 2020. Point being that Rivers is a risk taker when he’s not making short, quick throws, and he doesn’t have the arm strength, or the receivers, to back it up anymore.

The Vikings should be able to take advantage of that if they can put him and the Colts’ offense off schedule.

Vikings fans are all too familiar with the Indianapolis Colts’ new veteran cornerback. Rhodes spent his first seven NFL seasons in Minnesota and transformed into a superstar under the tutelage of Zimmer.

He earned a starting spot in a Colts defense that, much like the Vikings, were searching for answers at cornerback. However, his debut in Indianapolis was not great and garnered a 39.3 grade from PFF, good for 105th among cornerbacks in week one. For reference, Holton Hill received a week one grade of 29.0, but he was facing one of the NFL’s best in Devante Adams and was constantly asked to guard him one-on-one.

Another sight that Vikings fans are used to, Rhodes was penalized just once on Sunday, but it accounted for 30 of Indianapolis’ 80 penalty yards. Rhodes has lost a step or two in the last few years, and putting Adam Thielen against him and going downfield could be a great way to get some free yards.

This is excellent play design by Jay Gruden. This Indianapolis Colts’ secondary has very few holdovers from last season, and the Jaguars get them out of sync by running a simple crossing route after moving a receiver in. This seems like a miscommunication and not that Rhodes was supposed to stick with Cole all the way across the field, but if Indianapolis is going to ask him to do that, the Vikings should be able to take advantage of his slow feet.