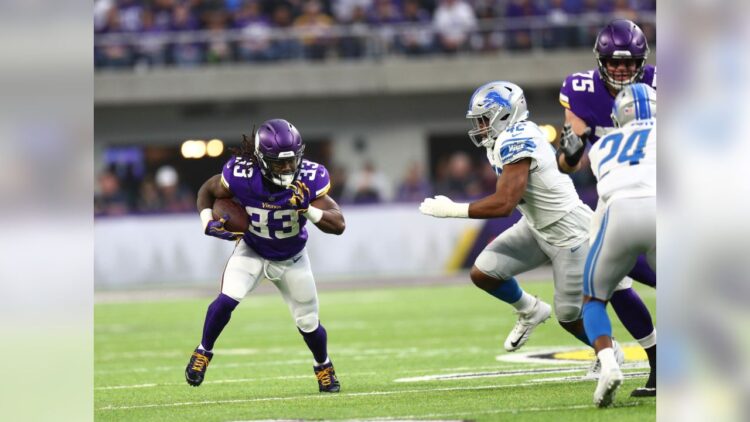 We saw two young quarterbacks come in and nearly earn wins in their first career starts, and we saw a team take clear control of the NFC South. In a week filled with action, only two teams outside of the bottom three remained in the same position as last week, and both were on byes. So, where did your team end up, and why am I wrong about them? Make sure to leave your thoughts/comments below!

Pittsburgh found themselves in a surprise dog fight with Garrett Gilbert and the Dallas Cowboys on Sunday. Honestly, it’s a pretty explainable game. It’s not that Dallas was suddenly better than Pittsburgh. Pittsburgh just didn’t take this team seriously.

That was proven when the Cowboys jumped out to a 13-0 first half lead, but then the Steelers woke up. They outscored the hapless Cowboys 24-6 the rest of the game, and their defense stood strong as it has all season. It makes sense, especially coming off an emotional win against Baltimore.

I mean, did we really expect anything different? Of course Green Bay was going to come out and absolutely obliterate their opponent after an embarrassing loss. Aaron Rodgers was great, and the return of Aaron Jones certainly helped this offense move the ball. The defense still is a concern, but if they get a healthy Jones for the rest of the season, the defense won’t be on the field as much.

This was the most dominant performance of the season. New Orleans went into Tampa Bay and shut down the run, made Tom Brady look every bit of 43-years-old, and moved the ball all over the Buccaneer defense. And FINALLY, the Saints’ defense put together a full 60-minute performance.

The returns of Michael Thomas and Emmanuel Sanders were huge for this team, not only because it gave Drew Brees two legitimate targets, but it put much less attention on guys like Jared Cook and Tre’Quan Smith. The scariest part of this performance is that Alvin Kamara didn’t even really get going, and they still dominated.

The Chiefs very easily could have lost this game, but I’m not sure if it means they aren’t as dominant as last year, or if it means Carolina is pretty damn good with McCaffrey back. Kansas City could not get their running game going, and the defense was not able to stop anything Carolina did. Mahomes is still incredible though, and he carried them through that game.

The Baltimore defense was great in this game, but once again, the offense just really doesn’t look good. The Ravens had just 266 yards of offense in this game, and they have gone from being the most dynamic offense in the league last year, to one of the worst this year. The final score of this game is impressive, but I’m still not convinced that this team can win games against Pittsburgh or Kansas City when it matters.

In what was undoubtedly the most entertaining game of the afternoon, Arizona wound up just short. If the fourth quarter field goal had just found its way through the uprights we might have a different story. Even so, I don’t think there’s anything to really be disappointed about if you’re a Cardinals fan. Kyler is great, and the defense has been beginning to string plays together.

Josh Allen regained his form against the Seattle defense last week, and Buffalo’s front seven did a great job of getting pressure on Russell Wilson throughout the game. If the offense can stay consistent, they should be in great shape for the rest of the season.

At some point, Russell Wilson can’t cover up all the ugly parts of this team. That was proven on Sunday. The offensive line is bad, they couldn’t run the ball, and the defense is one of the worst in the league. Russell Wilson just happens to be an MVP candidate, so they’re going to be a playoff team.

I think it’s time to circle the Week 17 matchup between Miami and Buffalo. The Dolphins look like one of the top four or five teams in the AFC, and Tua leading a comeback against Arizona has to excite Miami fans. Miami now has a stretch of four straight very winnable games before a murderer’s row to finish the season.

This game was pretty much over before it started. New Orleans dominated, and it’s now the second week in a row where Tampa Bay has looked very vulnerable. The Panthers have looked very competitive lately, and while I would expect Tampa Bay to come out angry and with a sense of urgency, I also wouldn’t be shocked if Carolina kept it interesting.

The Titans might be in trouble. They do not look like the team that made the AFC championship game last year. They barely snuck past a bad Chicago team, and now they have to go against Indy next week in a very important divisional game.

The Raiders escaped LA with another win, and they now find themselves in the playoff race. Derek Carr played well again, but the real story came from the running game where Devontae Booker and Josh Jacobs led the way.

The Rams have to be feeling good coming off their bye. Seattle and Arizona both lost, bringing Los Angeles to a tie for second in the division, and the Chicago loss gives them sole possession of the seventh and final wild card spot. With a big game against Seattle coming up, they can make up even more ground.

The Eagles remain on top of the NFC East, and they have the opportunity to extend their lead on both Washington and Dallas if they can beat New York this week.

Philip Rivers did not look good last week against Baltimore, and Jonathan Taylor has not really been the same since the week two performance against Minnesota. The defense has been the one positive for this team which gives this team a chance next week against Tennessee.

Cleveland comes off their bye looking very vulnerable. Bad losses against Pittsburgh and Oakland and a way-too-close game against Cincy make this game against Houston very important.

The Bears’ offense has been in a tailspin for awhile now, and with David Montgomery going into concussion protocol, it’s looking even worse. Nick Foles has not been good at quarterback, and some people have even begun calling for the return of Mitch Trubisky. With a matchup against a now rejuvenated Minnesota team, things are not looking positive in the Windy City.

Cincinnati is certainly not going to make the playoffs this year, but the team is starting to come together. Joe Burrow is playing great, and the offensive line is finally beginning to do a better job of protecting the young quarterback. Pittsburgh is a kind of “kitchen sink” game where they can play pressure-free and try some things.

The game started ugly, but Cam started looking comfortable towards the end of the game. The Patriots aren’t going to win games in a pretty fashion with a run-focused quarterback like Cam Newton, but maybe this is the path to more wins in the future.

The Vikings earned their first home win of the season in a dominating performance against Detroit. The offense is flowing seamlessly when Dalvin Cook is available, and the defense has not been bad the last two weeks. Consider this team rejuvenated.

Carolina is still playing competitive football; they just haven’t been able to pull out wins. With Christian McCaffrey back, that definitely bolsters their offense, and they should be motivated for a rematch against a struggling Tampa Bay team.

It’s the same story for San Fran that it always has been. The injuries are just too much. Nick Mullens is no Aaron Rodgers, and Jerrick McKinnon is no Aaron Jones. At the end of the day, there’s not much more Kyle Shanahan can do with this squad.

This game really wasn’t as close as it seemed; Atlanta was up 34-13 in the fourth quarter. Even so, Drew Lock played decently well, and they did have a last minute possession with a chance to tie.

I really don’t know what to say. I’ve already spent two articles apologizing to Chargers fans, and the losses just keep getting worse and worse. Maybe I just need to stop? Anyway, tune in to watch Justin Herbert against Tua next week because that’ll be fun, but all bets are off as far as how the Chargers will manage to lose this one.

It was a bad week for Matthew Stafford. After being quarantined for COVID precautions, he went into the game with no practice time. Then, during the game he left with a possible concussion. If he does in fact miss next week with a concussion, Chase Daniel will have a difficult matchup with Washington’s defense.

Sure, Houston got their second win of the season, but they almost blew a lead against a terrible Jacksonville team with a rookie quarterback making his NFL debut. In order for this team to be taken seriously, they desperately need a win at Cleveland this week, and that may not even be enough.

Atlanta almost blew it again, but they managed to hold off a late Denver run to win. It’s a good way to go into the bye, but there’s little else for Atlanta to be excited about this year.

Hey, it wasn’t pretty, but they got the job done. New York, at 2-7, has somehow brought themselves back into the division race. They now have a matchup with the division leading Eagles, and they go into the game two and half games back in the race. A win would push the door wide open.

When Kyle Allen went down, Alex Smith came in and, sure, he didn’t look great throwing three picks, but he made some plays too. With a matchup against a weak Detroit pass defense coming up, you can’t feel too badly about his chances to make more big plays if Allen isn’t ready.

I don’t think anyone expected Garrett Gilbert to be making plays against one of the top defenses in the league, but that’s exactly what happened on Sunday. Dallas may have lost the game, but if nothing else, Gilbert and Tony Pollard are at least a beta version of Dak Prescott and Ezekiel Elliott. In fact, Pollard might be proving to be a better, or at least more motivated, rusher than Elliott at this point.

Jake Luton quite nearly took the league by storm on Sunday when he stiff-armed a defender on his way to a rushing touchdown at the end of the fourth quarter. If he had just made a better throw on the two-point attempt. Still, for a team that has had nothing to look forward to this season, the opportunity for the duo of Luton and James Robinson to go against Green Bay’s defense should at least be entertaining.

The Jets actually were not bad for most of this game, but they did blow a fourth quarter lead to a bad New England team. They are 0-9 going into their bye.