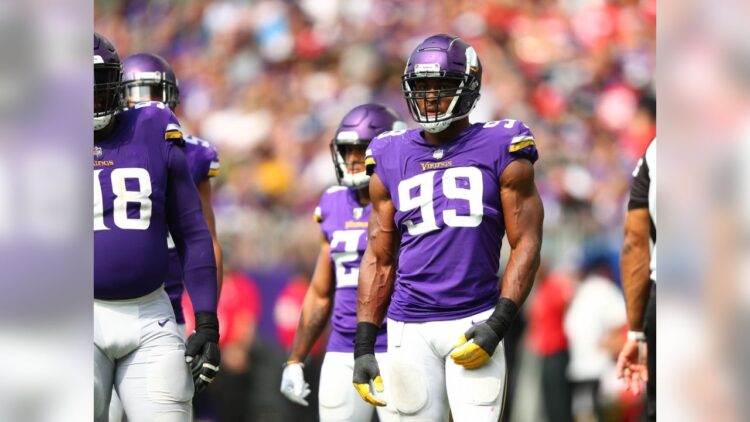 It is no secret that EA Sports’ Madden has a long history of producing poor content . This time around Madden 21 is facing heavy criticism even long before its release date. They released their annual ratings for all NFL players and it was not well received, and rightfully so.

Many question whether the rating adjusters actually watched the film or understood what they were seeing. So we took a crack at adjusting the ratings of the Vikings roster. Leaving the bias at home using pure statistics to justify the changes, with the adjustment in parentheses for each player.

Anthony Harris has been by far the best safety in the NFL the past two seasons. He is the first safety since 2005 to record eight plus Interceptions, six plus pass breakups and has not allowed a touchdown in a two-year span.

He has outperformed fellow safety and former All Pro Kevin Byard (who has a 91 overall rating) by matching interceptions and pass break ups, but giving up five less touchdowns the past two seasons. Harris’ zone and man coverage ratings should be better or at least match that of Byards, as well.

It’s hard to deny that Cousins was a top ten Quarterback last season. He even won player of the month after his team dropped to 2-2 but went on to win four straight. Cousins consistently ranks in the top five in accuracy, deep passing, play action, and passing outside the pocket.

Taking into account that mobile QB’s are all the hype in video games now (for obvious reasons for anyone who has played Madden), it’s easy to see why Cousins’ rating is so low, but his stats prove he is better than guys like Carson Wentz or Dak Prescott. Both were rated two points better than him despite not having as impressive a season in 2019.

Perhaps the most egregious of all the ratings is rising star Brian O’Neill being rated a 75. If your name isn’t Ryan Ramczyk( 91 ovr) or Mitchell Schwartz(96 ovr) you were outperformed by O’Neill last season.

According to Pro Football Focus, he ranked third in sacks and pressures given up, and pass blocking efficiency in 2019.  The Vikings also averaged more yards per carry running behind him than the Eagles did behind Lane Johnson, whose running blocking grade is twelve points higher than O’Neill’s.

As we get further down this list the ratings start to make you think the adjusters never actually watched Vikings football. CJ Ham was a massive part of why Dalvin Cook was as good as he was in 2019.

Not only was he a fantastic run blocker but a solid pass catcher outside of the backfield. While his receiving ratings aren’t bad, his 56 run blocker rating just does not make sense. Along with his 51 impact blocking, neither stat matches his real life play style or results.

Pat Elflein put together his worst year as a pro when he moved to left guard in 2019. He was top three in sacks and pressures given up for a guard in the entire NFL. He was a decent run blocker which is what likely saved his rating from plummeting.

Bradbury had an up and down rookie season, between weeks nine through fifteen he only gave up nine pressures and zero sacks, but in his two games against the Packers he gave eleven pressures and three sacks.

There was definitely progress, but given that fellow center Erick McCoy is only rated a 78, and was better by a good margin seems only right to bring down Bradbury’s overall a bit.

Danielle Hunter is just now becoming a household name. He broke the record for youngest player to reach sixty career sacks, and out produced every edge rusher rated higher than him except Chandler Jones(95 ovr). Hunter has become an all-around talent on the edge recording eighteen sacks and finishing top ten in run stops for edge players.

Ifeadi was a spark plug for the Vikings defense, and is now ready to take over the starting role on the edge. He was able to manage seven sacks and fifteen stops from a backup position. His stats are nearly identical to that if Brian Burns(79 ovr), but the overalls are almost ten points apart.

Dan Bailey would have won most improved player on the Vikings if there were an award for that. He was able to return back into the top ten of field goal percentage after a rough season in 2018. For comparison Robbie Gould who also has a longer history of being a good kicker, only made around seventy-five percent of his kicks last season, but maintained a decent rating at eighty-four.