10 Reasons the Vikings Can Win in Week One 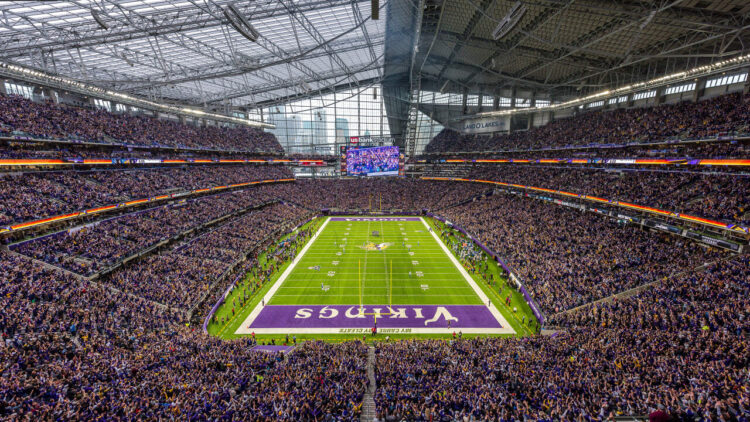 The 2020 Vikings season opener is less than 24 hours away, and Twitter is blowing up with all sorts of hot Vikings takes. Unfortunately, I’ve been seeing far too many Minnesota fans sharing their PESSIMISTIC outlooks for the Green Bay game. It’s time to remind fans and foes why the Vikings can win on Sunday.

It was unclear at times how involved “Co Head Coach and Offensive Advisor” Gary Kubiak actually was with the 2019 offense. Previous Offensive Coordinator Kevin Stefanski did a reasonable job calling plays in 2019, but he brought limited experience to the table. Kubiak has been in the league for over 30 years, and he shares the same offensive vision as head coach Mike Zimmer (run often, zone block, ample play action passes, etc.). Having those two on the same page, and Kubiak calling plays should pay dividends in this matchup and beyond.

2. A New Beginning for Pat Elflein

Pat Elflein has really struggled over his first three seasons. In year four, the last of his rookie contract, he has now been switched to right guard after being tried unsuccessfully at both left guard and center. Reports from training camp claimed he was thriving at the new position, and there is reason to believe this is true. With plenty of potential replacements on the roster throughout camp, he likely would have been cut if he wasn’t taking to it well, so fans can hope to see his improvement on Sunday.

An entire article could be written on this topic (and has been written HERE), but we’ll keep this brief. The Vikings cornerback group, returners and rookies alike, received rave reviews throughout camp, and film that was released told the same story. These young guns are extremely smart, physical, and athletic. We may see a pick or two tomorrow, even against Aaron Rodgers.

Defensive lineman Ifeadi Odenigbo expressed his displeasure via Twitter when the Vikings traded for his replacement, Yannick Ngakwoue. Yannick and Danielle Hunter were expected to pair up as the team’s starting defensive ends, but Hunter now finds himself on Injured Reserve with a mysterious injury. With Hunter temporarily out, Odenigbo has a golden opportunity to fill in and show coaches he’s capable of being a starter.

Another coaching change, or addition, this offseason came in the form of former Green Bay defensive coordinator Dom Capers. No, Capers probably doesn’t have much useful information on the Packers since the team has largely changed since he left. However, his injections to the Vikings defense, as he holds the title “Senior Defensive Assistant” could be interesting. Keep an eye out for some new looks/scheme changes, possibly from Capers influence, against Green Bay.

It would be easy to ignore this topic since the Vikings will not have fans in attendance at U.S. Bank Stadium, but there’s more to it. Not having to travel is a significant advantage for any team, as is playing in an enclosed stadium. Packers fans like to give the Vikings a hard time for supposedly pumping fake fan noise into their former venue, the Metrodome, which may or may not be true. With the current covid situation though, Minnesota might actually do so, legally, at the Bank. Anything that helps to throw off Aaron Rodgers is fine by me.

7. An Arsenal of Pass-Catchers

Two more position groups that could have a short novel written on them are the team’s wide receivers and tight ends. Adam Thielen is back to being healthy, and he has been a big help in mentoring the team’s young wide receivers all offseason. First-round pick Justin Jefferson is the obvious one to watch, but reports on Olabisi Johnson are also fantastic. As for the tight ends, Kyle Rudolph and Irv Smith are so good, quarterback Kirk Cousins may have trouble deciding who to throw to.

Justin Jefferson scores on a 19-yard TD and the Tigers go up 7-0. #CFBPlayoff pic.twitter.com/NHzrR3Mw0t

Minnesota’s running backs were battered and bruised late last year, but they made it through training camp without getting dinged up. They will make an immediate impact. Dalvin Cook is very happy after signing his new deal only hours ago, and the sky’s the limit for sophomore Alexander Mattison. Don’t forget about Mike Boone, and C.J. Ham too.

Thank goodness. Cousins was finally able to shake the “can’t win big games” label last year. He beat the Cowboys in a primetime road matchup, and he then stormed into New Orleans in a playoff game and roused the Saints in overtime fashion. The monkey is off his back, and fans should be extremely excited to watch Cousins slinging it this year.

– Kirk Cousins to all of New Orleans

For those of you who either missed the draft, or just ignored the happenings in Green Bay, here’s a recap on that and their offseason:

All in all, I’d say there are plenty of reasons to believe in a week one Vikings win.