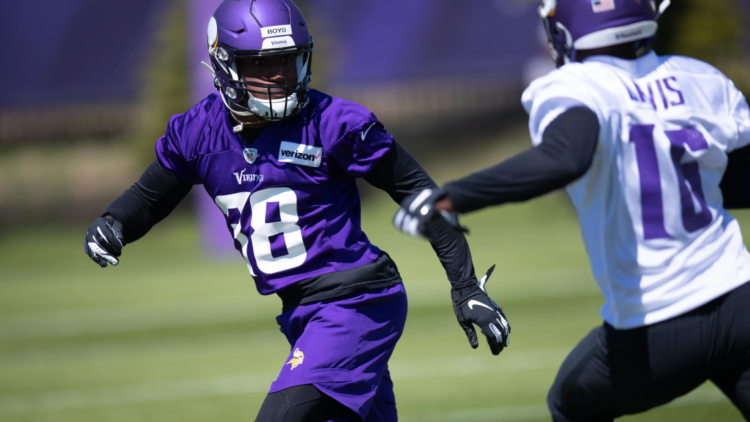 Every year teams in the NFL have rookie players that end up making a big impact. While that’s pretty obvious, we’re not going to be talking about the rookies that are expected to make an impact but rather the rookies that are picked later in the draft as it pertains to teams in the NFC North. Since the Minnesota Vikings will have to play each of these teams twice, these players will undoubtedly impact the purple and gold. Our Vikings Territory (and it’s sister site, purplePTSD.com) writers take a look at the unexpectedly impactful rookies for Minnesota and their divisional rivals for the upcoming season, so without further ado, let’s do this! 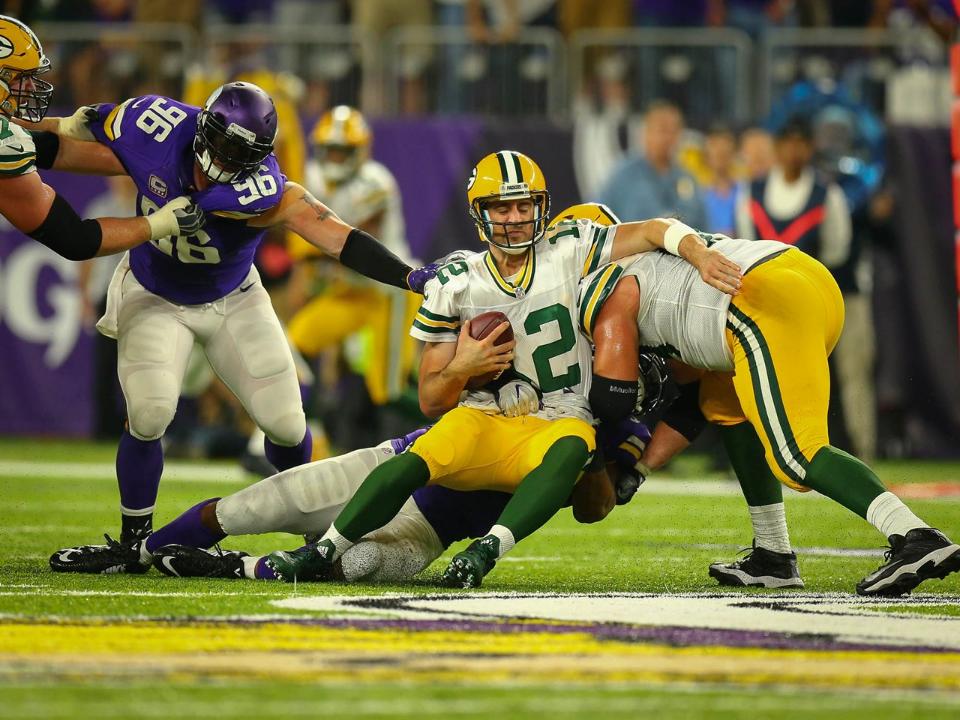 Jace Sternberger is the tight end the Packers had been looking far and wide for in free agency, but had never found. Sternberger is a precise route runner the team needs, that will be a weapon not many linebackers will be able to cover. He is a matchup nightmare. Especially if Aaron Rodgers can look towards the tight ends more than he has the previous few seasons. If that happens Sternberger could be the top tight end to come out of this class in year one. As someone that was very high on Sternberger pre-draft, seeing him go to the Packers was very disappointing. With another weapon on offense, the Packers are looking to return to being the NFC North champions.

Kris Boyd isn’t a household name right now, but with Holton Hill suspended the first four games and Mike Hughes looking like he won’t be ready to go to start the season, Boyd could see a lot of playing time. He excels more in cover 2, but with Jerry Grey and Mike Zimmer teaching him press coverage, he should catch on quickly. The Vikings got in trouble with cornerback depth last season after losing Hughes to injury and having both Rhodes and Waynes experience injuries. This year, they may have even an even more difficult time as it may be difficult to justify keeping as many cornerbacks on the 53 man roster (beyond Rhodes, Waynes, Alexander, Hill and Hughes). During Hill’s suspension, Boyd should see the field a decent amount and the Vikings will know sooner rather than later what they have in him.

My bet is they have yet another solid late round pick up.

David Montgomery will, unfortunately, be another great running back for the Chicago Bears. The Bears didn’t really have a need at running back, but Tarik Cohen has shown that he is not an every down back and is best when he’s able to be used as a pass catcher as much as a runner. Montgomery gives them another good option out of the backfield and should be able to take the bulk of carries if need be. Montgomery doesn’t have the explosiveness of some runners, but he’s patient and knows how to use his blockers to open up holes. He might not end up as a huge big-play threat, but he’s going to have the chance to anchor the Bears backfield for years to come. 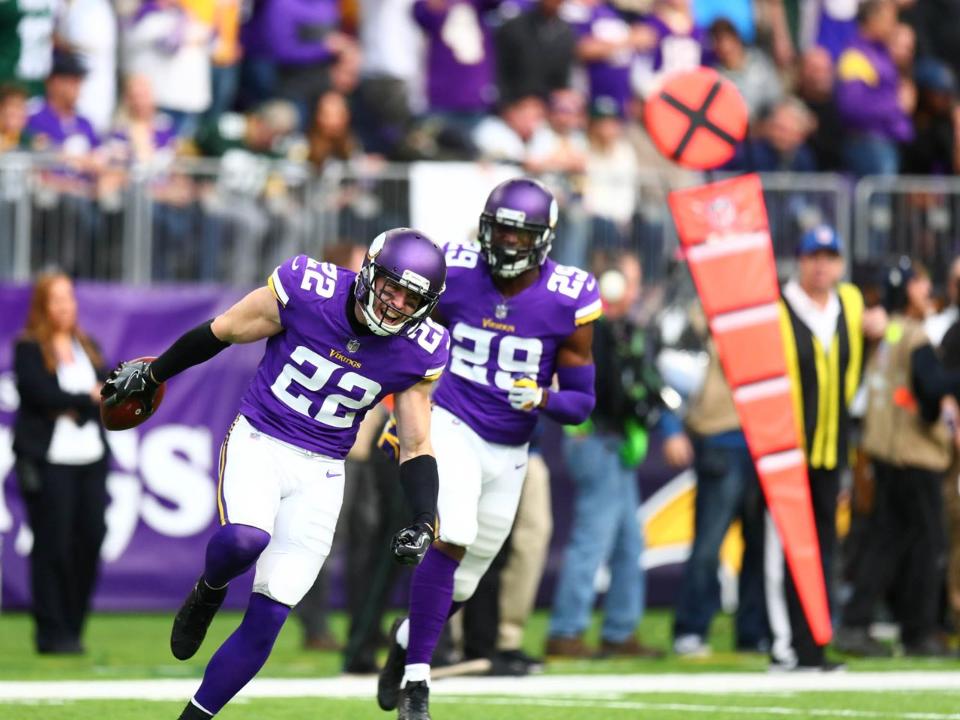 Mike Zimmer and the Vikings have found themselves a bit short at the safety position in recent times. At one point this offseason the team was only carrying Harrison Smith, Jayron Kearse, and Anthony Harris. They have since picked up former AAF player Derron Smith, and 3 rookies: Isaiah Wharton, Micah Abernathy, and Marcus Epps. Only Epps was drafted by the Vikings, the other two came as UDFAs. Epps seems to have a jump on the other new safeties and was reportedly taking snaps with the first team defense during OTAs.

Epps comes from the University of Wyoming where he walked on and made his presence felt immediately. Over 4 years with the Cowboys he collected 324 tackles, 9 interceptions, and a touchdown. Epps’ numbers have decreased every year since his sophomore season but under the tutelage of Harrison Smith and Mike Zimmer he has a chance to become a playmaker. Epps will have to overcome some hurdles, namely his smaller build and his lack of makeup speed. However, Epps is an instinctive player with a great mind for the game. He should also be in the position to be very impactful for this Vikings team and defense. Epps may just be the long-term answer at safety for a squad that only has Harrison Smith locked in past this season.

Among the NFC North, the Detroit Lions come into the 2019 season as perhaps the weakest team in the division. Head coach Matt Patricia’s coaching seat is already warming up as he heads into only his second season with the team, a season in which Vegas has the Packers, Bears, and Lions poised for more wins this season than the Lions. More than any other team in the division, the Detroit Lions need impact performances from their rookie class to stay competitive this season.

Which is why, despite having a strong starting core of lineman ahead of him, I’m betting on seeing big things from Detroit’s fourth-round rookie Austin Bryant. Bryant certainly won’t be a day one starter. Defensive end Trey Flowers signed a huge contract to come from New England to Detroit, joining returning veterans on the defensive line such as Da’Shawn Hand, Damon “Snacks” Harrison, and Romeo Okwara. Detroit’s line figures to be the strength of their defense and is a position group that favors player rotation to keep starters fresh.

Bryant won’t crack the starting roster often, hold for injury relief. Still, he can make a big impact in his rookie year as a rotational pass rusher. Coming in with fresh legs against tired offensive lineman, Bryant has enough talent to disrupt divisional passers Kirk Cousins, Mitch Trubisky, or Aaron Rodgers. At his best, Bryant could have a similar rookie season to Danielle Hunter in 2015. Hunter was a rotational pass rusher behind starters Everson Griffen and Brian Robison in Minnesota, but still tallied up six sacks and thirty-four tackles in his rookie year. That’s more than enough to help the Lions steal a game or two in their hopes to get to the postseason for the first time since 2016. 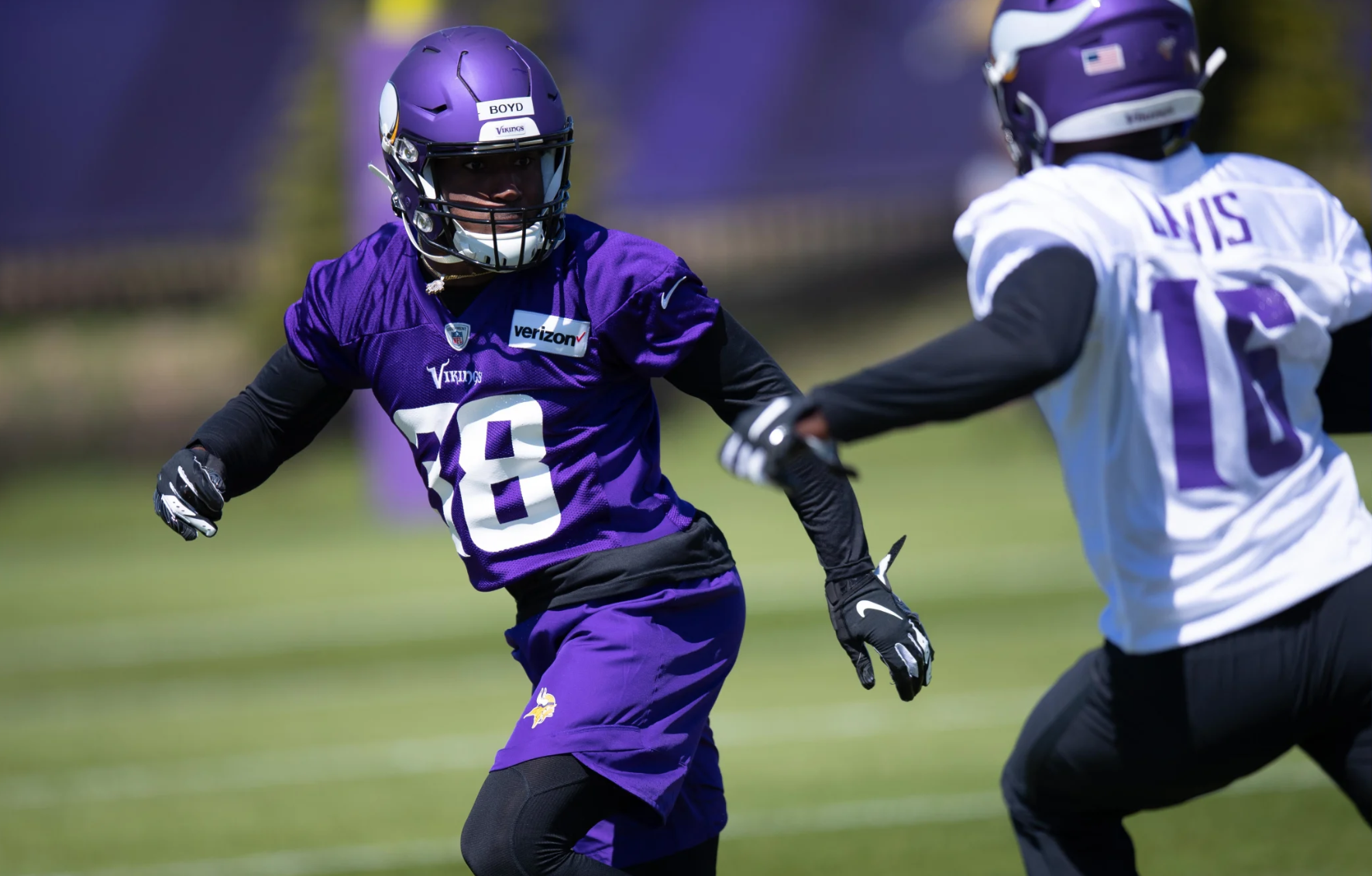 Once upon a time, the Vikings had cornerback depth, but those days are no longer. Holton Hill has been suspended for the first four games of the season, and Mike Hughes is still nursing an ACL injury from last season. As it stands now, the Vikings are opening against the Atlanta Falcons with their starting three cornerbacks: Xavier Rhodes, Trae Waynes, and Mackensie Alexander. Certainly a more than capable stable of cornerbacks.

With how physical Zimmer plays his corners and how prone the position already is to injury, depth becomes a concern. With Hill and Hughes already counted out, Boyd looks to be the primary backup. The seventh-rounder could see significant action early in his rookie season.

The Vikings face two divisional opponents, the Packers, and the Bears, in the opening slate of the season. Boyd will almost assuredly play some snaps during these games, facing up against veteran receivers in Lambeau and at Soldier Field. If the Vikings want to win the division, they can’t give up easy points to these teams. If Boyd can hold his own on the NFL stage, he will have over-exceeded expectations.

David Montgomery, selected with the 75th overall pick out of Iowa State, is an elusive back with a unique frame. He is only 5’ 10” tall but is also a physical load at 220 pounds. Montgomery could become the next Matt Forte for the Bears, where like Forte he is asked to do everything. Jordan Howard fell out of favor with the Bears coaching staff and was sent to Philadelphia, leaving Chicago with Tarik Cohen and the newly acquired Mike Davis. However, Cohen doesn’t appear as a player who can be an every-down back, proving to be more of a swiss army knife –  exploiting matchups as a returner, receiver and running back in limited doses. Montgomery could prove himself as an every-down back, carrying the ball over 250 times as he did in his last two seasons with the Cyclones. Montgomery has showcased throughout his collegiate career flashes of both power between the tackles, especially down near the goal line, as well as his explosion and quickness to evade tacklers. Alongside Cohen, Montgomery could handle the bulk of the carries and has the ability to thrive in Matt Nagy’s offense. Even if he is not the next Matt Forte, David Montgomery could definitely be used in a similar way to create havoc for Mike Zimmer’s defense.

Dru Samia, who was taken later than projected at pick 114, is one of the nastiest guards to enter the NFL this year. On a Sooners line that also boasted fellow draft picks Cody Ford and Ben Powers, Samia clearly was the tone-setter in Oklahoma and helped both on running and passing plays. Samia helped protect two consecutive Heisman Trophy winners in Baker Mayfield and Kyler Murray while also grounding defenders, allowing runners like Rodney Anderson and Joe Mixon to get into space. Samia might not start week one, as newly signed Josh Kline is the favorite to start at right guard.

However, Samia will surely make the team and could eventually take over at either left or right guard, as he has shown to be versatile at both spots. He fits perfectly in the offensive scheme that Kevin Stefanski and Gary Kubiak want to run in. He is nasty and physical at the line of scrimmage. The Vikings have had a key injury on their offensive line each of the past three years. As a much-needed depth player, Samia will surely have to fill in on the offensive line at some point during the 2019 season.