How the Vikings Can Use the Draft to Protect Cousins 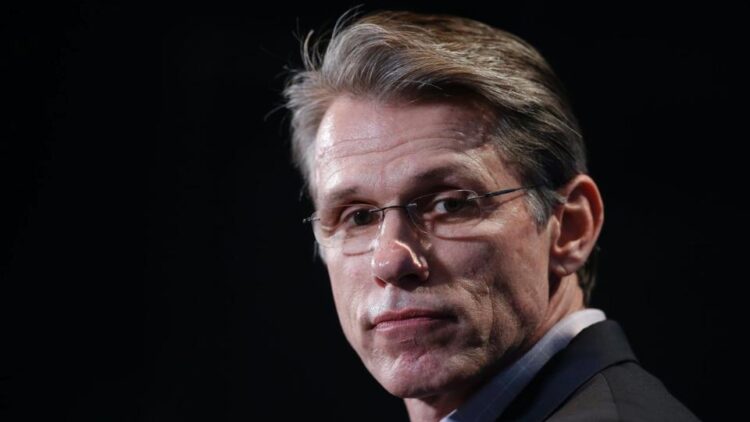 At this point, with the draft just a few weeks away, the Minnesota Vikings and every other team in the NFL should have a pretty good idea of how they want to approach the draft. Are they going to target specific needs? Will they go for the best player available? Will they try to trade up, down, or try to get more picks?

Or will they just stand pat with the picks they have and do whatever they can do?

How they do it is not nearly as important as what they do, and hopefully, they will be focused on one thing: making life easier for Kirk Cousins. You know, the one-time most expensive player in NFL history that they failed to protect last season because cornerback depth is more important than not starting a game with four or five three-and-outs. That’s a snarky and sarcastic way to say that if they expect to have anything to show for it, they better figure out how to help him more.

Yes, he does already have two of the best wide receivers in the game and a pretty good tight end as well as one of the more electrifying (when he’s on the field) young running backs in the game. But what he is missing is time to find those guys– as the “I don’t have ten seconds” GIF that nearly broke Vikings Twitter painfully reminded us last year. As most outside the management of the organization understand, a better offensive line can give him more time which means that they didn’t spend $30 million dollars a season guaranteed to see how good the opposing teams defensive line is at tackling.

To be fair, last year’s line was a middle of the road group, statistically (which some would argue shows the vast gorge between the game itself and the numbers people derive from the game); they were 15th in sacks allowed with 40 and 18th in QB hits allowed with 95. Looking at those numbers in comparison to the league as a whole—they were not terrible. But when you look at the games themselves and just how disruptive the pressure opposing teams put on Cousins, you’ll see what the problem is with the Vikings. That’s not to completely apologize for Cousins, but few quarterbacks outside of Michael Vick in his prime would be able to succeed when they’re pressured on nearly half of their drop backs. But even when you compare the above stats to the teams that made the playoffs last year… they were bad.

So, to become one of those playoff teams soon, you can bet that the Vikes will have to upgrade their offensive line, namely at the guard position. The trick, of course, will be in figuring out when to go after guys. You want to pick up a player you’ll need, but if you can get him in the second round instead of the first, you want to. I know that sounds obvious but when it comes to the Vikings and the line in the draft, it’s clearly not that simple and at this point I don’t want a repeat of last year where they presumably believed that they could pick up one of the four plug and play guards that were available AFTER they drafted corner Mike Hughes (who had to be their best player available, or at least I hope he was). As we saw, though, there was a run on guards after the Hughes pick and before the Vikings second-round pick.

However, few guards are taken in the first round, which very well may mean that the first offensive lineman the Vikes take will come on Day Two, although at this point I would argue that they can’t risk another 2018 (in every sense but specifically in terms of missing out on the top guard on their board).

Among the players they should target are:

McCoy, Jordan, and McGovern are all listed as ‘guard/center’ which means they should be versatile enough to play both (something that gives the team more options), and could help the Vikings perhaps move center Pat Elflein to (right or left) guard, a position(s) he excelled at in college before moving to the center spot his senior year. Lindstrom and Deiter were two of the better guards in college football last year making them just as good a selection as the other three—but in round two at the earliest.

None of them are first-round talents according to most analysts and their mock boards out there. But that means the team can address another need in the first round— the defensive front. Sheldon Richardson moved on to the Cleveland Browns leaving a big hole that needs to be filled. Getting Shamar Stephen back will help provide depth, but they could still use someone offensive line coaches will worry about (unless they have tons of faith that they can sign former Gopher Ra’Shede Hageman, who was a huge talent in college but has been out of the league for the past two seasons after he was charged with three misdemeanors including battery/cruelty to children. Yikes).

The following guys could fit the bill:

Burns, Bush, and Lawrence are all considered first-round talents and could be available when the Vikings make their first selection with the No. 18 pick. If Simmons and/or Polite are still available when they get another turn in the second, they should seriously consider selecting either one.

With improvements to the offensive line, Kirk Cousins should have a little more time to figure out what to do with the ball during plays. A better pass rush will make life harder on opposing quarterbacks and will get the ball back in Cousins hands quicker. That means he will have more time with the ball which will hopefully translate to more scoring opportunities—and points.

In the later rounds of the draft, to continue with the “make life easier on Kirk Cousins” theme, the Vikings should take a look at possibly adding a new tight end, wide receiver, and/or running back. Kyle Rudolph is in a contract year so it wouldn’t hurt to be ready for his departure and it’d be nice to add some two tight end plays to the repertoire (at least ones that involve passing and not blocking).

As good as Adam Thielen and Stefon Diggs are, to make the most of them, it wouldn’t hurt to have a better No. 3 receiver that isn’t a gigantic liability (cough Laquon Treadwell). Dalvin Cook has shown flashes, but he hasn’t really proven himself yet (or stayed healthy long enough to do so) and with Latavius Murray leaving the Vikings for that “starting spot” in New Orleans, and Ameer Abdullah notwithstanding, the team definitely needs a reliable and thumping option at the running back spot.

Kirk Cousins is here to stay for at least two more seasons, so the easier life can be for him, the more productive he can be. The more productive Cousins is, the more games the Vikings will win.   The more games the Vikings win, the less time I spend strangling stray cats. It’s a win-win-win for everyone (except the local bird population). It’s not hyperbole to say that this is the most important draft since 2005, when the Vikings had two first-rounders thanks to the Moss/Raiders trade, and I am including the year they had three first round picks. If they nail it, the Vikings can be a Super Bowl contender, if they blow it (again), Zimmer and perhaps Spielman will be looking for a new job. Let’s hope it’s the former.