Cards-Vikes: What to Look for in Preseason Game 3 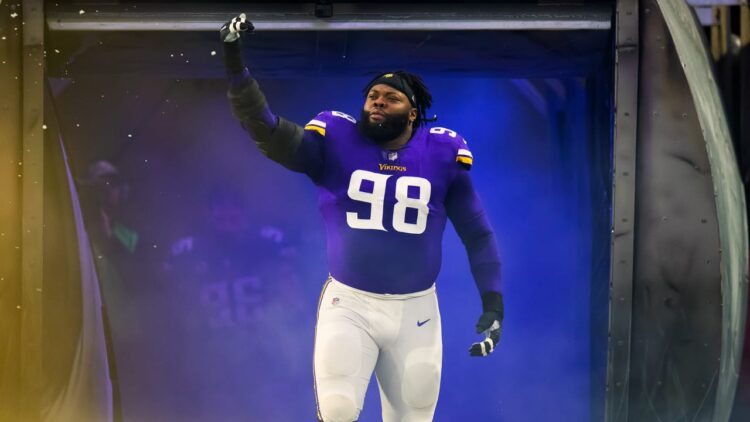 The Vikings host the Arizona Cardinals at noon on Saturday at U.S. Bank Stadium. It is the third preseason game typically used as the final tune-up for the starters. Here are a few things to look for in this game as the preseason winds down and the regular season is only a couple weeks away.

Will Linval Joseph play and how will he look?

Joseph return to practice this week for the first time following some off season surgeries. He says he is feeling great, so it would be nice to see him in the game and see how far behind (if at all) that he is. Mark Craig of the Star Tribune says he looks good at practice.

Will we see the return of Brian O’Neill?

O’Neill got dinged up early in training camp and hasn’t returned. His presence is needed to get the oline playing together before the regular season begins. If not, there will be some continuity issues coming into the regular season. That will likely be the case—the Vikings won’t rush him back.

Can the offense take another step forward?

A good series in the first game and two okay series in the second has given fans hope for a better start to the season than last year. Hopefully the unit will be crisp and quarterback Kirk Cousins can demonstrate even more command than he already has this preseason.

We should settle some position battles on Saturday.

Look for WR3 and RB2 to be solidified by their reps with the ones against the Cards. You should also see a bit more of Irv Smith all over the field, as the Vikings look to be using him a lot this season. Chad Beebe should WR3, Alexander Mattison RB2 and Beebe will handle the PR duties, as well. Jeff Badet’s mid-week injury will not help him in pursuit of the KR duties. Injuries have been his Achilles Heel bugaboo.

Will we see Dalvin Cook, finally?

The Vikings offense should try to get Stephon Diggs a little more involved.

Expect to see it. They will want to get him going and the extended playing time will allow that to happen. Digs has been pretty quiet in the three series thus far. Hoping for Cousins to look for him against Arizona.

The kicking game—always worth watching on this team.

We should want to see more work for the new specialist Kaare Vedvik. It seems like we are just scratching the surface with this guy.

The backups will get less time to flash in this game so look for them to do as much as they can with the little opportunity they have.

Mike Hughes has reportedly been working his tail off in his rehab stint at practices, but we still won’t likely see him. Watch the linebacking unit to see if anyone separates themselves this week. Perhaps an even better showing from the defense this week is warranted, just so head coach Mike Zimmer won’t be happy.

Cardinals wideout and native Minnesotan Larry Fitzgerald is likely making his last appearance at The Vault. See Larry the Legend while you still can. He may not be around much longer.