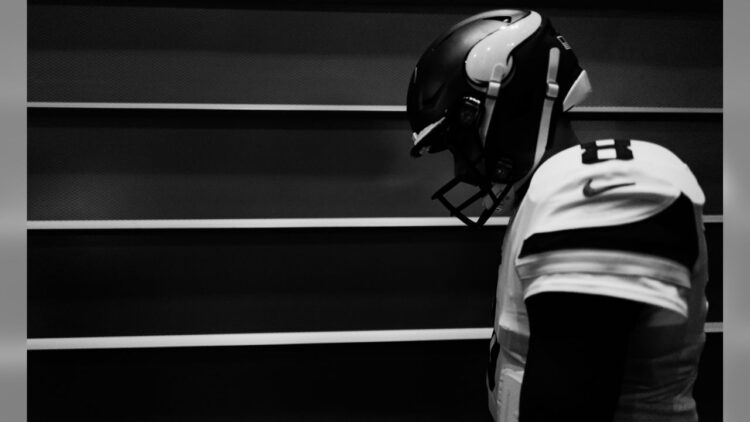 While players and coaches are in the midst of closing out the regular season, salary cap specialists are peeking ahead to the offseason. After all, the Vikings are projected to be $1.2 million over the salary cap once the season ends.

Michael Ginnitti, co-founder of Spotrac, recently published an article identifying a contract extension candidate and roster bubble candidate for each NFL team. When it comes to the Vikings, Ginnitti believes Kirk Cousins may be in line for a new deal in 2020 while Xavier Rhodes could be trending toward the trade block or waiver wire.

Kirk Cousins (QB, 31): The reality here is that Cousins has done 99.9% of what the Vikings were asking for when they locked him in $84M guaranteed 2 years ago. If they feel he’s not the QB who can take them to the finish line, then this extension will never come. But if they like enough of what they’ve seen, converting the $30M already guaranteed in 2020 into some sort of bonus and tacking on a few extra years to this deal will clear some much needed space for Minnesota as they continue to contend. Dalvin Cook will also become extension-eligible after 2019.

Xavier Rhodes (CB, 29): This is now back-to-back tough years for Rhodes in the Minnesota secondary, putting his $12.9M cap figure on high notice for 2020. The Vikings can clear up $8.1M of space by moving on.

Xavier Rhodes hasn’t had an interception since Week 1 of 2018. Once a fan favorite, his regression has apparently lasted long enough to bump him into the conversation as most vilified Viking — ironically a title that was held for quite some time by Kirk Cousins — and also into a cornerback rotation.

Head coach Mike Zimmer implemented a cornerback rotation last week against Detroit to get the most out of his secondary, which has uncharacteristically struggled this season. Should the rotation continue, it could carve deeply into Rhodes’ playing time.

The two-time Pro Bowler may be fighting for a future roster spot on this team.

Rhodes is still under contract through the 2022 season. Releasing him in the offseason with a post-June 1st designation would result in a $2.4 million dead cap hit but also create $10.5 million in cap space for the Vikings, hence the $8.1M in savings.

He could also be a prime restructure candidate along with players like Riley Reiff and Everson Griffen. But considering the following players are scheduled to be unrestricted free agents, something needs to be done in order to clear a substantial amount of cap space so the team can retain its in-house talent.

The free agent signal-caller the Vikings signed back in March of 2018 has blossomed into the franchise quarterback the team hoped he would become.

Off the field he’s been a model citizen, in the locker room he’s developed chemistry with his teammates and as a quarterback, due to a strong supporting cast and a new scheme that plays to his strengths, he’s been flat out fantastic at times. He’s currently enjoying the best season of his career.

While it remains to be seen how well he performs in the playoffs as a member of the Vikings, it’s tough to imagine a scenario in which the team isn’t interested in extending No. 8, especially if doing so creates room to maneuver financially.

Even if Cousins causes some sort of cataclysmic collapse in the playoffs, opting to keep him on his current deal would hurt the team’s chances of signing both in-house and unrestricted free agents this offseason. As Ginnitti pointed out, Dalvin Cook is soon due for a contract extension, so any financial flexibility the team could obtain would be welcome.

While the Vikings are in a precarious position when it comes to the salary cap, they’re only a couple of transactions away from changing the situation dramatically. Extending Cousins and trading or releasing Rhodes are logical options to clear necessary salary cap space.