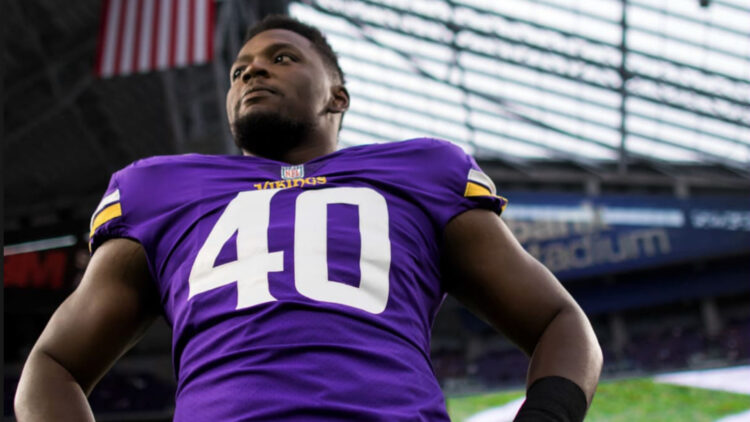 As outlined by Senior Writer Kirby O’Connor last week, the staff of VikingsTerritory.com will be looking at the plethora of players fighting for a roster spot on the final 53 over the month of July. Our profiles categorize why players will or won’t make the roster. Today, we take a look at linebacker Kentrell Brothers.

Kentrell Brothers is one of nine linebackers fighting for a roster spot during this years’ training camp. Six linebackers, including Brothers, made the final roster in 2018. Assuming linebackers Anthony Barr and Eric Kendricks lock up a spots as starters on Minnesota’s defense, Brothers is fighting with seven other players for four roster spots. His spot on the roster is uncertain, even though he has been on the team for his entire career since being drafted in the fifth round of the 2016 NFL Draft.

Experience and Position. Aside from the aforementioned starters, Brothers has the most NFL experience of the remaining Vikings linebackers as he heads into his fourth year. He will be competing for a spot against players with less NFL experience, like Reshard Cliett and Greer Martini, which could give him an advantage when head coach Mike Zimmer is making roster cuts. As an inside linebacker, he has experience being Eric Kendricks primary backup. Just last year, Kendricks and Brothers were the only inside linebackers rostered by the Vikings. Other depth pieces in the group, notably Ben Gedeon and Eric Wilson, largely play outside linebacker.

Cameron Smith. Smith is Kentrell Brothers’ biggest threat to securing a roster spot. Smith was drafted in this years’ NFL Draft after playing inside linebacker for the University of Southern California. During his collegiate career at USC he received two All-Pac-12 honors in his final two year, and was a Rose Bowl Champion in 2017. As an inside linebacker, he stands as the biggest threat to take Brothers’ spot in a direct competition. Smith also has a contractual advantage. Where Brothers’ contract renders him cuttable in the final year of his deal with a nominal sum of dead money, Smith is equipped with a full four year rookie contract. Sure, both can be cut without incurring a cap charge, but Smith certainly has a preferable contract, especially if you consider his ability to grow while still playing on a cheap contract in future years.

Kentrell Brothers path is clear cut. He has one man to beat in training camp to keep his spot as the primary backup to Eric Kendricks. If he can even make the competition close, the Vikings could elect to keep both him and Smith, cutting an outside linebacker or electing to keep seven linebackers on the week one roster. However, the Vikings are facing tougher choices elsewhere on their roster, with a stable of wide receivers fighting to see the field and a trio of quarterbacks hoping to back up Kirk Cousins. Unless Brothers has a notably excellent training camp, or Smith has a notably bad one, Brothers is a long shot for making the final roster. Still, watch for this positional battle to continue through training camp and into the preseason.