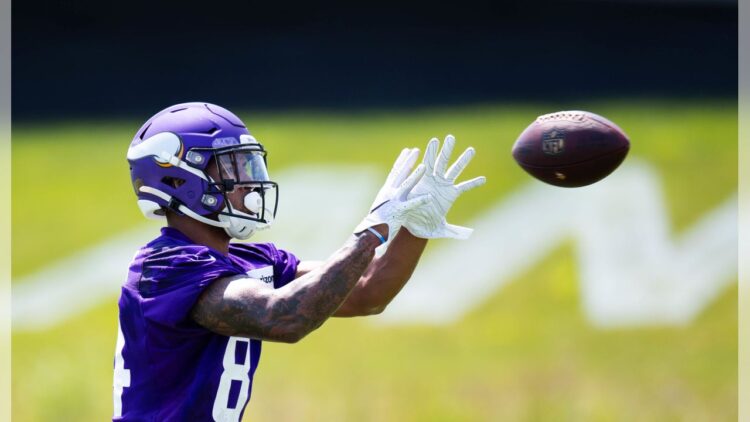 As all football followers know, Kirk Cousins and the Minnesota Vikings have hit their stride over the last three weeks. Thanks to the success of Diggs, Cook, and Cousins, the rise of two Vikings rookies has gone somewhat unnoticed. With star receiver Adam Thielen ruled out tonight, these two will play a critical role in winning the “Revenge Game.”

When the Vikings nabbed tight end Irv Smith Jr. and wide receiver Olabisi Johnson in the 2019 draft, neither were expected to make a huge impact in year one. After all, the Vikings already had veteran tight end Kyle Rudolph as the clear starter, as well as a dynamic duo of wide receivers in Diggs and Thielen. Much to GM Rick Spielman’s delight, both rookies are already making an impact.

.@PFF crunched the numbers and…

These five rookies BALLED OUT in Week 3! 🔥 pic.twitter.com/YqzNk85j7Q

Through the first few games, both performed well at their respective positions. With the Vikings determined to use the rushing attack early and often, Smith proved valuable as a blocking tight end, something that wasn’t touted in his draft profile. Johnson was also relatively quiet on the stat sheet, but he was the only Vikings rookie receiver to make the roster after training camp, and he has consistently created separation in games.

After a slow but promising start, both have begun to emerge as aerial weapons these past three weeks. On the season, Smith has 153 receiving yards, while Johnson has 134 yards and a touchdown to his young name. With Thielen out last week, it was no surprise to see the coaching staff use these two more, as Diggs was often double or triple-covered. Now that offensive coordinator Kevin Stefanski knows he’ll be without Thielen for a whole game, I’m sure he has a heavy dose of Smith and Johnson in this week’s game plan.

Vikings fans know the reliability of Adam Thielen, but they might not know this is the first game he has ever missed as a pro. Minnesota supporters wish Thielen a speedy recovery, but it will be interesting to see how the two rookies use this rare opportunity for more targets. As Cousins faces his old team in a primetime matchup, this is the perfect stage for Smith or Johnson to fully break out. Catch the game at 7:20 central time, and maybe you’ll see Smith catching his first touchdown. I’m predicting the Vikings to win 32-16, with at least one of the two earning a score.