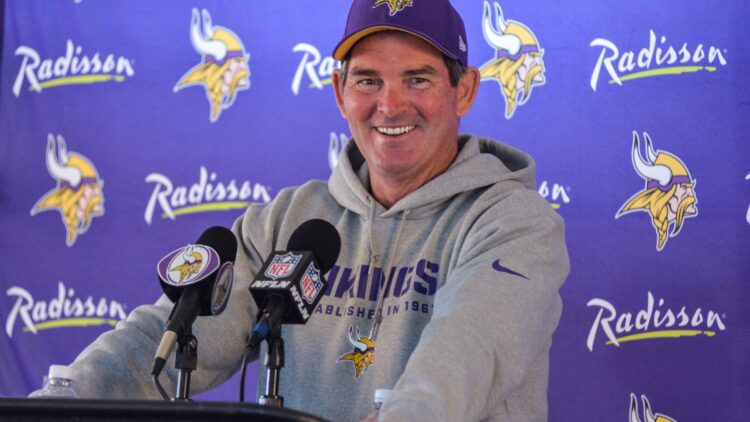 The Minnesota Vikings haven’t even finished the preseason, and fans are already in a frenzy. Kirk Cousins had a rough day in front of a home crowd, and kicker/punter Kaare Vedvik already has the yips. There’s a whole season ahead, yet fans are already jumping ship on social media. Is it really time to freak?

No, no, and no. If Mike Zimmer were to take a play out of archnemesis Aaron Rodgers’ book, he’d be telling everyone to R-E-L-A-X. Cousins looked especially bad yesterday, but this is no time to panic. This is just the preseason, and Zimmer would be silly to show off Cousins’ best throws in a meaningless game. Sure, Cousins was missing receivers and taking sacks, but he was also playing with backup receivers and without his starting right tackle. Nonetheless, I appreciate how he owned his poor performance rather than talk around it:

“I have to be much better than I was today. Simple as that.”

Again, this was just a dress rehearsal, and it’s no time to question Minnesota’s leader. If anything, I’d be concerned about wide receiver Chad Beebe. He’s got charm and has been the star of training camp, but Beebe has struggled to stay in sync with his quarterbacks (Cousins, Mannion, etc), and it makes them look bad when the lights come on. That said, he was just filling in for Adam Thielen, so getting worked up over his mediocre performance would be a waste of time.

"Put it on me. It wasn't good enough. If we play that way during the season, it's going to be a very tough year." – @KirkCousins8https://t.co/HA1pe5sTbG

Now let’s play devil’s advocate and pretend this was a precursor to Cousins having a down year. It would be far from ideal, but Zimmer has made it clear that this is going to be a run-first offense. Cook only played a handful of downs yesterday, yet he ripped off a beautiful 75-yard touchdown run that left the Cardinals and boobirds in the dust. Further down the depth chart, Alexander Mattison was just alright, but Mike Boone wiped away any doubt of making the final roster. Running the ball isn’t as glamorous as prolific passing, but I’m on board if it leads to a playoff berth.

Another question mark comes with the latest kicking acquisition Kaare Vedvik. He made a couple extra points yesterday, but his two missed field goals were concerning. Normally, Zimmer keeps a good poker face during press conferences, but he didn’t mince words after the game:

“Since we brought Vedvik in, Wile’s been punting good, and Bailey’s been kicking good. Then Vedvik goes in there and misses field goals, so I’m at a loss on that.”

As noted in my last article, I believe the Vikings will enter the season with Bailey as the placekicker, and Vedvik will be handling punts and kickoffs. It’s nice to know he can kick in a pinch, but that shouldn’t be his primary role.

With the media focused on the negatives of yesterday’s game, don’t forget the Vikings left the Bank with a win. Until next time, keep calm and Skol Vikings.