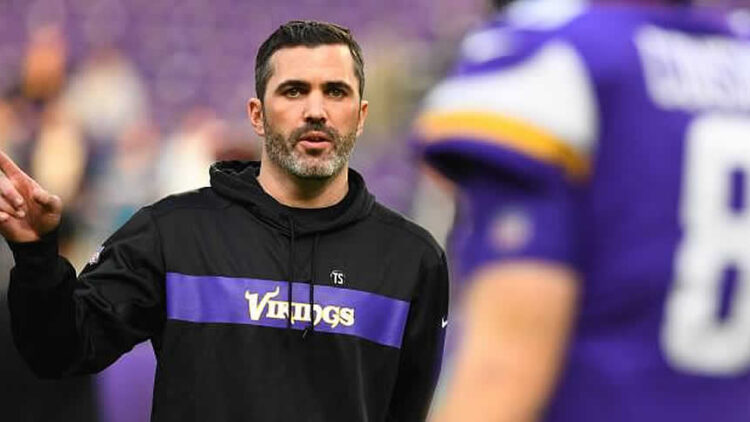 In the 2019 off-season, the Minnesota Vikings announced that QB coach Kevin Stefanski would be their new offensive coordinator.  To date, his tenure has not gone as planned.

Now that the Vikings find themselves the 31st ranked passing offense in the NFL after four games, is it appropriate to inquire about the QB coach that became their OC a few months ago?

What are the principles of his future game-plans as the Vikings’ new offensive coordinator? How will he improve the relationship between QB Kirk Cousins and his Pro Bowl wide receivers?

Who brought in Gary Kubiak and Rick Dennison (a tandem with a roomful of Super Bowl rings between them), to be the “offensive advisor” and “run game coordinator” when Stefanski has spent the last 14 years looking over the Vikings’ offense?  And why?

The truth is, Kubiak and Dennison are exactly what the Minnesota offense needed to begin training camp in 2019. Immensely successful veteran coaches that have traditionally established a powerful and versatile rushing attack to open up play-action and the vertical passing game.

Kevin Stefanki, on the other hand, is an analyst, an assistant, not an experienced NFL offensive coordinator.  A sharp enough guy who was coaching running backs on this team a couple of years ago.  A guy who has to call Brad Childress as his chief mentor.

In addition to the unorthodox facade that all this presents, Stefanski may have had the delusion that he might have someday been an NFL head coach, having already interviewed for such a vacancy in Cleveland a season ago.

Perhaps the best case scenario for Stefanski would have been to see the 2019 Vikings return to 2017 form, go deep into the playoffs with him at the offensive levers and then travel off into an idyllic circumstances where he would land a gig as the coach of the Dolphins or the Jaguars, or whomever else had a crappy 2019 season.

Yeah, Mr. Stefanki, welcome aboard.  Happy to have you. Uh, you do realize that we don’t have the kind of talent here that you had in Minnesota, right?

Writing On The Wall?

Is Mike Zimmer going to make the same mistakes with another young coach who is outmatched when running up against defensive minds like himself each weekend?

Can he even afford to make another bold move if Stefanski and this offense continue to lay eggs on Sunday?

It doesn’t take a detective to understand this. Someone in the Wilf, Spielman, or Zimmer family is truly fond of Stefanski. They want him around. That’s fine, and the hope should be that they are rewarded for their devotion to this young coach. But just what kind of talent does the guy have? Where did it come from? What makes him the equal of his opponents?

Is it the job he did coaching Kirk Cousins last year?  The guy who threw for a million yards but lead the league in turnovers–several of which directly cost the Vikings football games?

Everyone wishes Stefanski all the success in the world, but the NFL is not about ambition and upward mobility. It’s about hard-fought contests where coaching experience very often proves to be the difference between winning and losing.

In that proven sense, the Vikings are taking a dangerous gamble on Stefanski, as clearly evidenced by games in Green Bay and Chicago where their running game both worked and didn’t work, while their passing game was as potent as a water pistol against Aquaman.

Somethings got to give here. Either it’s Kevin Stefanski’s football brain or the ground beneath his feet.