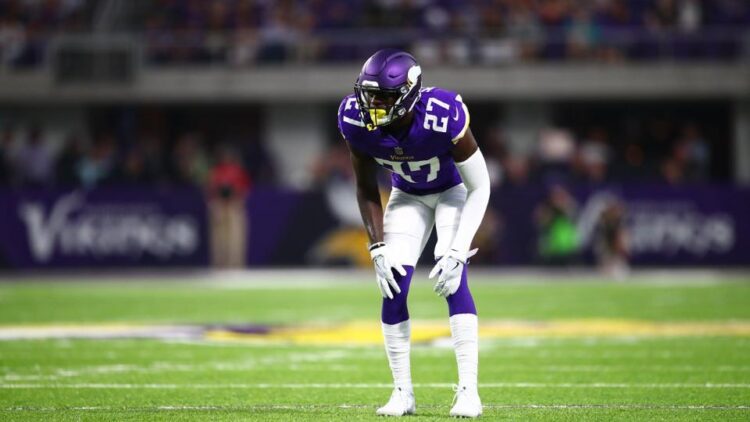 Minnesota has a dynamic duo of safeties in Harrison Smith and Anthony Harris. But, the battle is on between Marcus Epps and Jayron Kearse for the backup role. Epps has only been with the Vikings for a few weeks, but he’s already making an impression at OTAs, even earning reps with the first-team defense. Could Epps steal the job from a veteran like Kearse?

Kearse’s athletic ability made him a top prospect back in 2016, but he fell far in the draft and has been quiet through his first three years. When starting safety Andrew Sendejo went down early last season, Kearse should’ve had an opportunity to show his stuff. The Vikings opted to start Harris instead, and he performed admirably alongside Smith. Kearse did see some action on special teams and as a hybrid player in Zimmer’s “big nickel” formation, but he was only on the field for 19% of the defensive snaps. Much like former wide receiver Cordarrelle Patterson, Kearse has become a gadget player.

Kearse hasn’t been a good fit for the Vikings at safety, and Minnesota’s coaches are reportedly testing him out at linebacker. It’s a last ditch effort to find him a regular role in Zimmer’s defense, but it’s a bad sign for the fourth-year Viking. When a player switches positions this late in his NFL career, it’s usually means the end is near. I’d hate to see a veteran like Kearse go, but Epps is already proving his worth.

Zimmer isn’t known for putting players in during OTAs before they’re ready, so he must have confidence in Epps. When this has happened in the past (i.e. Holton Hill and Eric Wilson), it’s been a good indicator that the player will make the roster and see some action early in their career.

Given the Vikings limited cap space now and in the coming years, it would make sense to move on to Epps. Kearse will be looking for a new contract after this year, while Epps will still be playing on his rookie deal. Zim is particularly skilled at molding defensive backs into starting caliber players, and I think Epps will grab a roster spot at the expense of Kearse.