A Full Game With Thielen And Cook Will Fortify Vikings’ Offense 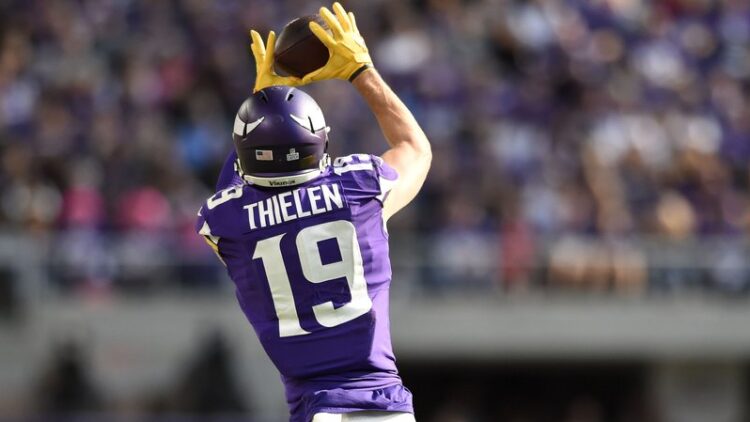 Note from the Editor: We’re extremely honored to be working with Vikings61.com (The ‘V61’) this season!    The V61 is a new Vikings news/content site with some of the best writers in the Vikings media landscape.  Follow The V61 on TWITTER here!  And FACEBOOK here!

With wide receiver Adam Thielen out and primary running back Dalvin Cook having only two carries, the Vikings’ offense wasn’t itself on Saturday.

Tony Dungy, the Hall of Fame coach, was once asked about his innovation of the “Tampa Two”, the modern ‘Cover 2’ defensive backfield shell that teams throughout the NFL employ today.

He said about it: “Systems are nice. But players make systems work.”

A case in point might be the Minnesota Vikings’ offense last Saturday afternoon against the Arizona Cardinals at US Bank Stadium. Missing half of a Pro Bowl wide receiver tandem (Adam Thielen) because of a family funeral, while only being able to hand off twice to chief running back Dalvin Cook twice, Vikings’ quarterback Kirk Cousins may have found himself without the wheels to make his new car go.

Really Not The End Of The World

Does this excuse Cousins’ subpar play?  No.  But it does illustrate how Cook’s mere two carries–one for three yards and the other for an 85-yard touchdown run–could easily gloss over a few miscues by his quarterback.

Oddly enough to gloomy post-game reports, though it was clear that the Vikings’ offense was not running at a higher expected consistency, Cook’s touchdown, if added to a David Johnson fumble returned for a Vikings’ defensive touchdown–of which the game refs made a cartoonishly absurd non-call on–the Vikings would have been sitting on a 14-0 lead after only two offensive possessions.

For his part, Cousins was not happy with himself after his day against Arizona.

Another Look At It

It may be poor form to use the word “if” in regard to a preseason game, but sometimes a quarterback has a bad day.  Without his teammates to support him, to compensate for his uneven play, that quarterback’s mistakes get amplified in a team loss.

What was truly disappointing on Saturday was that the performance of the Minnesota Vikings’ starting offense reminded us of games they lost in 2018.

It’s not a good feeling.

But, with a bit of an still-enthusiastic hypothesis, there’s a case to be made that with Thielen, Cook, O’Neill and perhaps their two best defensive players (FS Harrison Smith and DT Linval Joseph) not missing, this game might have been over by halftime.

So for now–until the Vikings actually lose a real game– lets leave the panic button locked down instead of firing on all despondent cylinders about their play in an exhibition contest.