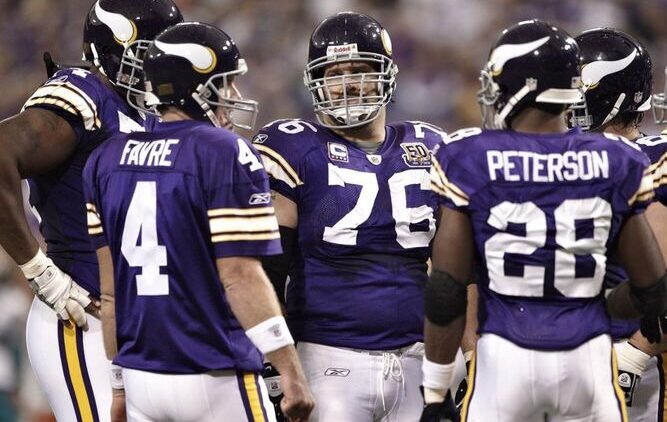 In a recent piece, I talked about the receiving 10/100/1000 stat line, i.e. 10 receiving touchdowns, 100 receptions, and 1000 receiving yards. At first glance, the modern NFL is definitely a passing game. In 2018 the total amount of passing yardage in the league more than doubled the number of rushing yards, and there were almost twice as many first downs converted through the air. Despite this, there are far fewer receivers accomplishing 10/100/1000 seasons compared to their running back colleagues, i.e. seasons with 10 rushing touchdowns, 100 carries, and 1000 rushing yards. Since 2010, there have been 13 player-seasons where receivers reached 10/100/1000. Running backs blow them away at 32.

Why does the league focus on wideouts instead of ball carriers when they seem to have no shortage of stars to highlight? I think it’s quite simple: the run game just isn’t sexy anymore. While the quarterback will always be king, the wide receivers and tight ends comprise a majority of the highlights you’ll find on television and online today. It makes sense why: a good receiver has to be able to run routes, evade defenders, jump like NBA players, and catch the ball in a sea of hands. Every part of their job from the snap to being downed requires skill, and this combination of talents at an elite caliber is rare. It’s why players like Antonio Brown are demanding trades for larger contracts, and teams like Minnesota are preemptively giving their all-stars big signings to entice players to stay.

A good running back has to….run well. Simple in theory, but in practice, it’s much more difficult. These players have to jump just as high, break tackles just as well, and run even faster than receivers. So why aren’t they on SportsCenter Top 10? Rushing touchdowns aren’t as exciting as end zone cameras capturing the toe-dragging hail mary passes, and they never will be. A pass has a chance not to be caught, but a run only fails if the player fumbles the ball, which is fairly rare across dozens of rushing attempts per game. The risk in passing is exciting. Unless you’re running for over 50 yards on a single attempt, don’t expect to be talked about on Twitter.

Okay, now we know why running backs aren’t as popular to fans and the media, so let’s give them the recognition they deserve, namely our own stars in purple and gold. There are three players to have 10/100/1000 seasons for Minnesota: Chuck Foreman, Terry Allen, and (you guessed it) Adrian Peterson.

Chuck Foreman was drafted 12th overall in 1973 and instantly proved his worth to the team. The 1973 Offensive Rookie of the Year, Foreman was selected to the Pro Bowl in each of his first five years and was named First-Team All-Pro by the Associated Press in 1975. The Maryland native had two consecutive seasons with 10/100/1000 stat lines:

In those years he was absolutely dominant, in the top five of almost every offensive category in the league. In ‘75 he led the league in receptions and had the second-most touchdowns and total points scored in the league, even surpassing kickers. The only player to beat him was O.J. Simpson, who had one more touchdown. Foreman came back in ‘76 to claim the title of most rushing and receiving touchdowns.

The University of Miami alum spent his entire career in Minneapolis, save for his final season with the Patriots in 1980 where he had only 23 rushing attempts in 16 games. Foreman will always be remembered as a key component of the 1970’s Vikings squad, along with Hall of Fame quarterback Fran Tarkenton and legendary HoF coach Bud Grant. Chuck helped bring the team to three Super Bowls in four years for a combined record of 45-10-1. Yes, the purple people eaters lost the big game all three times, but three conference championships and six consecutive division titles (‘73-’78) is nothing to scoff at.

Terry Allen didn’t have the same explosive start or monumental career that Foreman did, but he still had a great year with the team. A ninth-round draft pick in 1990, Allen’s ‘92 season was the best of his three in Minnesota, and one of the best of his career. With a final line of 13 touchdowns, 266 carries, and 1201 yards, Allen finished top ten in the league in all three categories, and second in overall touchdowns to boot. Allen would move to the Redskins in 1995, where he had consecutive 10/100/1000 seasons.

So here we are, the moment you’ve all been waiting for: Adrian Lewis Peterson, Purple Jesus himself. Peterson has had more 10/100/1000 seasons than not in his career, and ties Emmitt Smith with the second most seasons overall at 7, trailing behind only LaDainian Tomlinson with 8. He also had the second-best 10/100/1000 season ever in terms of rushing yards, behind leader Eric Dickerson by only five yards.

The seventh overall draft pick in 2007 became an immediate superstar as a rookie. Winning the 2007 Offensive Rookie of the Year award, Peterson was second in rushing yards and touchdowns that year, trailing only behind Tomlinson (his seventh season). Over the 2007-2010 period, he led the league in rushing touchdowns, attempts, and yards by a wide margin. He had 52 touchdowns in 54 starts. Nothing could stop him.

Sadly, Purple Jesus has found a new congregation, leaving the twin cities after 2016. He continues to be unstoppable, finishing fifth in rushing attempts and eigth in rushing yards in 2018 at 33 years old for the Washington Redskins.

Foreman, Allen, and Peterson were all talented in their primes; what about the current roster? Unfortunately, the team’s running game left with Peterson. General manager Rick Spielman sought to replace Peterson in the 2017 draft, using the 41st overall pick on Florida State’s Dalvin Cook. Cook entered FSU as a freshman one year after the team won the last ever BCS Championship. From 2014-2016 the Seminoles had a 33-7 record, going to a bowl game all three years and winning the 2016 Orange Bowl over Michigan 33-32, where Cook was named the bowl’s MVP. In his three collegiate seasons, he had 4464 rushing yards and 46 touchdowns, so he was seen as a potential replacement for one of the greatest running backs in the history of the game.

Sadly, the football gods have no mercy and Cook suffered an ACL injury in 2017, ending his season after Week 4. In those first four weeks, he had performed exactly as expected, with a game average of 18.5 carries, 88.5 rushing yards, and 0.5 touchdowns. But following his return to the active roster in 2018 (where he still wasn’t completely healthy), he averaged 12.1 carries, 55.9 rushing yards, and only 0.2 touchdowns over eleven games. Cook hasn’t been the same since his injury, but hopefully, another offseason of rest and recuperation will restore him to his 2017 form.

Spielman didn’t put all his eggs in one basket though, and in 2017 the Vikings acquired Latavius Murray from Oakland. Murray was signed to a three-year, $15 million deal, and was seen as the probable starter for the 2017 season. However, Cook edged him out of that role in training camp. After Cook’s injury, Murray assumed the starting position for the rest of the season, averaging only 52.6 yards per game, although he kept pace with Cook’s 0.5 touchdowns/game average. With Cook returning in 2018, Murray naturally saw fewer snaps, although his average yards/attempt increased from 3.90 in 2017 to 4.13 in 2018, so he didn’t take the backseat role with a careless attitude.

As it stands now, the purple and gold are fairly far from having another 10/100/1000 running back, much less an elite talent like Peterson. The team is fortunate to have an outstanding quarterback and arguably the best duo of receivers (trio if you add in TE Kyle Rudolph). Cook can also catch; in 2018 he had 40 receptions for 305 yards and two touchdowns. Given all the receiving talent, I think the team should focus on fully restoring Dalvin so he can start all 16 (or more) games next season. Fix the offensive line, maybe draft another young running back to prepare for Murray’s departure, and the team will be in an excellent position.