The Case for Zim 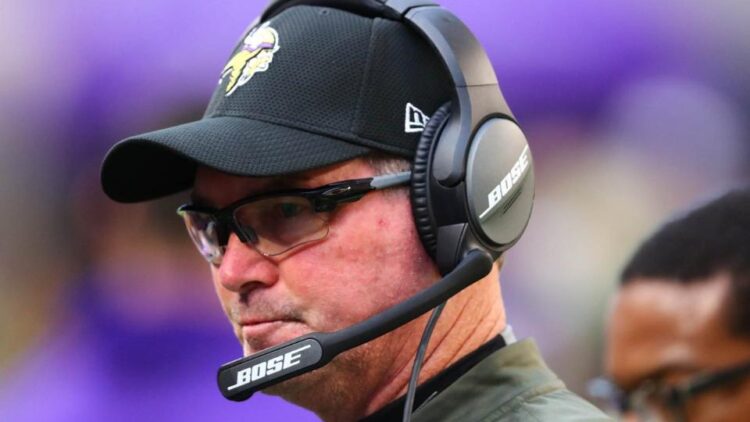 The NFL regular season is over, as is 2018, and the end of the year reaper is taking coaching victims like a fall harvesting. As of this writing, five coaches have bit the dust (six if you count the Packers Mike McCarthy). But if you listened to or read any Vikings commentary since yesterday, there have plenty of folks calling for the head of one more—Mike Zimmer. Well, that isn’t happening, and in my opinion it shouldn’t.

I do know that this this notion is in opposition to my Morning Joes’ co-host Joe Johnson, as he stated when he was fuming and smoking on his post-game periscope on Sunday. (Alert—you may want to turn into the Morning Joes on Wednesday morning—we moved it to avoid the holiday—and listen to us debate it further.) But I have felt all season and continue to assert that Zimmer should stay.

I predicted it back in November for a story I wrote for The Sports Post and PrimeSportsNet.com that Zimmer wasn’t going anywhere. And certainly predicting it is no great shakes—it is either a yes or no situation—what’s more worthwhile talking about is what should happen. It was reported on Monday that Vikings owner Zygi Wilf said that both Rick Spielman and Zimmer are safe, so we can now speculate if this was the right thing to do.

The twitter-verse has been lousy with “fire Zimmer” since yesterday’s poor performance in the “win-and-get-in” game against the Chicago Bears. With everything on the line, the Vikings showed up late to the game on offense and defense and that dug them a hole they could not climb out of. Certainly they couldn’t climb out against a very good—and simply better—team such as the Bears.

Folks want to lay that all at the feat of Zimmer, with, perhaps, Spielman and quarterback Kirk Cousins standing just behind him, so that a little bit gets on them. And that is fine. There is justification for that point of view. This kind of criticism comes with the territory for those folks, so you may fire away. But I am not in that camp.

That game on Sunday was extremely disappointing—on so many levels—not least of all that it allowed the Philadelphia Eagles back into the playoffs. But when you look at the whole season, it is hard not to surmise that the Eagles are a better team than the Vikings and deserve to be there more than Minnesota. And I firmly believe had the Vikings pulled out the win somehow on Sunday that we’d all be having this discussion next Monday after the Bears beat the Vikings in Soldier Field. So, I will find solace in the 18th pick in the draft instead.

The Vikings’ finish looks bad compared to where they were last season. (And while I was an advocate for keeping Case Keenum, I do believe now I was wrong then and am glad they made the move for Cousins. It was right to get a better quarterback who could handle more of the offense and was better at reading defenses.) But if you are blaming Zimmer for this season then you have to credit him for 2017.

Zimmer and Spielman have brought the franchise to this point, and while there may be some greener pastures shimmering on the other side of the fence, I don’t think the Vikings would have gotten to last season’s heights without this brain trust. The defense doesn’t become top five the past two seasons without Zimmer, et. al. And the offense doesn’t appear on the cusp of excellence without them.

But the offensive line is where the brain trust is culpable. I have been advocating for it for several years, even before it became widely popular in Vikingville to do so. Many decades of watching the game has proven to me it is won in the trenches, and while drafting skill positions (and defenders, in Zimmer’s case) is much more sexy than offensive linemen, the brain trust can no longer ignore the unit with their greatest assets: a first- and second-round draft pick. It is not like they haven’t tried (Clint Boling and other free agent swing and misses come to mind), it is that it just hasn’t worked out (Alex Boone, Bret Jones). That is on them and needs to be remedied this offseason—via free agency, the draft and even an unlikely trade.

Any of you folks who have read me (all three of you and my family, perhaps) know that I put a lot of stock into the human side of this business. I never want to forget that the players, no matter how much they are getting paid (and how much our purchases subsidize them), are human and subject to good and bad days, decisions and performances. And that sometimes, they run into players that are just simply better. This is not an exact science, and human beings can’t always just nut up and play they way that you expect them to when they lose a beloved offensive coach days before the season. That has to be factored into this season.

Over and above that (here comes the excuse parade), the team got a new offensive coordinator and changed him in mid-season (again), They got a quarterback working with a new offense. They lost their first-round pick to season ending injury again. They lost their star running back for a good portion of the season. They lost their left guard before the season and got their center back late. They have another former first-rounder that didn’t work out at receiver. And the list goes on. Some of these factors become the responsibility of the brain trust; some of them do not. So, you are can still make your case for cutting the whole bunch loose. I won’t join you.

Ultimately, I don’t want to go back to the days of Leslie Frazier, Brad Childress or even Mike Tice—those days always brought us back to where teams such as the Packers, Arizona Cardinals and New York Jets find themselves today. While there is excitement at the point of acquiring something new, it always takes a while to build that new thing into something that we all want to cheer for (and perhaps my age makes me more aware of the clock on finally getting to the promised land). In addition, there is no guarantee that what you just acquired is going to be better than what you let go. Let’s see if Sean McVay takes the Los Angeles Rams further than Zimmer did last year. Or that Matt Nagy will with the Bears. Or that Andy Reid will in Kansas City. There are no guarantees.

But there are guarantees, in my mind, that Zimmer is better than what we had at the helm in recent memory (I have stated their names above). And in order to get to the point we all want the Vikings to be, it takes time to build. Things change fast, but usually nothing of permanence happens overnight.

So, I am still in for what Zimmer and Spielman and the rest of crew is building. I still feel the Vikings are on the cusp of another playoff run, and I would like to give Cousins another chance to lead it. If it is more of the same next season (particularly behind a better line) than I start thinking about the future with someone else. But, for right now, the Vikings have determined that Zimmer and Spielman are the people to direct that charge. And I am on board for them being the ones to do it.