Vikings vs. Jaguars By the Numbers Featuring PFF Grades From Denver 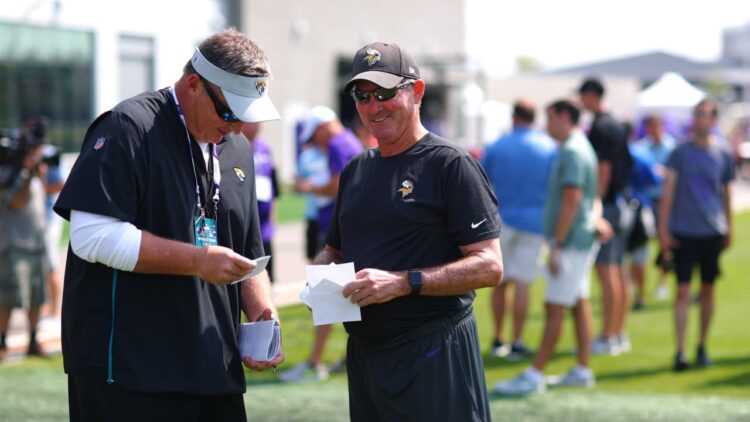 It’s Vikings game day baby! Let’s begin this festive occasion by taking a look back at the individual performances from Denver last week. VT’s new sponsorship agreement with Pro Football Focus allows us to bring you PFF player grades, analysis, in-depth knowledge, rankings and almost anything else your heart desires in terms of statistics. So, stayed tuned for Vikings Territory for your weekly PFF fix.

For an explanation on how PFF grades are calculated, please read this article which explains the process in-depth.

Another notable low grade came in from OL Aviante Collins (44.4). While these grades are only from one game, the first preseason game of the season nonetheless, these players will look to improve upon their performances moving forward, starting today.

The Vikings take on the Jacksonville Jaguars in their first preseason home game of 2018. U.S. Bank Stadium will open its doors for two squads that have become quite familiar with each other over the past week. Minnesota hosted Jacksonville at the team’s brand new practice facility for two joint practices on Wednesday and Thursday. The players got along well at the TCO Performance Center in Eagan, and while that’s likely to continue in today’s preseason matchup, it’s finally time for the Vikes and Jags to cut loose and let it fly. Here’s a look at both teams by the numbers.

The Vikings home record in 2017 was 8-1 including the playoffs.

The Jaguars away record in 2017 was 5-5 including the playoffs.