Vikings Salary Cap Update: Am I Seeing What I’m Seeing? 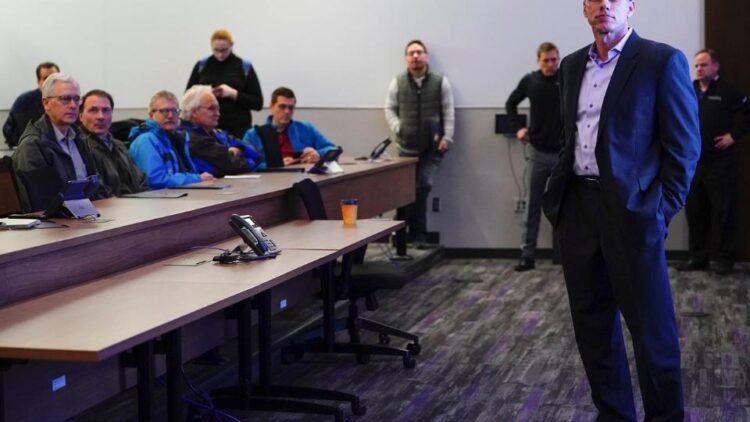 According to the Public Salary Cap Report on the NFLPA’s website, the Vikings currently have $19,979,600 in salary cap space, with 60 players under contract. The team carried over $13,729,203 in cap space from last season. Keep in mind, only the highest-paid 51 players count against the salary cap during the offseason.

The Vikings signed Kirk Cousins to a fully guaranteed 3-year, $84 million contract. He will have cap hits of $24 million, $29 million, and $31 million the next three seasons. Minnesota also traded for backup quarterback Trevor Siemian. The 7th-round draft pick out of Northwestern will make $1.9 million in 2018, the last year of his rookie deal.

More on these two later.

Even though the Vikings splurged in free agency and spent $92 million between Cousins and Richardson, the team saved a ton of money by spending minimally on in-house free agents. Very few free agents were brought back, and those that were signed did so on incredibly team-friendly deals.

All of these players will make less than $3 million annually. On the contrary, let’s take a look at the players that left Minnesota. Nearly all of the players that departed in free agency will make more money with their new teams, and quite a few of them will make substantially more.

Altogether, these players accounted for roughly $33 million in cap space for the Vikings in 2017. In 2018, the same players will account for at least $65 million on their new teams, a difference of around $32 million. Remember, Cousins and Richardson will account for $34 million in 2018.

As stated above, Minnesota has roughly $20 million in salary cap space. The reason the Vikings are currently carrying that much money likely comes down to extending the contracts of multiple players that will become free agents in 2019.

For reference, here’s how much each player extended before last season received:

The Vikings are expected to pick up the 5th-year option of cornerback Trae Waynes before the May 3rd deadline. Minnesota will pay Waynes roughly $13 million during his option year (2019). Due to the high salary, it’s possible the team will try to reach an extension with the former first-rounder after the season to lower his cap hit.

We’re not even to the NFL Draft, and yet, the Vikings’ front office staff deserves credit for another impressive offseason. Keeping the team competitive and out of cap trouble for the foreseeable future is every general manager’s goal.

Not only was landing Cousins a monumental signing, but back-loading his contract made it possible for the team to absorb his large salary while also having enough cap room to hand out extensions to future free agents.

Furthermore, Minnesota went and signed one of the best 3-techniques in football in Sheldon Richardson. He’s an upgrade for the No. 1 defense in the NFL. Also, the team traded for 26 year-old quarterback Trevor Siemian, who has more potential but will make less money than Case Keenum did as a Viking.

Now, there is still work to be done. The Vikings will need to find out a way to extend the contracts of key starters while staying under the salary cap. By conserving roughly $20 million in cap room, the team should be able to heavily front-load at least one of the extensions for Barr, Hunter, Kendricks, or Diggs before the season. That’ll provide enough cap relief next season for the team to work out deals with the others. It’ll take some contract structure manipulation, but it can be done.

Said Fitzgerald, “I think (the Vikings are) still healthy with their cap. They can make the numbers work…If they get those extensions done, it’s very likely they would run close to the cap this year, but there’s nothing wrong with that.”

One major affect stemming from all these large contracts will be the inability to sign depth players. That may hurt the Vikings down the stretch if injuries arise. But with the unpredictable nature of injuries, a recent history of draft success and a coaching staff known to be able to develop young talent, it’s a risk the franchise appears willing to take.

At this rate, the Minnesota Vikings are on the verge of having a Super Bowl caliber roster and actually keeping it together for years under the salary cap — that’s simply amazing.