Vikings at Titans By the Numbers 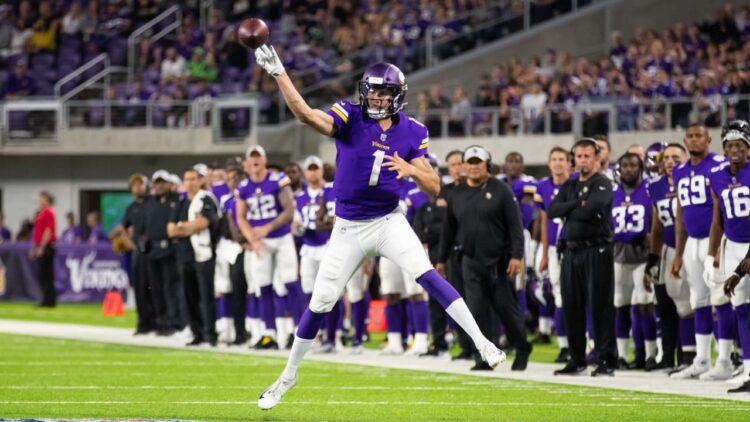 Tonight, the Minnesota Vikings (2-1 in preseason play) take on the Tennessee Titans (0-3) in Nashville in each team’s preseason finale.

In all likelihood, the vast majority of Vikings starters won’t play. The backups will have every opportunity to prove they belong on the team or practice squad. Tonight’s game marks the last chance for fringe players to make an impression before roster cut downs.

While the heavy lifting is over, that doesn’t mean there’s no work left to be done. There’s still plenty to be decided. Here are some noteworthy developments worth watching during the Minnesota’s last preseason matchup.

On the other sideline, Tennessee is coming off a 2017 season in which they finished 9-7 in the regular season and reached the divisional round of the playoffs. Their season was ended by the New England Patriots.

Despite finishing 9-7 in back-to-back seasons and reaching the playoffs last year, the Titans fired head coach Mike Mularkey after the season and hired former Patriot linebacker Mike Vrabel. It’s only the preseason, but Vrabel will be seeking his first victory as Tennessee’s head coach tonight.

Also during the offseason, the Titans lost running back DeMarco Murray to retirement. That paved the way for 24 year-old Derrick Henry to take over starting duties while another former Patriot, Dion Lewis, was added to complete a formidable RB duo.

While the Titans addressed the defense with nearly of all their picks in April’s draft, they continue to build around 24 year-old quarterback Marcus Mariota, the pride of Honolulu, Hawaii. Left tackle Taylor Lewan was extended in July to protect Mariota’s blind side for years to come and the team brought in Matt LaFleur from the Los Angeles Rams to coordinate the offense.

While we may not see Tennessee’s starters tonight, the Titans remain and up-and-coming team worth watching in the AFC this season.

Tonight, young players on both teams will vie for an opportunity to latch onto a team and continue their NFL journeys, whereas the veterans will try to prove they still belong in the league. That’s the preseason for ya. Without further adieu, let’s take a look at how the Vikings and Titans stack up by the numbers.

The Vikings away record in 2017 was 6-3 including the playoffs.