Vikings at Broncos By the Numbers 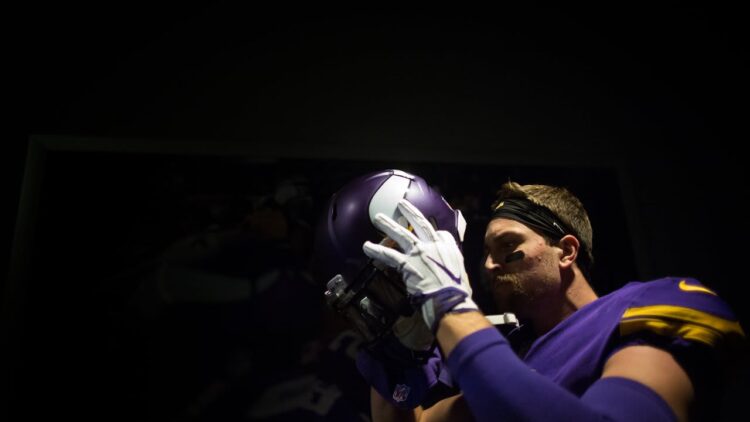 Vikings football is back! Well, just about. In only two days the defending NFC North Division Champions will take on the Denver Broncos in each team’s first preseason game of the year. Although it’s only the preseason, there are some interesting storylines surrounding the matchup.

The Vikings and Broncos had very opposite 2017’s. Minnesota finished the regular season 13-3, won the division, beat New Orleans in the divisional round of the playoffs and fell one game short of reaching the Super Bowl.

Denver, on the other hand, had a down year. Under first-year head coach Vance Joseph the Broncos struggled to a 5-11 record and finished last in the AFC West. Trevor Siemian, Denver’s leading passer from last season, is now the backup quarterback for the Vikings.

The new man tasked with leading the Broncos back to the playoffs for the first time since 2015 is none other than former Minnesota quarterback Case Keenum. With Keenum at the helm the Vikings were 13-4 including the playoffs and the regular season win at Chicago. Will he be able to repeat the magic for Denver?

The Vikings made their opinion on Keenum known this offseason when they decided not to bring back the 30 year-old. Instead they opted to go big (at least financially) and put their trust in a quarterback that had not been given that courtesy by his former team. Kirk Cousins is the guy that’s been entrusted to lead Minnesota to the first Super Bowl title in franchise history.

Lofty expectations right? Well, such is life in the NFL, especially when you’re making a fully guaranteed $84 million.

On Saturday night we’ll get a sneak preview of how each team has changed over the course of an eventful offseason. Until then, let’s take a look at how the teams stack up by the numbers.

The Vikings away record in 2017 was 6-3 including the playoffs.