Fins at Vikes Preview–Race to the Postseason is On 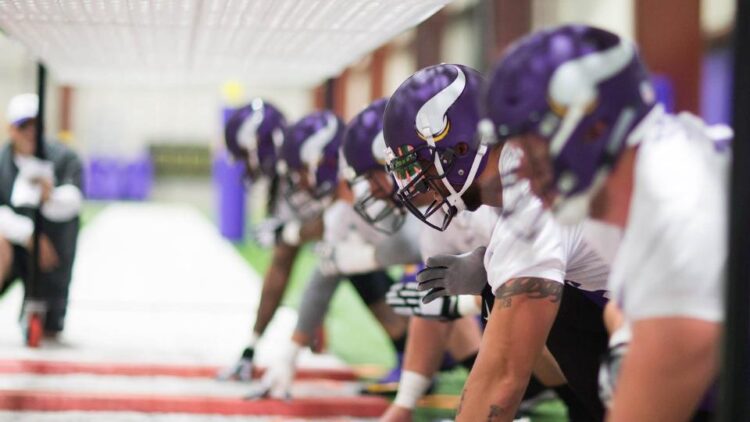 The Vikings’ quarterback Kirk Cousins met the media on Wednesday in the wake of the dismissal of offensive coordinator John DeFilippo just one day earlier. He had spoken with the outgoing OC and said that, as expected, DeFilippo handled it with class all the way. But like many of the players, Cousins felt some responsibility due to the Vikings’ lack of offensive production that resulted in the DeFilippo firing.

“That was one of the things I did communicate to Coach Flip yesterday was,” Cousins said. “I believe with the ball in my hand, had I played at my fullest potential, play in and play out, we’re probably not having this conversation right now. That’s something I take personally and is certainly tough for me, and keeps you up at night. But at the same time, all you can do now is go forward and you know, hey, [we’ve] faced adversity before, been able to overcome it, been able to push through it.”

It was a slightly somber, yet player-filled locker room, as the Monday night game threw the Vikings schedule out of whack, and many of the players, who are typically hard to find there, were making their way through as the media was present. Center Pat Elflein also chatted about the loss of DeFilippo, saying the players lack of execution certainly had a hand in the change. But changes have come often for the offensive line this season, and he says executing his job is the only way through it.

“It’s a lot of changes,” Elflein said. “But I think with all those changes going on and how the business of the NFL is, you have to attack it one day at a time. Know what your task is at hand for that day, no matter who is calling the plays or running the meetings and give that everything you’ve got. The business is the business and it changes a lot, and as a player you really have to lock in each day and execute your task that day, because it can change all the time.”

Elflein said the next three games on the schedule present an opportunity and a tough task to take care of business, and that’s where the focus needs to be right now.

That sense of urgency begins on Sunday when the Vikings host the Miami Dolphins at U.S. Bank Stadium at noon (the first time in five weeks that the Vikings have hosted a noon game on Sunday). The Vikings have a slim, half-game hold on the final Wild Card spot in the NFC, and they will have to win two games (perhaps all three) to make the playoffs. They appear to be clamoring and scrambling to hold their ground.

The Dolphins, on the other hand, are flying high (as high as fish can, that is). They come to town on the heels of a great home win over their longtime AFC East rival (and nemesis) the New England Patriots. The Fins beat the Pats on a final, last-second, desperate, multi-lateral, Cal versus Stanford band-like play that still has them buzzing in Miami. But if they are anything like the Vikings, who had their own miracle play last season, they will celebrate, stay high emotionally all week and come in flat on Sunday.

Don’t count on it. The Dolphins are trying to make the playoffs for only the second time since 2008 and they were quite rejuvenated by the victory. The Fins are 7-6 and tied with three other teams—including the Baltimore Ravens, who currently hold the sixth playoff spot. The motivation will be high for Miami.

The Dolphins don’t have the best defense in the league; they are ranked 29th in yards allowed, 25th in passing yards allowed, 29th in rushing yards allowed and 26th in points (giving up 25.6 per game). That is nothing to write home about (although the fact that they are second in the league in interceptions with 19 is worth a missive). It appears there are some places where the Vikings can make hay against them, but only if, with the addition of new offensive coordinator Kevin Stefanski, they can get the football in the end zone. Some changes might be coming but the goal remains the same: score touchdowns.

“When I’m saying not a lot’s going to change, I mean we’re not going to become a team that runs a zone read every play and runs a bunch of trick plays, and we’re not going to just reinvent our offensive scheme,” Cousins said. “But what needs to change, as far as execution, is we’ve got to score points. And you do that and you put yourself in a position, especially with the way our defense has played. So, that’s where our focus is, how do we score points? How do we execute play in and play out to make sure we’re getting in the end zone and coming away with enough points to win a game?”

Pretty simple, in theory. The execution is the key. This game is so much about the Vikings and how their offense plays, because as we saw last Monday night in Seattle, the defense is peaking at the right time and playing some of their best football of the season. The defense will face an offense from Miami that recently got its starting quarterback, Ryan Tannehill, back from injury yet still is 29th in total yards per game (ranked 27th as a passing offense and 18th as a rushing offense) and 22nd in total points 21.4 per game. Last week against Seattle, the Vikings defense contained a hot quarterback in Russell Wilson and the top rushing defense in the league. Play as inspired as they did in Seattle and the defense will be fine.

It’s on the offense. But then we know that since they have struggled, and the team fired the OC this week. No pressure, Kevin Stefanski, in your first game as an NFL play caller. It is said that you are ready for this gig. Well, the rest of the season, the one that head coach Mike Zimmer didn’t want to waste and therefore made the change, rests with you and how you position the players to best score points.

“I felt like this is what we needed to do at this particular time,” Zimmer said of the change. “I didn’t feel like we could continue to do what we have been doing the last few weeks and accomplish much that we want to do. So, I’m just trying to . . .  it may work, it may not work. You get feelings, and you trust your gut and it’s no different than it’s fourth and eight and you got to call blitz. You meet it head on and you go.”

Head on. Here we go.